The Daily Nexus
Opinion
An Open Letter to the Person That Thinks It’s Ok To Eat Cereal With Water
June 17, 2021 at 9:00 am by Christine Tu 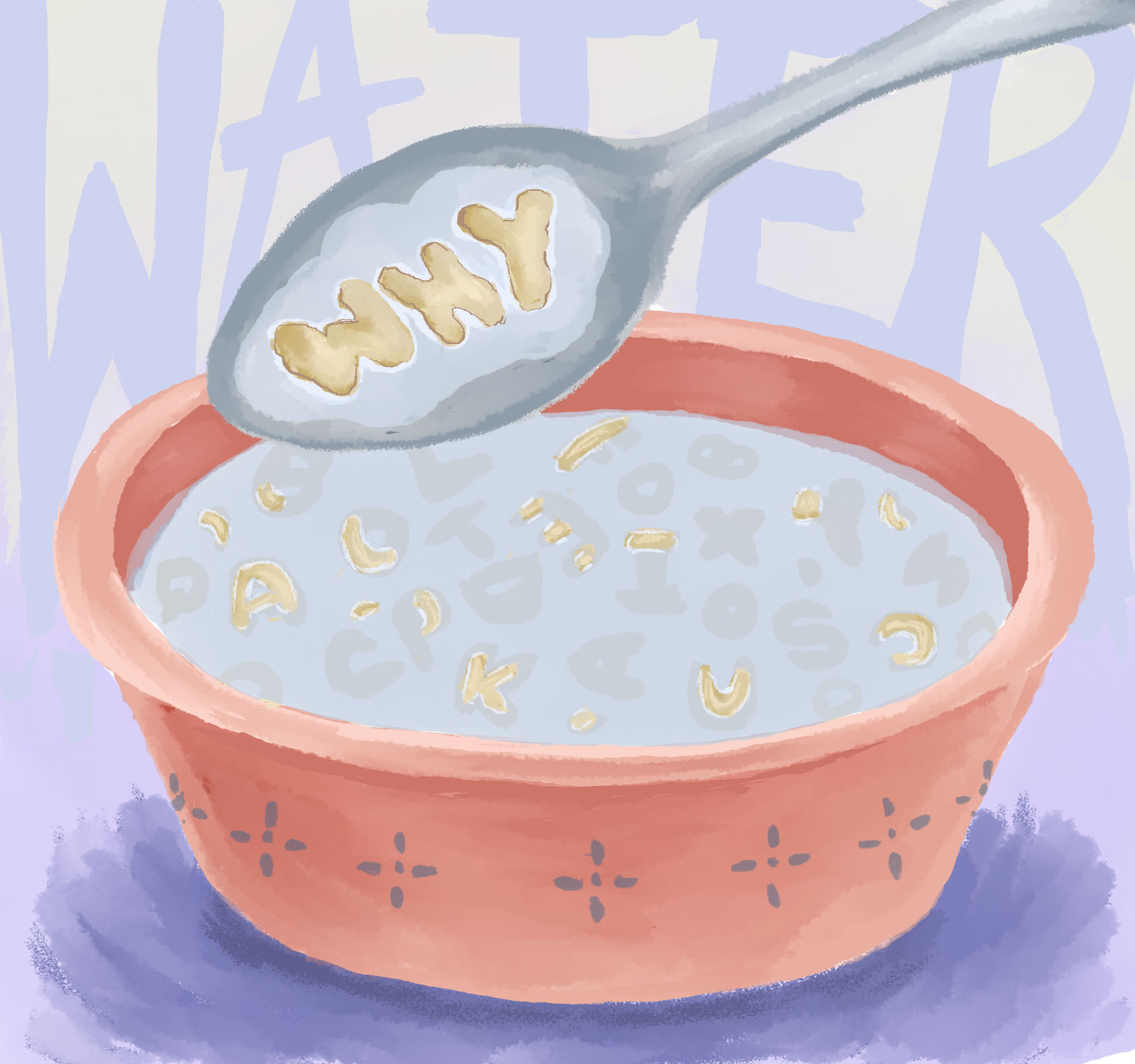 So I was going about my day, scrolling idly through Reddit when I happened upon a rather disturbing post that immediately evoked a strong visceral reaction: this misguided soul who believes that eating cereal with water is better than eating it with milk.

Fascinated yet disturbed, I clicked the link the original poster (OP) had attached showing video proof of his heretical beliefs and gasped in abject horror as I saw the damning evidence — a plastic spoon dipping into waterlogged Cheerios, the heart-shaped pieces surely crying out in terror, in all providing a soul-crushing POV experience that made me want to scrub my eyes out with soap.

My first thought as I stared blankly at the sickly blue glow of my computer screen, at the post that made me want to throw my computer in the dumpster Ron Swanson-style, leave society for the wilderness and never return, was … why? Just why? In my humble opinion, there are a few given rules that hold the basic foundation of society upright. First, be kind to others, as the golden rule states. Second, don’t break any laws (except jaywalking, there’s a universal pass for that). And third, eat your cereal with goddamn milk. And it can even be literally any type of milk: oat, soy, chocolate … just not water.

I can’t begin to think through the reasoning behind such a deranged action. What pleasure could one possibly gain from mashing soggy bits of cereal diluted by the bland taste of lukewarm water between one’s molars? Mind, this is made worse if you venture into the comments section to find that OP enjoys Froot Loops and Cheerios, specifically, with water. I think the majority is aligned with fellow commentator ObeyRoastMan’s words, “I would rather be tortured than drink swampy Froot Loop water.”

And if you think I’m being too mean, I do have firsthand experience of what Cheerios in water tastes like. Once when I was young — that age when we all dared each other to eat grass on the playground — my brother and I were about to make our everyday breakfast of Cheerios in milk when we discovered that we had run out of milk. Somehow, we thought it would be a good idea to use water instead. Needless to say, the end result was so disgusting we abandoned our heinous creation immediately and reverted to eating boring Cheerios straight from the box because Cheerios sans milk is infinitely better than soggy Cheerios in water.

But perhaps it’s the rebelliousness of it, the fact that OP is protesting against the basic fabric of society itself, that makes the water-cereal combination so enticing.

And for OP, here’s why eating cereal with MILK is the only way to go about this breakfast staple. First, there’s something about the texture of milk that makes it the only true pairing with cereal — it adds another flavor to the mix without overshadowing the flavor of the cereal and perfectly adds just the right amount of moisture to combat the dryness of cereal. In fact, this study from the Journal of Food Science finds that the fat properties of milk allow for cereal to stay crunchy for a longer period of time when soaked, which makes it just perfect. Next, there is the well-known phenomenon of cereal-flavored milk whose popularity has even made it into a product on store shelves. You can’t get that without milk. And then, it’s just how things have always been done.

But perhaps it’s the rebelliousness of it, the fact that OP is protesting against the basic fabric of society itself, that makes the water-cereal combination so enticing. It’s a gesture done in the privacy of one’s own home for the sake of individuality and quiet revolution, which is somewhat admirable in itself. Or maybe I’m just reading too much into it.

So in the spirit of compassion and empathy — and to be honest, peace of mind — I’ll let it go (cue “Frozen” song now). Seeing as this post has almost 80,000 upvotes, I think it’s safe to say that this violently unpopular opinion has resonated in some way with the masses. We all have different tastes and preferences, which is, in a way, something that makes us all unique from the almost 8 billion people on this planet. I also just need to stop thinking about OP’s actions and go cleanse my palette with some cereal in milk.

But hey, maybe there’s some good that can come from this. OP totally would be besties with this woman that opens her cereal bags from the side.

Christine Tu strongly believes that one should only consume cereal in milk or nothing else at all.