The Daily Nexus
Science & Tech
Fleshing Out the Meaning of Regenerative Agriculture
June 12, 2021 at 2:00 pm by Shereen Mohammadzadeh

The semantics slightly vary across published sources, but “regenerative agriculture” seems to stick most. It’s the catchphrase for what is somewhat a new faith, where healthy soil is the savior that will resurrect Earth as it was before the anthropogenic stain. Look closely and find the two words making their appearance among documentarians and in branding. But where did this battle cry come from? And is it something more substantive than just that — a battle cry?

Yes, depending on who you ask.

The Rodale Institute — technically a nonprofit research center but basically the North Star of American organic agriculture — is an active mouthpiece for regenerative farming practices. Back in 1989, Robert Rodale, the son and successor of founder J.I. Rodale, explicitly introduced  “regenerative” as a prefix to agriculture during an interview. He advocated the word “regenerative” in lieu of “sustainable” to describe the social and environmental improvements promised by low-input farming, which is farming that spares soil health by avoiding chemical applications.

“I don’t think the average person aspires to live in a sustained environment,” he explained. “I think the idea of regeneration is […] much more fruitful and an inventive, scientific concept to point the way to opportunities.”

In other words, a paradigm shift: abandoning chemical inputs doesn’t have to merely sustain the conditions of the farmland and community. It is an opportunity to leverage the processes of healthy soil to improve, or regenerate, those conditions. Rodale wanted the verbiage to make that distinction clear.

Rodale’s particularity about those semantics, and the meaning he hoped they would impart, have withstood time. According to the Rodale Institute today, “Regenerative prioritizes soil health while simultaneously encompassing high standards for animal welfare and worker fairness. The idea is to create farm systems that work in harmony with nature to improve quality of life for every creature involved.” The essence follows Rodale’s 1989 prototype: keep soil healthy, and benefits beyond just crop quality will ensue, especially in a social and environmental sense.

Today, however, the Rodale Institute is even more particular about semantics, strictly referring to the practice as “regenerative organic agriculture.” That is to suggest that regenerative practices bear no advantage without implicitly adopting organic practices too.

Another protagonist of the regenerative agriculture conversation is Regeneration International, a nonprofit movement that was born in 2015 when 60 representatives of 21 nations met at a conference in Costa Rica. In 2017, Regeneration International released an official definition paper for regenerative agriculture, describing it as a “holistic land management practice that leverages the power of photosynthesis in plants to close the carbon cycle, and build soil health, crop resilience and nutrient density.”

Now, neither the Rodale Institute nor Regeneration International have succinctly defined regenerative agriculture in terms of what is — only what it should aim to accomplish and how. Such is the case with basically any source. Heck, its definition is so fluid that there is a whole website dedicated to pinning it down.

What does resonate across the board, though, is this idea of holism. Nearly every source argues that the benefits of soil health, the crux of regenerative agriculture, will permeate all domains of existence: the crops, the animals, the people, the atmosphere. That’s an attractive conceptual framework, but let’s slow down and investigate if the science behind healthy soil can really credit all this lofty talk. 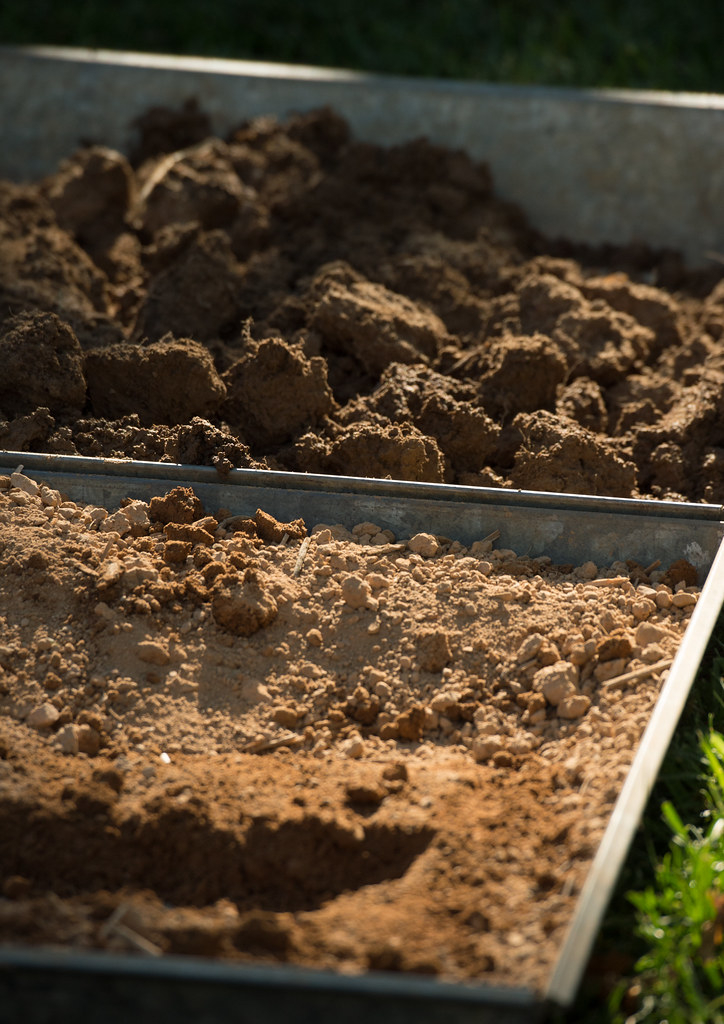 First, it’s important to note that agriculture in any form is disruptive to soil. As stated in a 2010 study on soil pathology, “Most soils of natural ecosystems, even those substantially differing in fertility, should be referred to [as] healthy.” Earth knows what it’s doing, so it would be happiest if we just let the soils be. That is what sets the health standard for soil.

But since not growing food is not an option, the next best thing is doing so in a way that conserves microbial diversity, the foremost characteristic of healthy soil, as much as possible. Soils subject to conventional agricultural practices, which are designed to achieve maximum crop yields, do the exact opposite of that.

Take monocultures, for instance. Entire fields dedicated to a single crop species translates to “an absence of competitive biodiversity,” as discussed in a 2017 report by environmental activist Christopher Rhodes. That means that if a particularly harmful pathogen is introduced to a monoculture system, it will likely wipe out the entire crop field. Rhodes aptly points out that these exact conditions induced the Irish Potato Famine from 1845 to 1849. Alternatively, planting more than one crop species increases the chance that at least one of them could survive pathogen exposure and allow the agricultural system to persist.

However, the conventional strategy to prevent wide-scale crop failure is pesticide application, which kills off the soil’s microbiome as much as pests themselves. Microbes are responsible for recycling nutrients back into the soil — calibrators that ready the land for new plants to grow. To make up for the death of microbes, conventional practices mandate the application of synthetic fertilizers to the fields.

Such intensive use of synthetic chemicals subjects factory and agricultural workers to exposure risks, namely a large variety of health problems. Consumers are not spared from risks either: Residues of chemicals remain in those very crops that feed humans and even more so livestock. The latter offers yet another insidious pathway for such chemicals to enter consumers, particularly those who eat meat, fish and dairy products, due to their bioaccumulative properties. Again, all of this is the price of yield-focused agriculture, which obliterates every other value that food can offer its consumers.

Even though this is a super truncated glimpse into the conventional agricultural system, it is nonetheless an attestation to a broken agricultural system. A system that can only guarantee a high volume of nutritionally wan crops, ridden with the residues of synthetic chemicals, needs correction. It’s worth exploring if approaches which prioritize soil health really can accomplish that.

Take polycultures, for instance. Crop rotation, multi-cropping or inter-cropping promote a mimicry of naturally balanced biodiversity in the field. The resulting pool of soil microbes serve to defend against phytopathogenic developments, taking the role of pesticides.  The decaying residues of diversified crops deposit a corresponding variety of nutrients into the soil, where they are converted into usable form anew by decomposing microbes: nature’s fertilizer.

Further practices can enhance this natural rapport while tackling other environmental concerns. Composting, which entails disposing of food and yard waste separately from trash, is an easy practice that provides local farms with a diversifying, organic and “nutritious soil amending agent” to use in place of synthetic fertilizers. Composting diverts waste from the landfill and spares agricultural workers from both the monetary and health price imposed by lower-quality synthetic fertilizers. 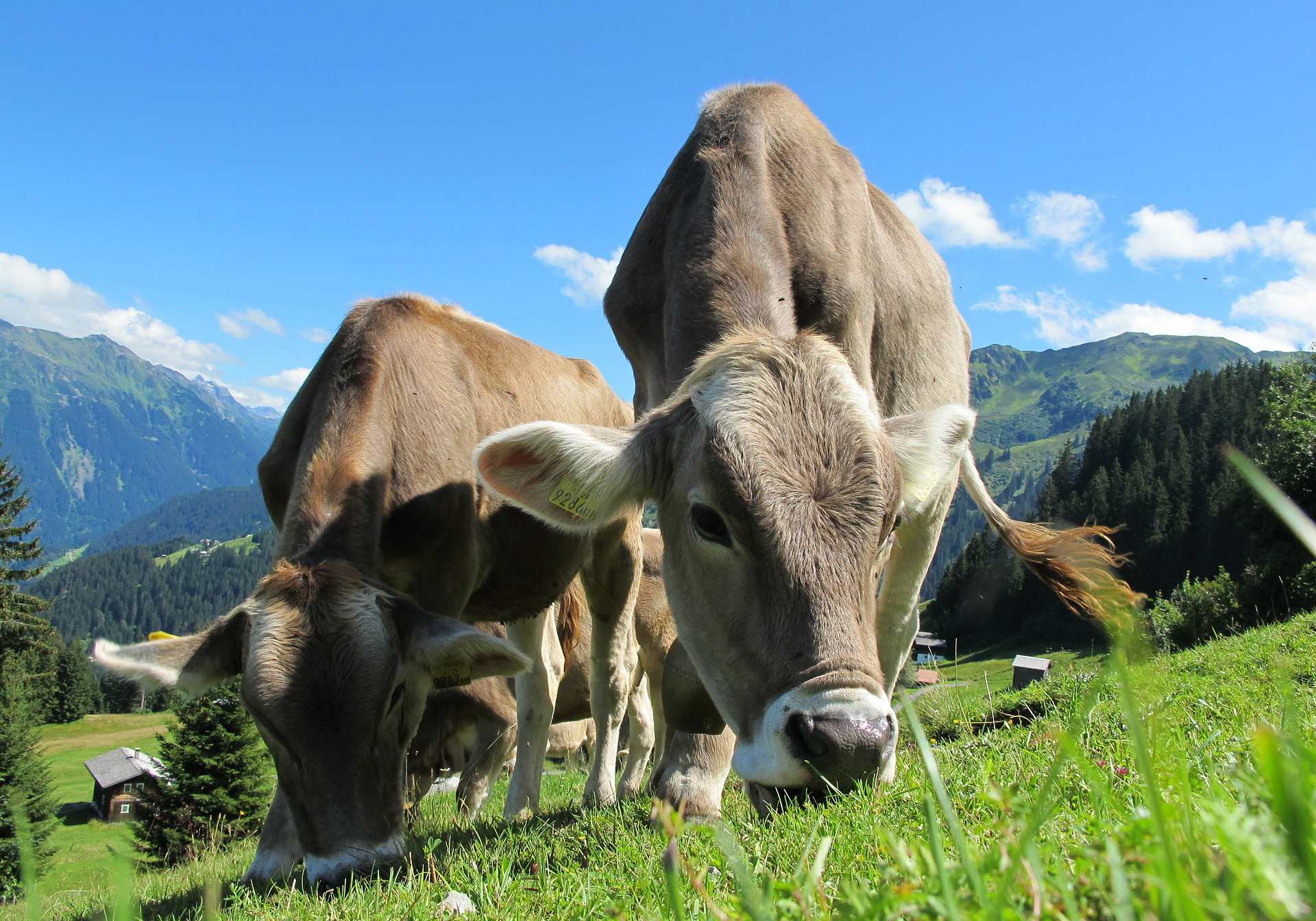 When ruminants roam freely, “they aerate, fertilize, and restore the soils.” Courtesy of Pixabay

Even ethical approaches to raising livestock adds fire to the cause. A 2013 report by the Savory Institute, a movement dedicated to the regeneration of grasslands, outlines how consciously “renewing the relationship of grazing animals to grasslands” promotes chemical and mechanical processes that enrich the nutrient content of the soils. In short, when ruminants roam freely, distributing natural manure and trampling decaying plant matter into the ground, “they aerate, fertilize, and restore the soils.”

Still, it gets better. An innovation plan by Carbon180 confirms that the tantamount co-benefit of these soil-diversifying practices is carbon sequestration. Put simply, the “processes that govern soil carbon transformation and stabilization are largely microbial driven.”

So, there really is some credibility to regenerative agriculture’s rhetoric of “oneness.” Just as holistically broken systems feed themselves, there is growing proof that holistically healthy systems do the same. What also makes these said regenerative practices attractive is that they intrinsically welcome participation from anyone. Whether at-home composting or starting a garden, those solutions can be realized in our own homes. Who wouldn’t want to feel the nobility of that?

The most challenging part of regenerative agriculture is, likely, fulfilling the component of social fairness. The logic is sound: Farmers deserve due compensation for work that prioritizes the health of consumers, of animals, of the atmosphere and of themselves, for crying out loud. So it’s easy to hope that social fairness will ensue. But, history has its counterpoints.

For communities that had already been living out regenerative practices, fairness did not ensue. As a matter of fact, their land was stolen. Regenerative agriculture’s holistic approach emulates the hallmarks of American Indian livelihoods: the harmonies of man, soil, water, air, vegetation and wildlife. What is at stake for numerous American Indians fighting for civil rights is meanwhile branded elsewhere as an exciting environmental movement.

One article highlights this exact irony by comparatively reviewing two 2020 food-system documentaries, “Kiss the Ground” and “Gather.” It warns against an egregious fault that some so-called spearheads of regenerative agriculture commit: “profiting from wisdom held by Indigenous farmers for centuries.” Another examination of the issue remarks, “The regenerative agriculture movement also heavily borrows, without due recognition, from the practices carried out in Black agricultural communities.”

Before moving forward, regenerative agriculture owes a reckoning with its social disparities.

So, while regenerative agriculture is still very much a fluid concept, its momentum is steadfast.

If it stays accountable to its foundation of holistic and diversifying approaches, in a social sense as much as an agricultural sense, then it will hold all the more promise for a better future. It will be more than just a battle cry.