The Daily Nexus
Record Recap
On This Day: The Beatles’ Escapism Through “Sgt. Pepper’s Lonely Hearts Club Band”
May 26, 2021 at 1:15 am by Jadon Bienz and Evan Gonzalez

Burnout happens to everyone — no matter how passionate one is about their work, the day-to-day roadblocks stack into tall challenges. This is certainly the case for musical groups, where disbandment is frequently the next logical step after tiredness begins accumulating. The Beatles, rightful occupants in the pantheon of 20th-century musicians, were not immune to this fate. However, prior to their 1970 disbandment, they refreshed their creative drive via the escapism central to their historical concept album, “Sgt. Pepper’s Lonely Hearts Club Band,” released on May 26, 1967. 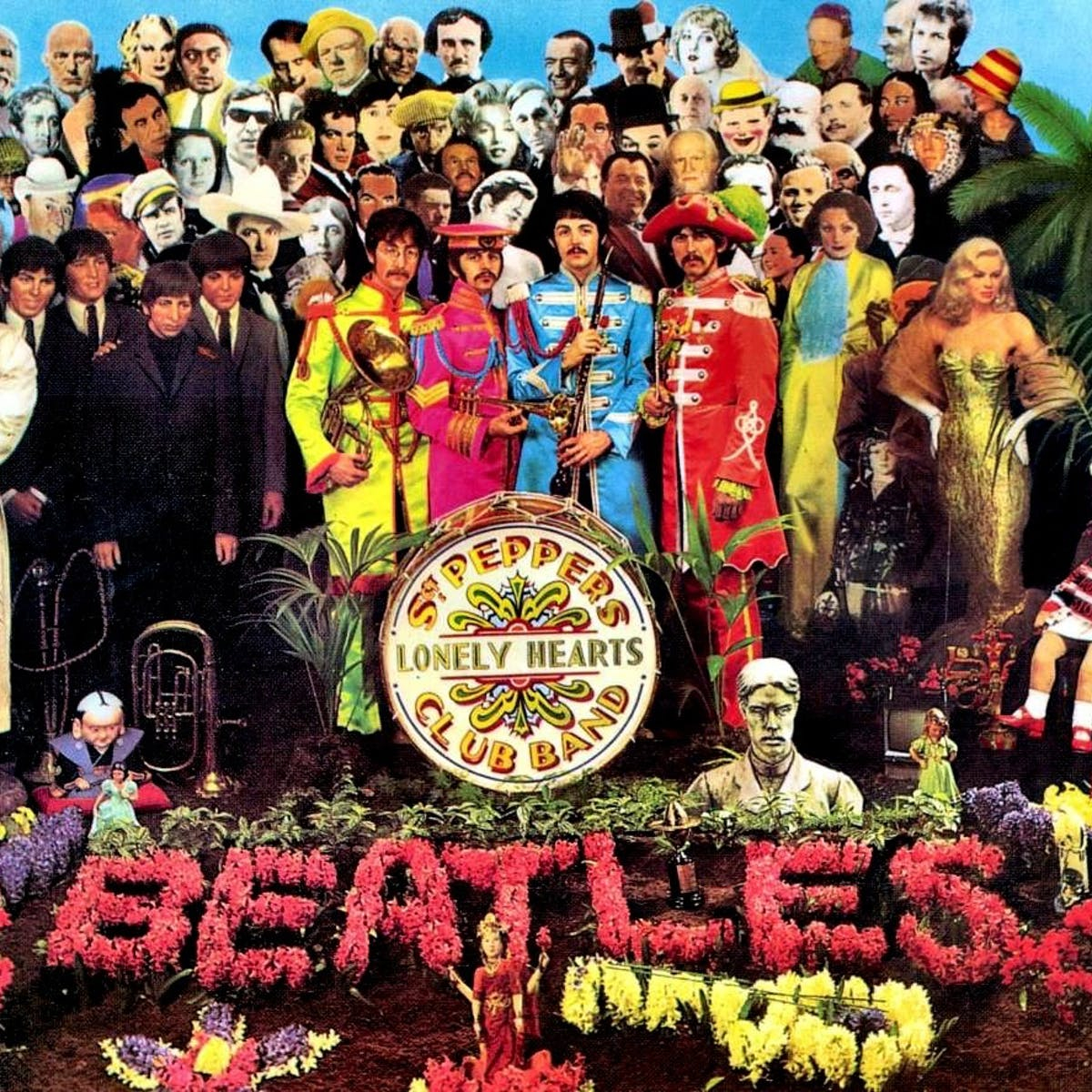 Courtesy of The Conversation

The Beatles initially rose to fame as a heartthrob boy band. Not yet recognized for the creative zaniness of their later releases, the group released cheesy hits like “I Want To Hold Your Hand” that propelled them to United States stardom in the so-called “British Invasion.” However, the band felt confined by these expectations as they continued to grow. Their solution was not just a stylistic shift — they became a whole new band, at least in concept, inspired by the sounds of the late ‘60s.

The London music scene during this period was a place of creative freedom and innovation, the likes of which may never be replicated. The psychedelic sounds of Jimi Hendrix and Cream were emerging as the next step in rock music. Surrounded by this groundbreaking experimentation and, in many cases, being friends with the artists pioneering these new fields, the Beatles were inspired to a new creative avenue and as a result, produced their own spin on psychedelia.

“Sgt. Pepper’s Lonely Hearts Club Band” imagines The Beatles as, well, members of an eponymous fantasy band. The record begins with an announcer introducing the band over playful brass fanfare and cheering from the audience, before drummer Ringo Starr (singing in the place of lead singer Billy Shears) takes over. This showmanship continues, as the group begins to tell dramatic tales through its songs.

The parade-stomp of “Being for the Benefit of Mr. Kite!” invites listeners to join a show and watch circus performances ranging from “Mr. H [demonstrating] ten somersets he’ll undertake on solid ground” and “Henry The Horse [as he] dances the waltz.” A more emotional story is found in “She’s Leaving Home,” a vocal harmony and harp-driven ballad about a girl eloping because her parents were devoid of the “one thing that money can’t buy” — fun.

Beyond these storybook tales, Sgt. Pepper and his bandmates weave the monotony of daily life into cute vignettes. “When I’m Sixty Four” is a playful take on the trope of growing older as lovers, uniquely padded by a bouncy trio of clarinets. Paul McCartney humorously asks, “Will you still need me, will you still feed me,” promising cute gestures ranging from mending a fuse to renting cottages in the Isle of Wight.

“A Day in the Life” starts out as a ballad that illustrates a series of tragic newspaper stories before evolving into one of the most Beatles-esque Beatles songs: McCartney goes through his morning routine before the orchestra crescendos into a psychedelic kaleidoscope of sounds, finally resolving into a single piano chord that rings out for half a minute to seal the album.

Ultimately, the album always maintained a top-notch sense of the imaginative creativity that embodies Sgt. Pepper’s alternate universe. Everyone who’s taken MUS 15 at UCSB is aware of “Within You Without You,” the ultimate example of what’s referred to as “transcultural composition.” Guitarist George Harrison had developed a strong interest in Hindu philosophy and the sitar, learning from the great musician Ravi Shankar, which culminated into the strongly influenced track.

Perhaps the most well-known track on the album, “Lucy In The Sky With Diamonds” has its own mysterious lore. Theories exist that the song is inspired by The Beatles’ psychedelic adventures (hence the title abbreviation to LSD), whereas the band claimed the song was strictly about a drawing that the son of lead singer John Lennon drafted. Regardless, listeners are plunged into a fantastic world, chasing after the mysterious Lucy herself.

“Sgt. Pepper’s Lonely Hearts Club Band” has perhaps become the most well-known album of The Beatles’ discography, and rightfully so. The record topped Rolling Stone’s list of “The 500 Greatest Albums of All Time” prior to 2020, and the intricate and vibrant cover art pulled it outside the musical sphere as an iconic work of visual art as well. The musical uniqueness, emotional potency and well-executed album concept cemented Sgt. Pepper and his bandmates as ambassadors who shared their creativity with generations of musicians and listeners alike.