The Daily Nexus
Student Gov
72nd Associated Students Senate and Executives Sworn In
May 24, 2021 at 2:34 pm by Holly Rusch

The 72nd cohort of Associated Students senators and executives was sworn into office by their predecessors on May 19, following the final meeting of the 71st Senate. 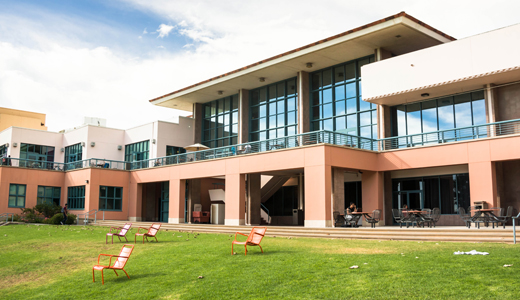 Marisela Marquez, A.S.’s executive director, commended the 71st senate for the work they had accomplished, despite the challenges that came with an entirely virtual year. Daily Nexus File Photo

The 71st senate also passed a resolution to adopt the new A.S. strategic plan, a project that 2019-20 A.S. President Allison Sir began during her term. The strategic plan prioritizes goals for A.S. based on the student body’s needs and would need to be passed by the 72nd senate.

“There are 28 goals over eight focus areas chosen from our surveys, interactions with our forums and our organizational structure,” Emma Swanson, 2020-21 senator and co-chair of the A.S. Strategic Vision Committee, said. Focus areas include student advocacy and education in physical and emotional well-being and environment, philanthropy and enrichment, among others.

Passed bills include one to “reform the contribution of A.S. Executives,” which would allocate $1,000 for summer session labor for which they were previously uncompensated.

The bill, a “continuation” of the honorarium raise for senators and A.S. officials, aims to “fairly pay executives for the work they do in-office over summer,” the bill’s author 2020-21 Senator Manny Roman said at the May 12 senate meeting.

Marisela Marquez, A.S.’s executive director, commended the 71st senate for the work they had accomplished, despite the challenges that came with an entirely virtual year.

“I really want to emphasize that because in the next few years you will be confronting new things that you have also never done, and I want you to remember what you were able to accomplish here,” Marquez continued.

Chancellor Henry T. Yang also attended part of the meeting to bid farewell to the 71st senate and witness the swearing-in.

“As I listened to you senators speak, each and every one of you spoke with hope, with passion … during this difficult time, you have taken extra time to do public service and give hope to our students,” Chancellor Yang said.

“To that, I want to give a big thank you,” he continued.

Schaefer then swore in the 72nd senate cohort and opened their first meeting, which began at 9:30 p.m.

The new senate discussed two pieces of new legislation: a resolution to adopt the A.S. strategic plan previously passed by the 71st senate, which passed unanimously, and a bill to establish a new A.S. Commission for student connections.

“This board is for small scale events where students can really form bonds with each other,” Senator Soha Sadeghinejad, the second on the bill, said. “We need now, more than ever, a board that helps students transition back into a social atmosphere that’s safe.”

The bill, authored by senator Ethan Engler, underwent questioning surrounding its usefulness in light of other A.S. organizations already designed for social and cultural interaction, which ultimately led to the senate motioning to table it indefinitely.

The senate then approved the agenda — which included several appointments to the Executive offices, including senator Jessy Gonzales as IVP Shaefer’s first pro-tempore — and concluded the meeting.