The Daily Nexus
Volleyball
Gauchos Win First-Ever Big West Championship Title in Successful Season
May 20, 2021 at 6:36 am by Preston Espar 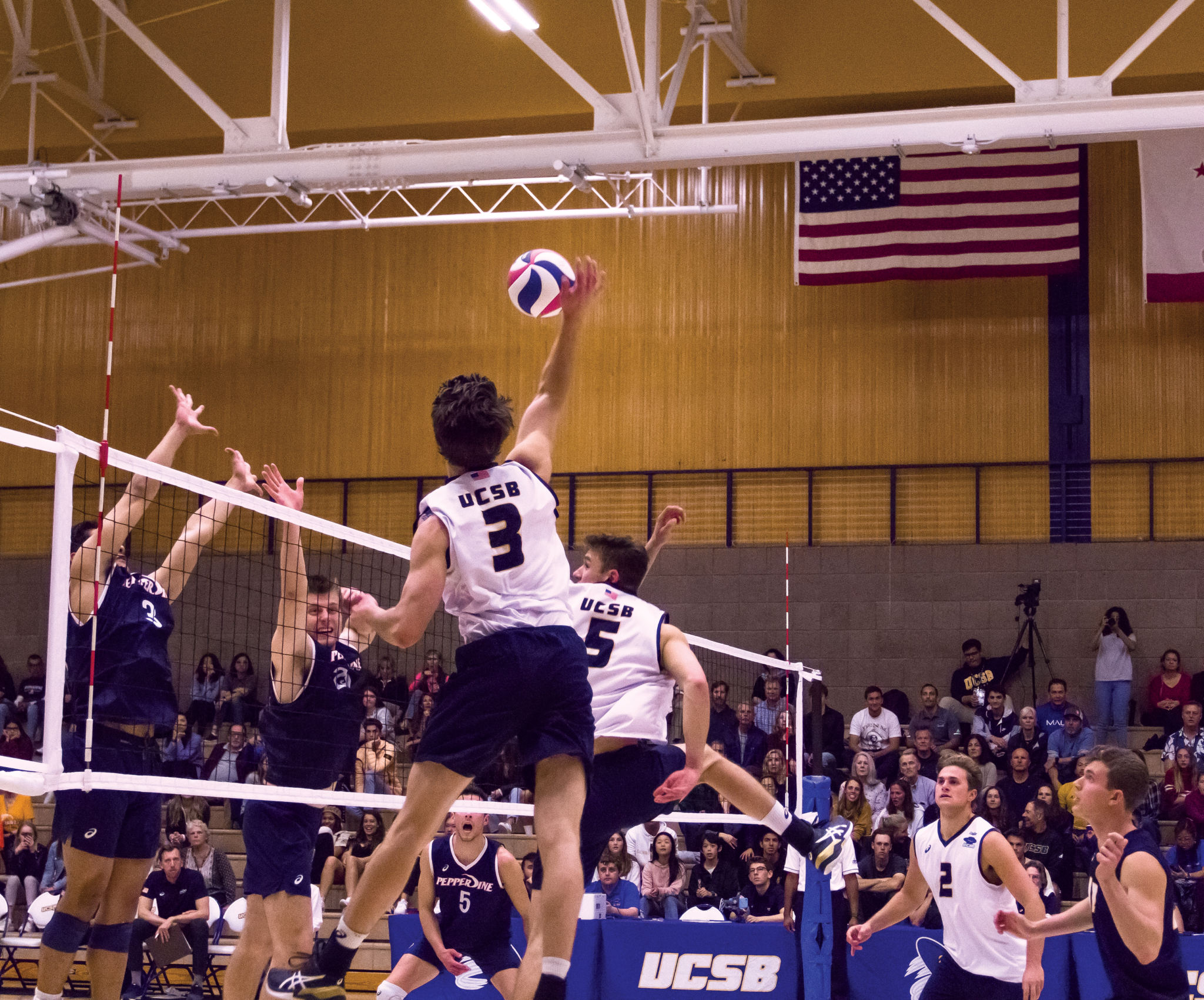 Even with a disappointing 3-0 defeat to Hawai’i in the NCAA Tournament semifinals that saw their incredible run come to an end, the UC Santa Barbara men’s volleyball team had a year to remember, as they had one of the most successful seasons in program history as winners of the Big West Championship for the first time in school history.

The Gauchos finished the regular season holding the No. 2 seed in the Big West rankings with a 13-4 record, while only losing three conference games the entire season. UCSB continued their success into the postseason, defeating Long Beach State and UC San Diego en route to the Big West Championship. The Gauchos had one more victory in the tank as they defeated Pepperdine 3-1 in the first round of the NCAA Tournament before falling to their conference rival and eventual NCAA champion Hawai’i.

Throughout the year, UCSB was led by senior Randy DeWeese. With his average of 4.04 kills per set and .73 blocks per match in the season, DeWeese was awarded a spot on the Big West All-Conference First Team alongside UCSB teammates Roy McFarland, Casey McGarry and Keenan Sanders. UCSB and Hawai’i were the only programs with four players named to the All-Conference First Team. Junior Ryan Wilcox was named as an honorable mention. The Gaucho’s star-studded lineup had a big impact on the team and contributed to their success throughout the season.

The Gauchos began their unforgettable season undefeated as they started out 4-0 with two wins against UC San Diego and UC Irvine each. UCSB played strong in all four victories, as they only lost two sets over the course of their winning streak. However, UCSB’s solid play came to a stunning halt as they went on a three-game losing streak to bring their record down to a modest 4-3. All three defeats were against the team that would eventually end their season for good, Hawai’i.

In these three defeats, the Gauchos were only able to win one set, as they were swept 3-0 in two of their matches. Although Hawai’i showed why they were the best team in the country, UCSB kept the games closer than the final score suggests. In all three matches, most of the sets were decided by five points or less. In fact, the biggest win was a nine-point victory for UCSB in the first set of the three-game series. Unfortunately for the Gauchos, this was not a trend as they lost every set after that. After the series, UCSB was able to put these defeats behind them to go on another winning streak.

After splitting a two-game series with Long Beach State, the Gauchos closed out the regular season with eight straight wins, all against Big West opponents. Out of  eight matches, only one went the five-set distance. During the winning streak, UCSB swept a two-game series against Cal State Northridge and 2 three-game series against UCSD and UCI. With the Big West Tournament around the corner, UCSB was playing their best ball.

In the first round of the conference tournament, the Gauchos defeated Long Beach State handily by a score of 3-1. The championship game was a surprise matchup, as they went up against UCSD. The Tritons had just secured a major upset by beating Hawai’i, the top team in the country, the night before. Playing against a more inferior opponent than expected, the Gauchos were able to win the Big West Championship by defeating UCSD 3-1. UCSB was able to clinch a berth in the NCAA Tournament with the victory.

In their final victory of the season, the Gauchos were able to defeat the only non-conference opponent they faced in Pepperdine. The match was very close, as each set was decided by three points or less. However, the Gauchos were able to leave the court victorious, as they won the final set. In their final game, Hawai’i swept UCSB, and the Gauchos were sent home. Although UCSB ended the season with disappointment, the 2021 season was one that will not be forgotten, and it is a leap forward that the program can build upon in the future.