The Daily Nexus
News
UCSB Student Detained in Low-Speed Car Crash off Del Playa Cliff
May 16, 2021 at 1:40 am by Holly Rusch and Katherine Swartz

UCSB student Wilhem Tallo was detained in a low-speed car crash off the cliffs at the end of the 68 block of Del Playa Drive on Saturday night, according to Public Information Officer Sergeant Dan Wilson of the Santa Barbara Sheriff’s Office. 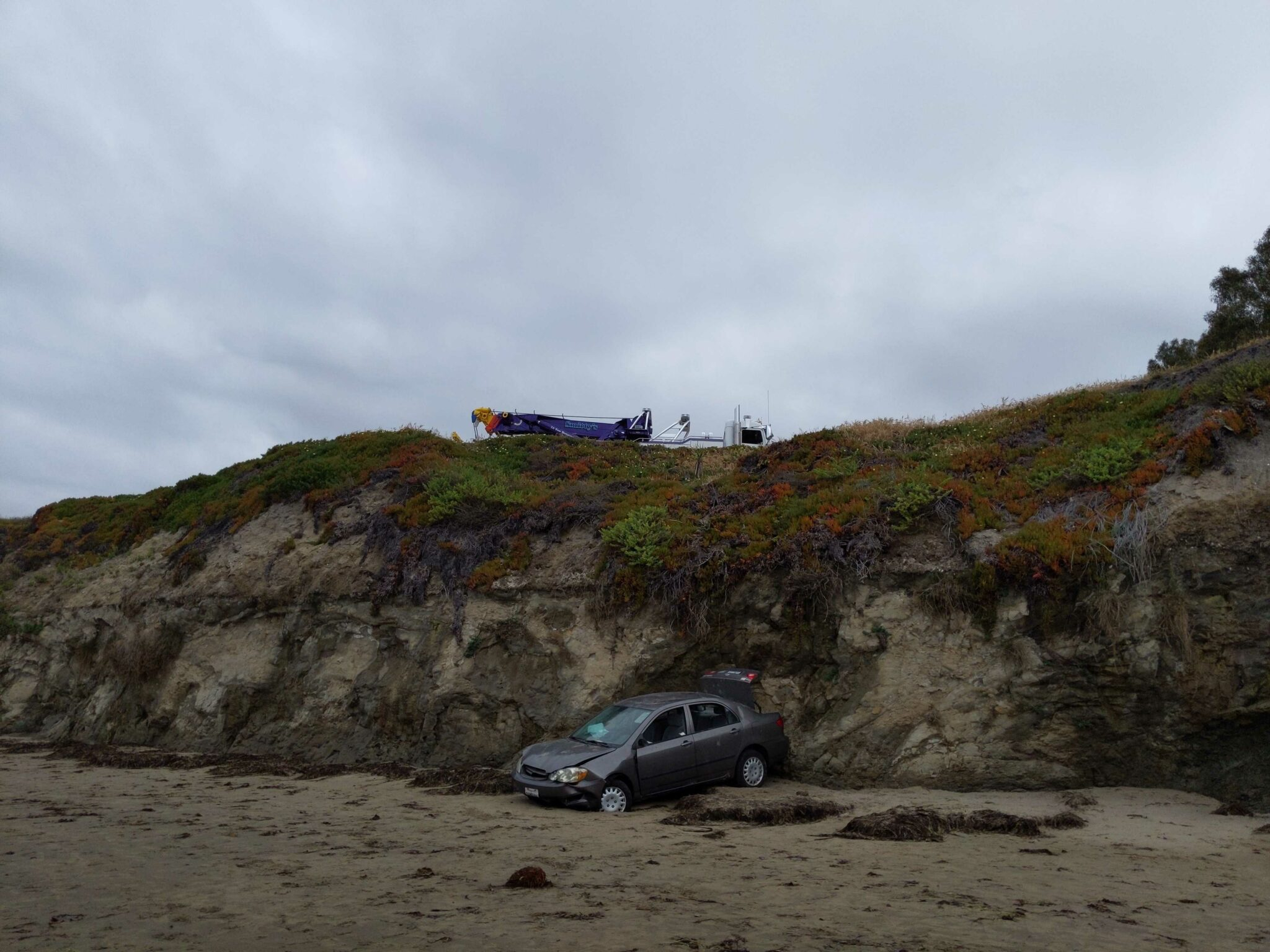 A tow truck arrived at the Devereux Beach the morning after the crash to tow the vehicle. Sicheng Wang/Daily Nexus

Tallo, a fourth-year global studies major, was not inside the vehicle when it fell from the bluffs onto Devereux Beach below and was not injured. The investigation — conducted by both the Sheriff’s Office and UCPD — is ongoing into the motive for the incident.

Tallo was charged with resisting arrest and for violating the California Fish and Game code for putting a vehicle within 100 feet of a waterway. Although he initially cooperated with officers who found him on-scene, he ran from officers when asked for his identification, according to Wilson.

Tallo left the vehicle and fled from law enforcement, until he was detained and arrested on UCSB’s West Campus, Wilson said. He was held at the Santa Barbara County jail on a $2,500 bail.

A tow truck arrived at the Devereux Beach the morning after the crash to tow the vehicle.