The Daily Nexus
Photo
In Photos | UCSB Students and Activists Rallied, Demanding $900 Pandemic Relief Payments
May 12, 2021 at 10:00 am by Daily Nexus Photography

A march demanding distribution of $900 checks to the UC Santa Barbara student body was held on the afternoon of May 8, organized by the Young Democratic Socialists of America, a UC Santa Barbara student organization. The protesters began marching from the Storke Tower to Chancellor Yang’s residence in the southeastern corner of campus at around 2:30 p.m., weaving banners and chanting slogans along the way. As the crowd arrived at Yang’s house, several speakers expressed their frustrations over the lack of university-provided support for students during the pandemic. The protest ended with the protestors chalking the driveway to the residence with slogans such as, “Power to the Students” and “$900 now.” 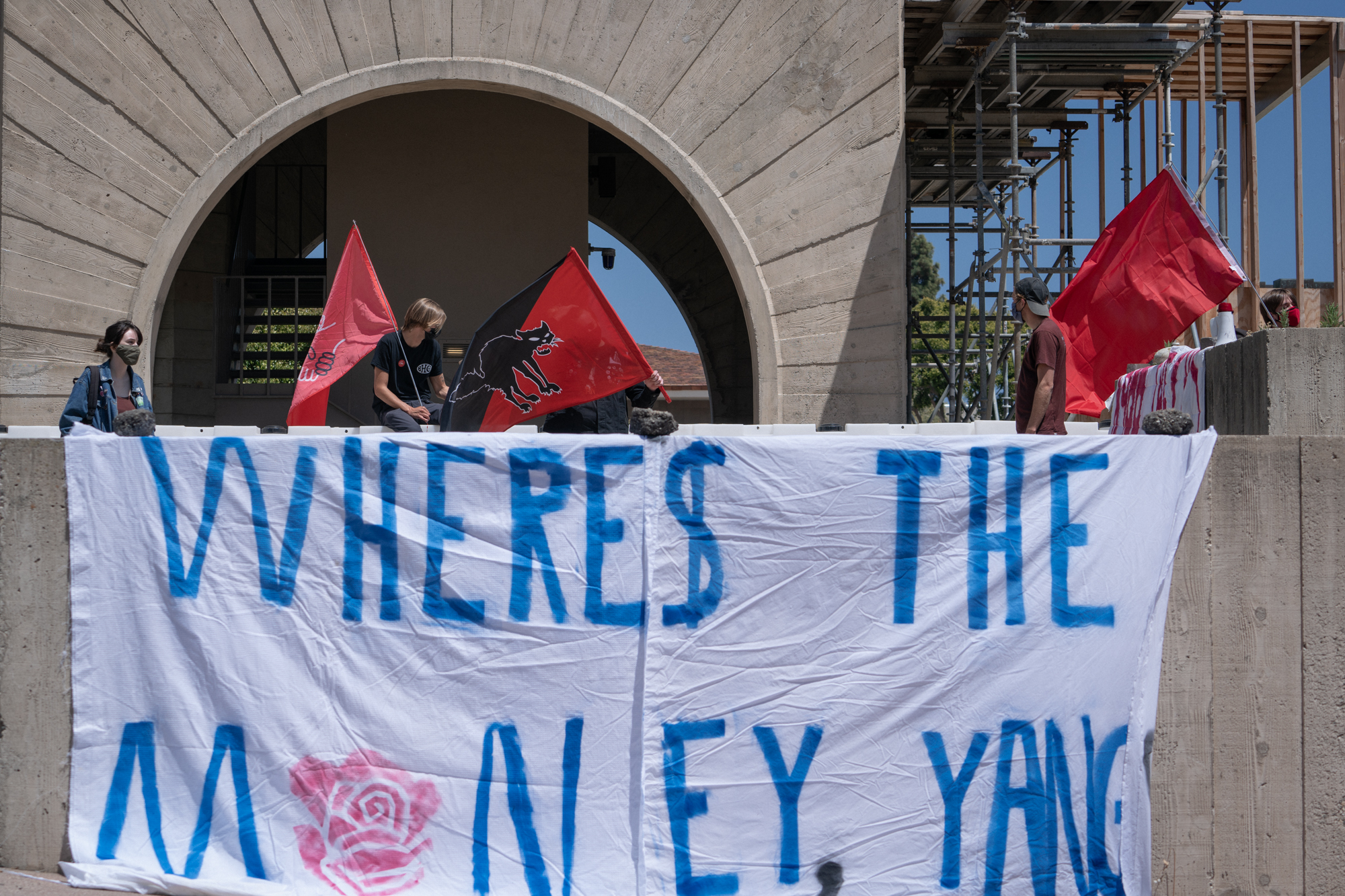 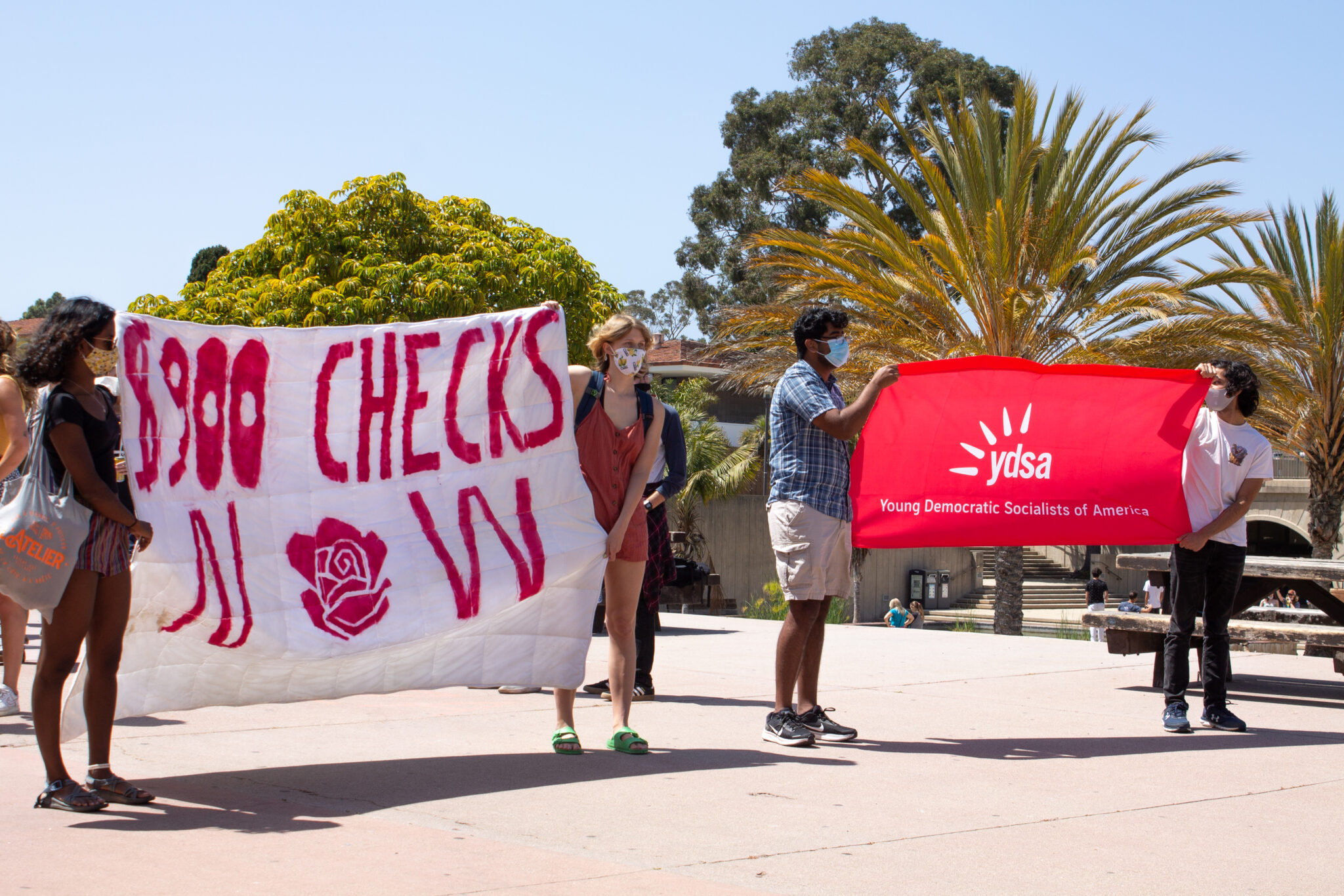 The protesters presented the banners at the front as they prepared to begin the march. (Kaiyi Yang / Daily Nexus) 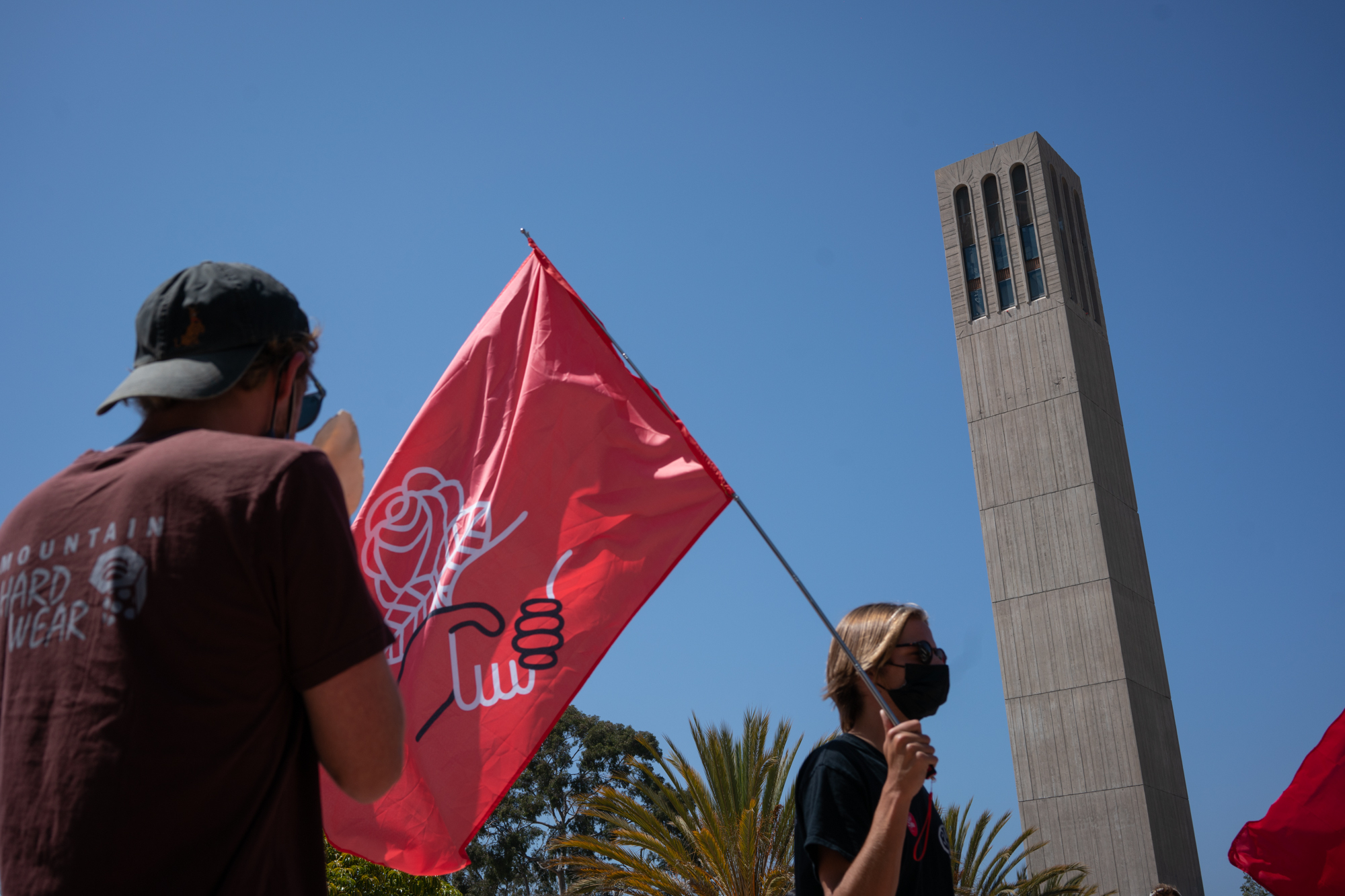 Flags were waving as the protesters left the plaza. (Sicheng Wang / Daily Nexus) 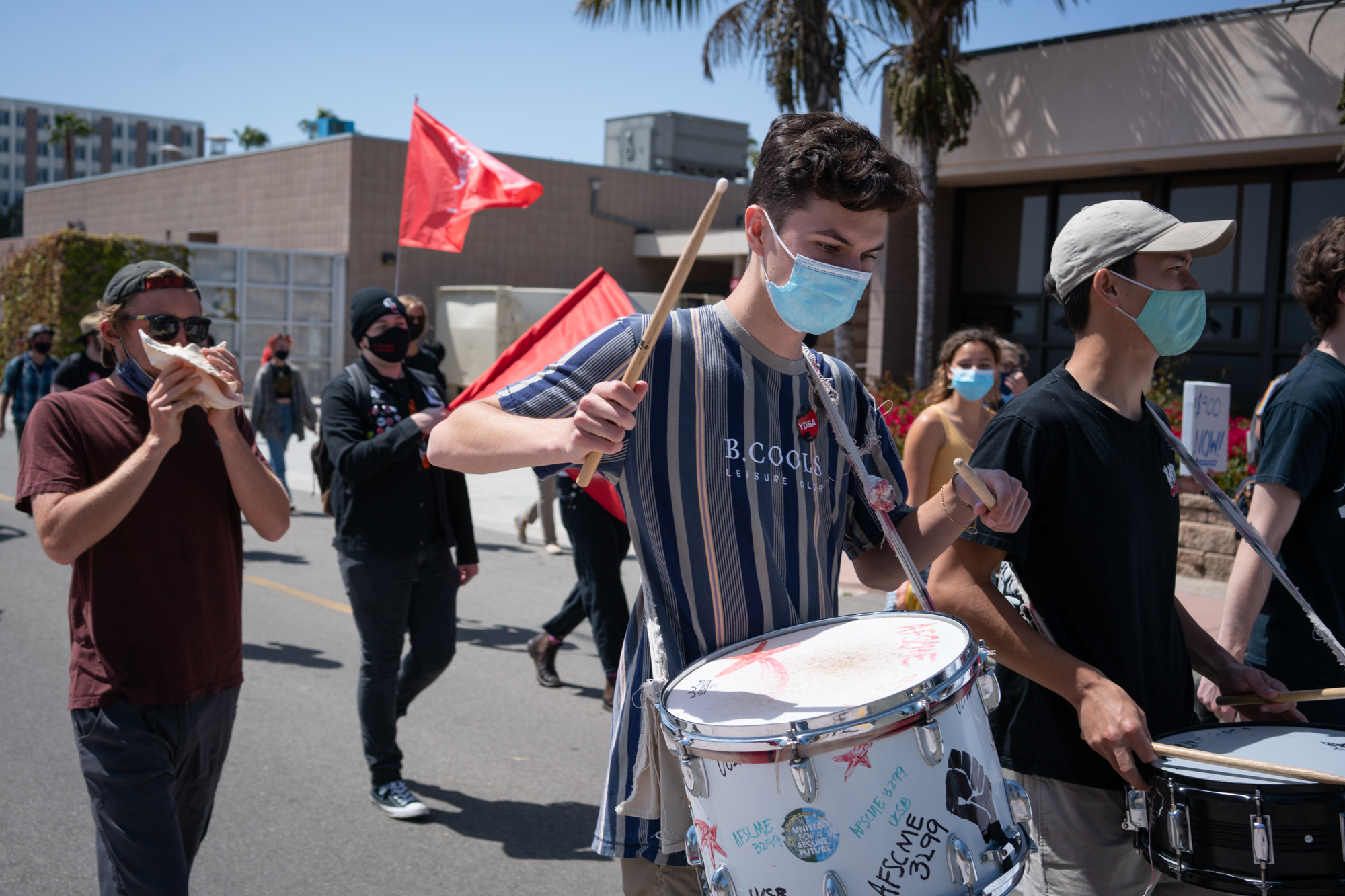 A drummer beat a drum, which appeared to have witnessed several student-led protests in the recent years. (Sicheng Wang / Daily Nexus) 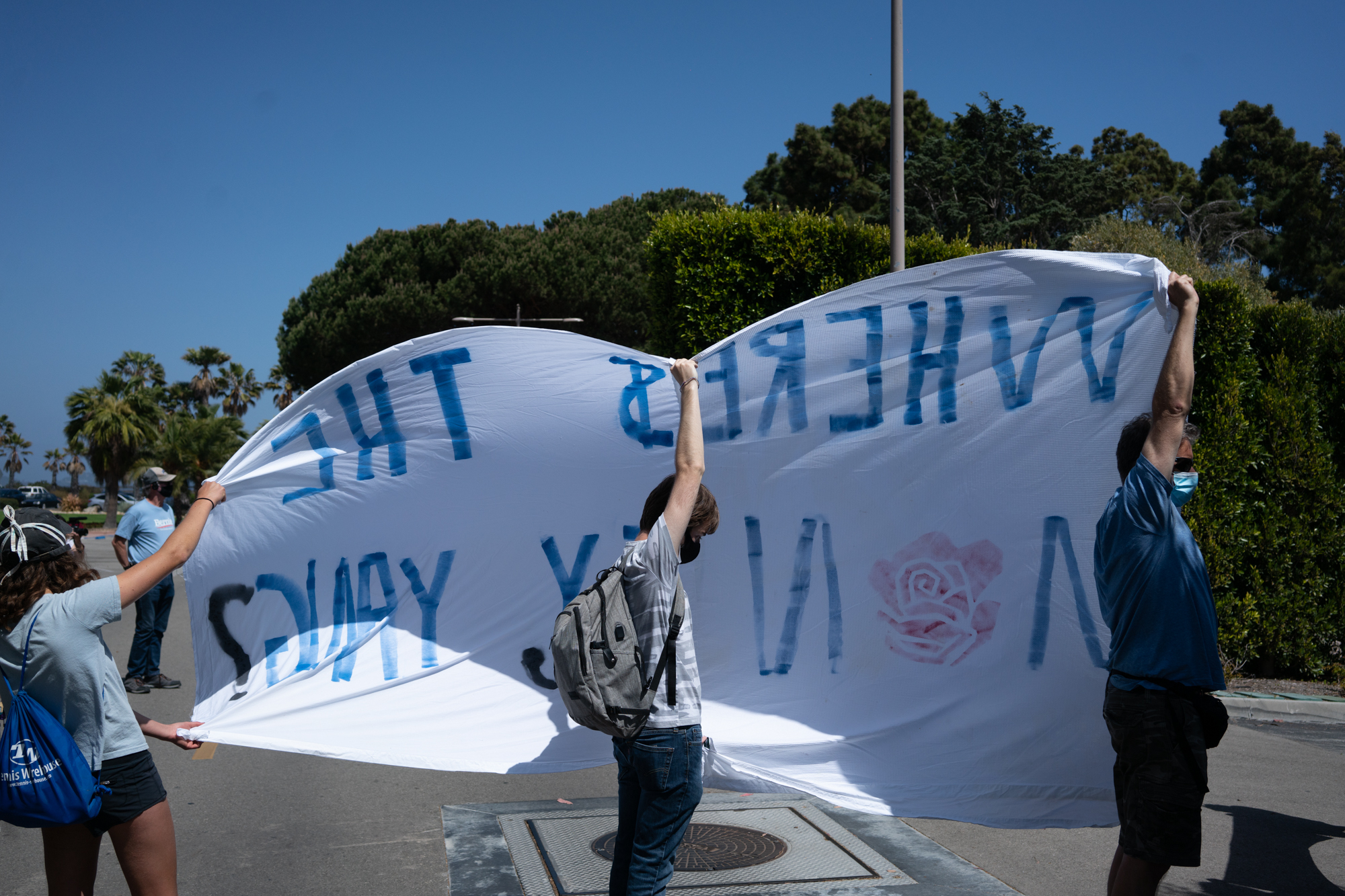 Protesters holding a banner stating, “Where$ The Money, Yang?” as speakers delivered speeches in front of the chancellor’s residence. (Sicheng Wang / Daily Nexus) 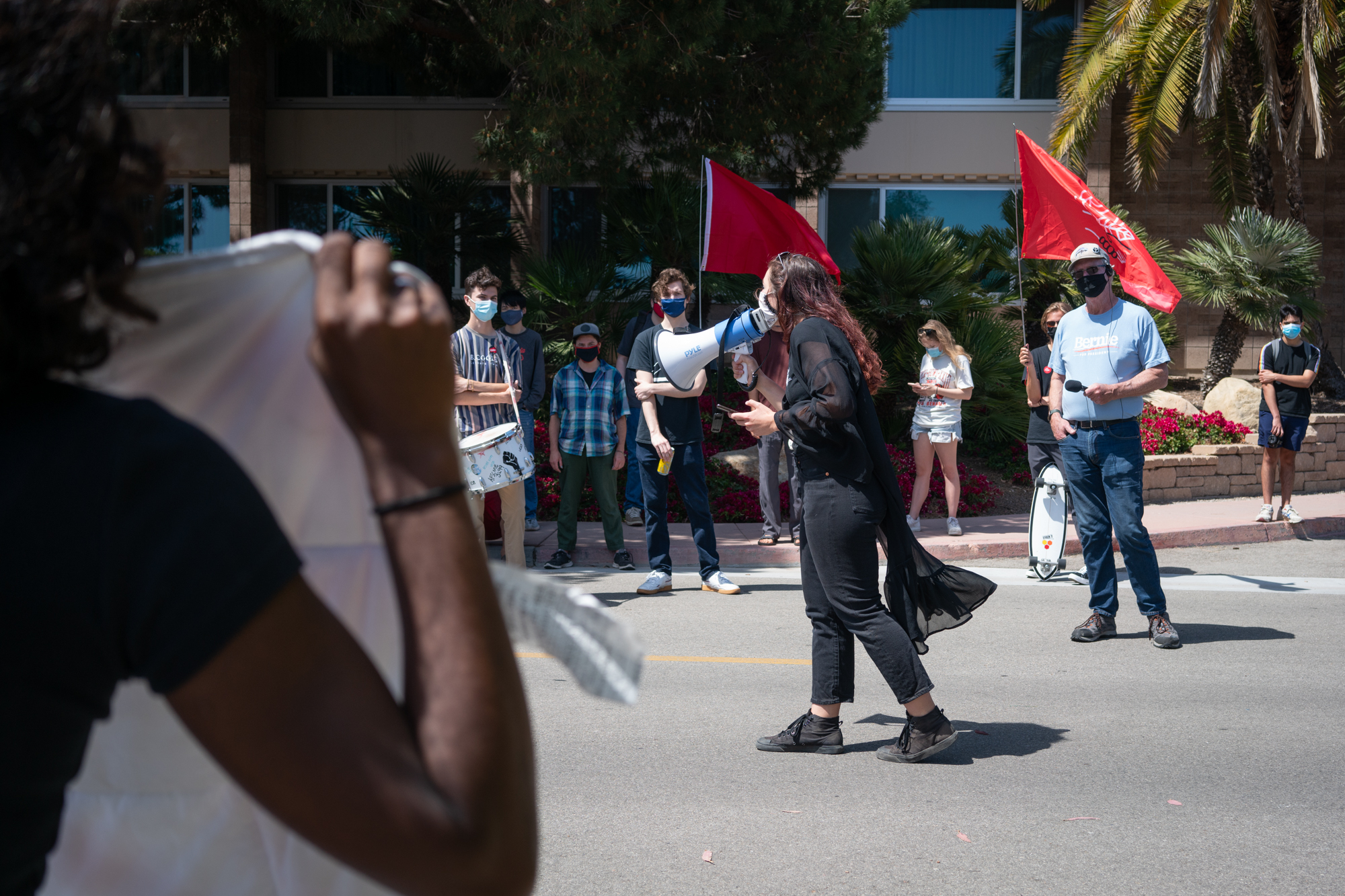 Gina Sawaya, a UCSB staff member, called on UCSB’s administration to provide more support for students during what she described as “the worst economic crisis in a generation.” (Sicheng Wang / Daily Nexus) 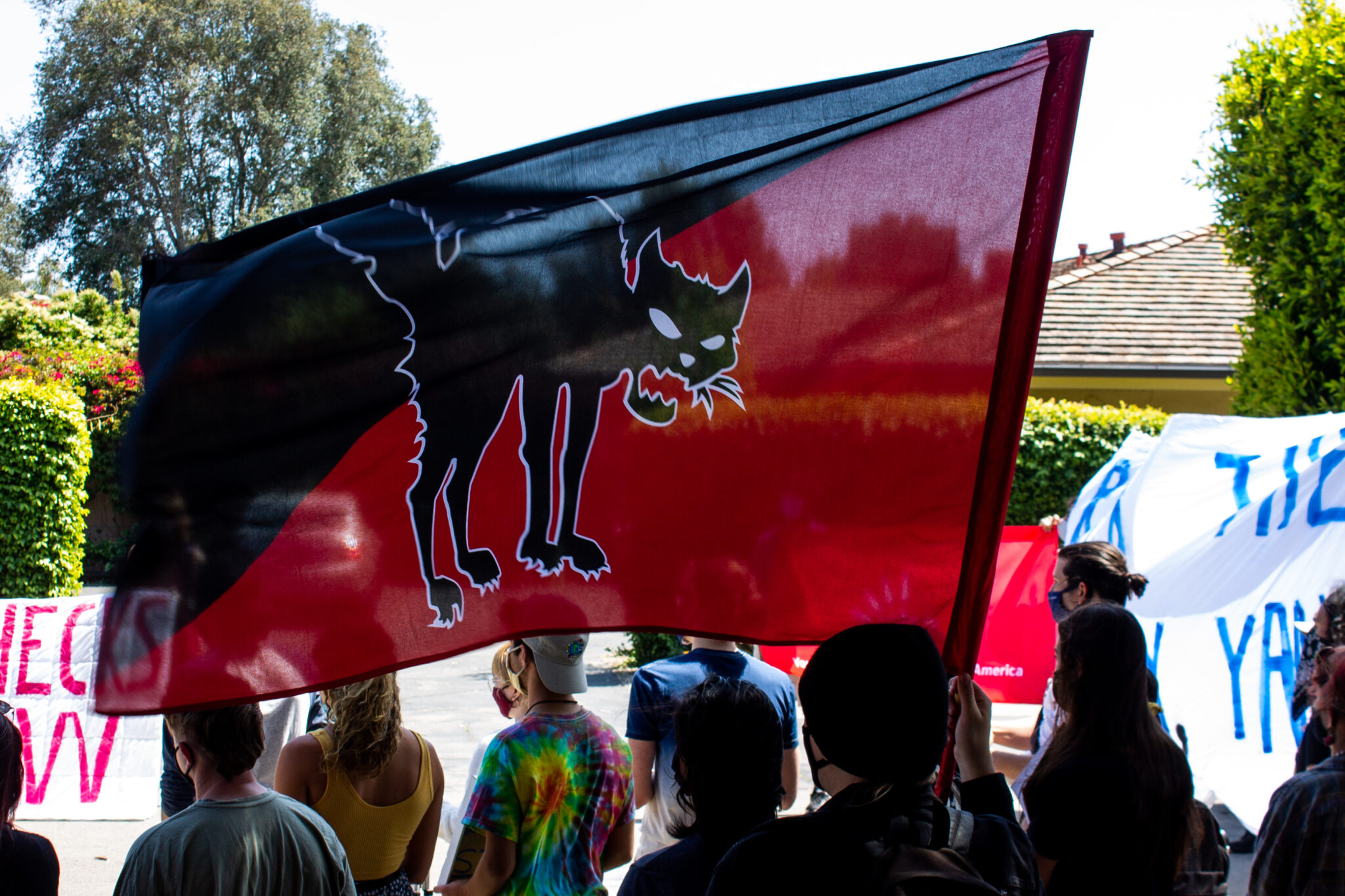 A “wildcat strike” banner waved at the assembly near the chancellor’s house. (Kaiyi Yang / Daily Nexus) 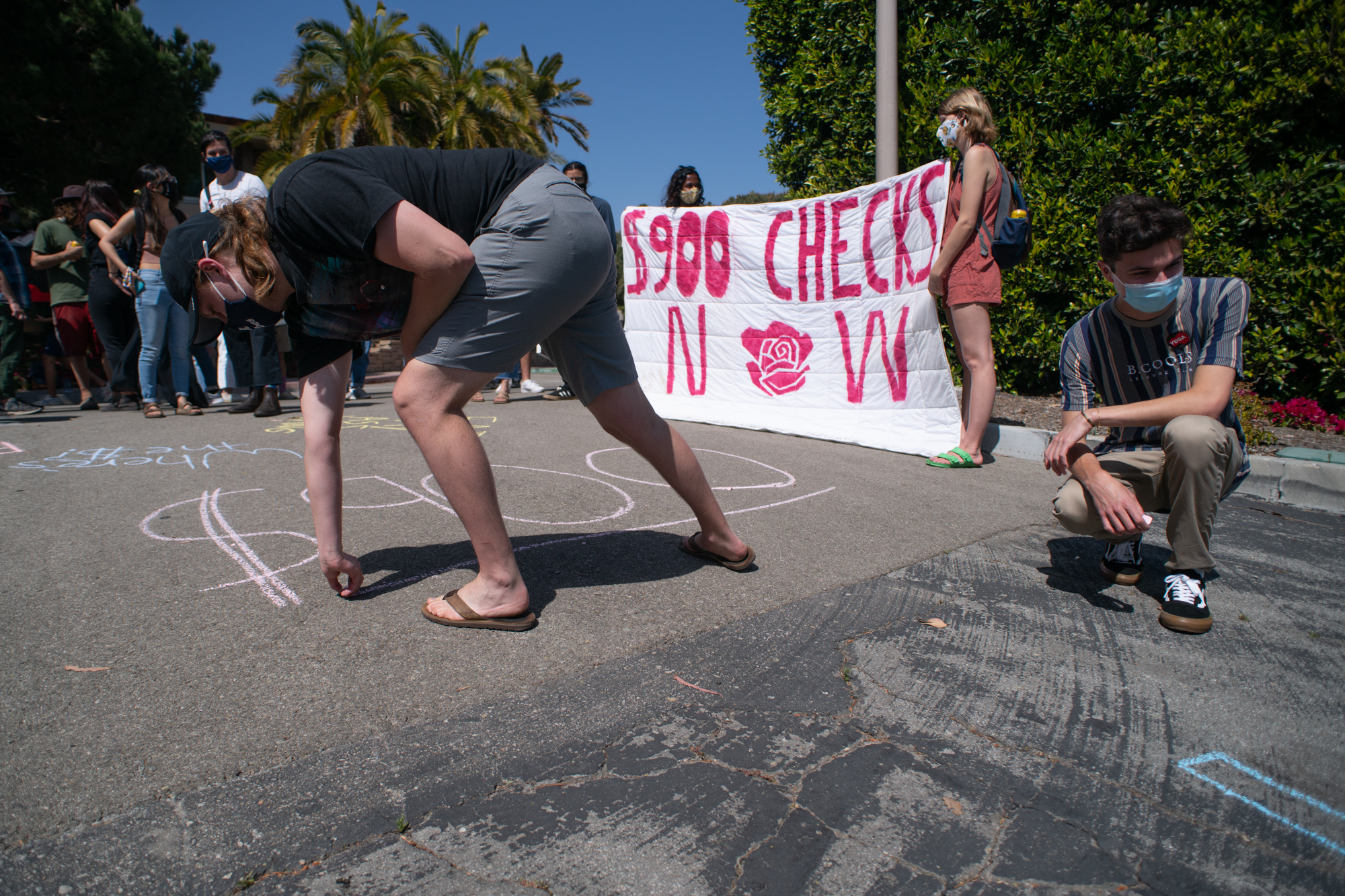 A protester wrote “$900” on the driveway at the end of the protest. (Sicheng Wang / Daily Nexus) 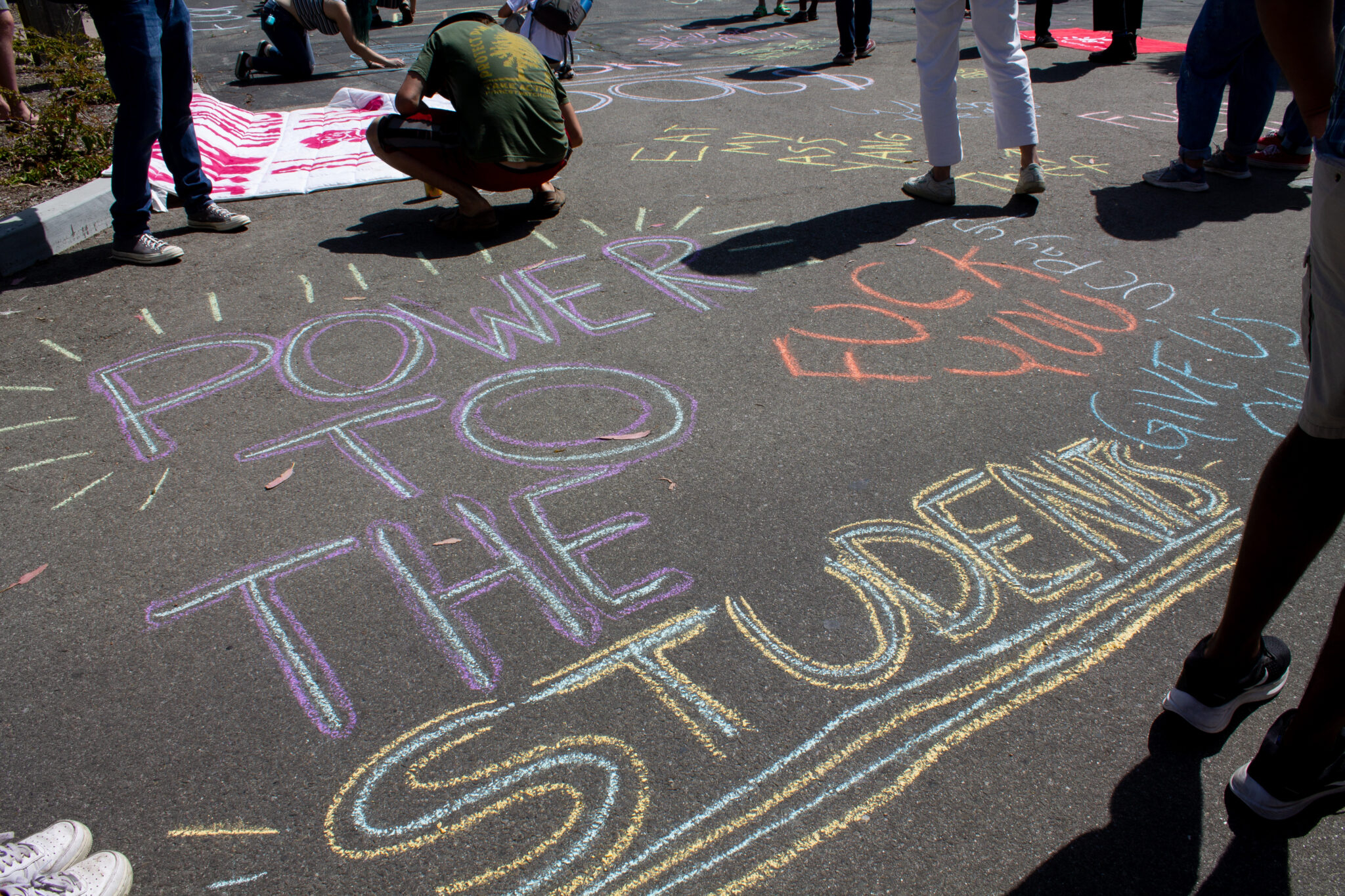 A “Power to the Students” chalking on display along with many other words written by the protesters. (Kaiyi Yang / Daily Nexus)

The Signs as What Jeff Bezos Spends His Money On

Pays people to leave nice comments on his Instagram selfies

An intimate kiss (with tongue and eye contact) from Bill Gates