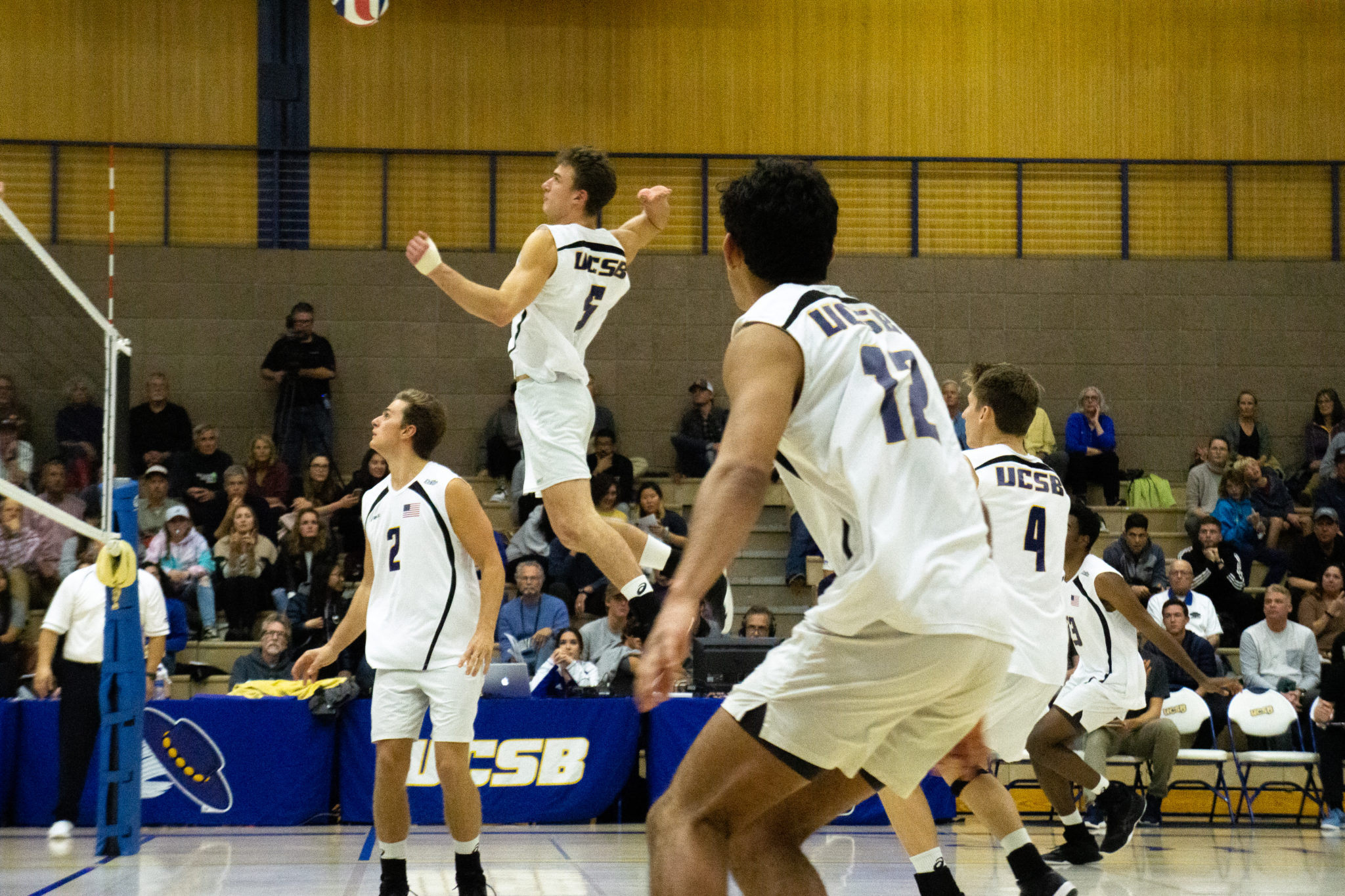 This will be the program’s first appearance in the NCAA Tournament since 2011 and marks one of the greatest seasons of in-conference play in UCSB history. After a successful regular season that saw the Gauchos finish 13-4, UCSB breezed by their first tournament opponent, Long Beach State, who had to defeat UC Irvine to move onto the semifinals. However, the championship game was not as easy as the semifinals as UCSD kept it close until the deciding point.

During the Gauchos’ semifinal match on Friday, Long Beach State, the two-time defending national champions, jumped out to a 1-0 lead with a lopsided score of 25-16. UCSB quickly shook off the rust caused by their first-round bye and won the next three sets in a deciding fashion as they outscored Long Beach State by 25 points in the final three frames.

“You know typically when you get beat like that in the first game, you don’t always come back from that the way we did,” UCSB Head Coach Rick McLaughlin said in his postgame press conference. “And that’s a tribute to these guys. They didn’t flinch. They didn’t feel anything after that first game, and I knew they were locked in.”

The man of the match for the Gauchos’ semifinal game was sophomore Ryan Wilcox, as he led the team with 16 kills and 3 service aces. Freshman Ryan Pecsok led the Gauchos with 17 digs, while freshman Donovan Todorov had a game-high 6 blocks. For Long Beach State, redshirt sophomore Spencer Olivier had a game-high 18 kills, while junior Simon Andersen had 5 blocks and freshman Mason Briggs had 14 digs. With the semifinal defeat, Long Beach State’s title defense comes to an end, finishing the season with a 7-5 record.

The championship match was a highly contested game in which the largest set victory was only by 5 points. To play in the championship match, UCSD needed to upset the No. 1 team in the nation, University of Hawai’i. Similar to UCSB’s match against Long Beach State, the Tritons won the first set and acquired a 1-0 lead. In the second set, the Tritons started out hot as they built an 18-13 lead. However, the Gauchos refused to go down 2-0 as they went on a 9-3 run to win the set 27-25 and tie the match at a game apiece. In the third match, the Gauchos took advantage of UCSD’s sloppy play as the Tritons had seven service errors, which caused them to lose the set 25-21. An 8-3 run at the end of the final set secured the victory for UCSB and clinched their first Big West Championship in program history.

“We play UCSD tough every time we see them, but it’s always tight,” said McLaughlin. “They are a great team and we knew we were in for another battle. Sure enough they took the first game from us but our seniors led the way and didn’t get rattled. Beating a team six straight times is not an easy thing to do.”

Senior Randy DeWeese led the Gauchos in the championship with 13 kills and 2 service aces. Wilcox, who was named the Big West Championship Most Valuable Player, played just as well with 12 kills of his own in addition to his 9 digs and 4 blocks. Both upperclassmen will look to continue their solid play as they continue their season in the NCAA Tournament.

The Gauchos will take on the Pepperdine Waves in the quarterfinals of the NCAA Tournament. The match will be played on May 4 and will be held in Columbus, Ohio.