The Daily Nexus
Tech
Forks in the Road Emerge in India’s Quest to Expand Renewables
April 25, 2021 at 11:56 pm by Sean Crommelin

As economies around the world become increasingly ambitious in accelerating the transition away from fossil fuels and other forms of nonrenewable energy, India — the world’s second most populous country and the fifth largest economy in the world by GDP — has emerged as a global leader in the expansion of renewables. 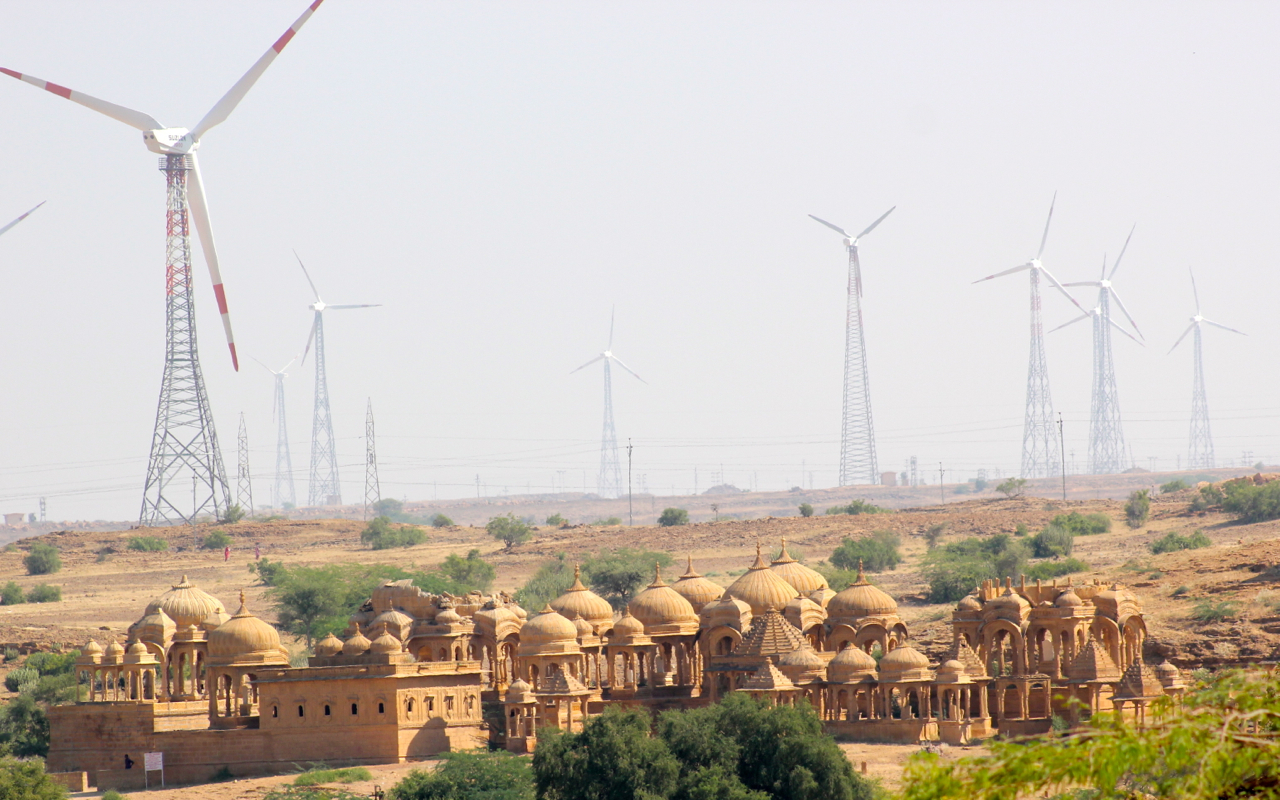 For India, a wind power-majority system may have the lowest carbon mitigation costs. Courtesy of Wikimedia Commons

But there is still a long, long road ahead. Despite its incredible gains in renewables, the Indian energy mix is dominated by pollutant-laden coal.

As part of the country’s decarbonization commitments, the country believes it can install more than 400 gigawatts of wind and solar generation by the year 2030, an incredible undertaking.

“Just to give you a comparative number, the total installed capacity of all kinds of generation sources in California is about [80] gigawatts,” Ranjit Deshmukh, a professor in the environmental studies department at UCSB, said.

But what is the best path to take to achieve this? India plans to have more than two-thirds of its new renewable capacity derived from solar photovoltaics, with the remainder coming from wind energy. Deshmukh, however, has recently conducted research which runs contrary to this policy.

Deshmukh has been researching energy policy in the Indian subcontinent for more than a decade, starting with his work for the Prayas Energy Group researching solar policy. Later, Deshmukh conducted research as a PhD student at UC Berkeley before becoming a postdoctoral researcher at the Lawrence Berkeley National Laboratory, where he eventually transitioned to a faculty scientist position.

This work has continued as Deshmukh has moved to UCSB, with the researcher specifically focusing on low-carbon electricity system planning and how to plan for and prioritize wind and solar in the energy mix.

His most recent work, published in the peer-reviewed journal Proceedings of the National Academy of Sciences, is a product five years in the making. It aims to chart the least costly path toward India’s proposed new renewable capacity while taking into account existing infrastructure, patterns of land use, the expected availability of wind and solar resources, and the social and economic consequences associated with wind and solar development.

In order to carry out this analysis, Deshmukh and his collaborators made use of a multitude of spatial datasets which the team superimposed on top of each other. These included datasets on wind speed, solar radiation, land use, the delineation between urban and rural areas as well as bodies of water, roads and transmission substations.

“You want to incentivize development closer to transmission infrastructure so you minimize the length of your transmission lines,” Deshmukh explained.

Meanwhile, solar would be undesirable to put on agricultural land, because it would compete with food production, Deshmukh continued.

Through this spatial analysis, Deshmukh and his collaborators found that India’s planned emphasis on solar power might not be ideal. Instead, a wind power-majority system appears to be the one with the lowest carbon mitigation costs.

This largely has to do with the nature of solar power, as well as India’s specific weather patterns which make wind energy more salient, according to Deshmukh.

Solar power is coincident with the rising and falling of the sun. However, the evening, when solar power is largely unavailable, is still a period of substantial energy consumption. The burden of electricity generation falls on the conventional, polluting sources.

“You can’t shut coal plants down [during the day], because it is very difficult to start and stop coal-fired power plants on short notice, even if you knew exactly when to stop it. You can’t just stop it for three or four hours,” Deshmukh said.

“Now some plants can do it with some retrofits, but a lot of them, especially the existing ones cannot.”

Meanwhile, wind power availability in India is instead influenced largely by seasonality.

“During June, July and August, the wind blows fairly continuously in many areas. You can actually allow these coal-fired power plants to shut down. So even if wind is really seasonal and solar is less seasonal, because of the nature of the wind patterns compared to solar, we saw more wind generation being absorbed by the electrical grid,” Deshmukh said.

However, advances in battery storage add nuance to this point, Deshmukh said. As the cost of storage decreases, the share of solar in the mix can become larger on account of this because it is no longer tethered to the daylight hours.

On a related note, renewables in general will only be able to completely displace conventional generation with the use of affordable battery storage, Deshmukh said, because during September, October and November, the lack of wind during peak demand following sunset would be problematic without it.

“Battery storage can not only just help solar, but it can also help avoid conventional generation capacity, because they will be the ones that will be meeting that demand. So we really hope that battery costs come down significantly,” Deshmukh said.

Correction: The total installed capacity of all generation sources in California is 80 gigawatts, not 60 to 70. In addition, Deshmukh was originally stated to have been a faculty scientist and a postdoctoral researcher simultaneously. Instead, Deshmukh was originally a postdoctoral researcher and later transitioned into a faculty scientist.