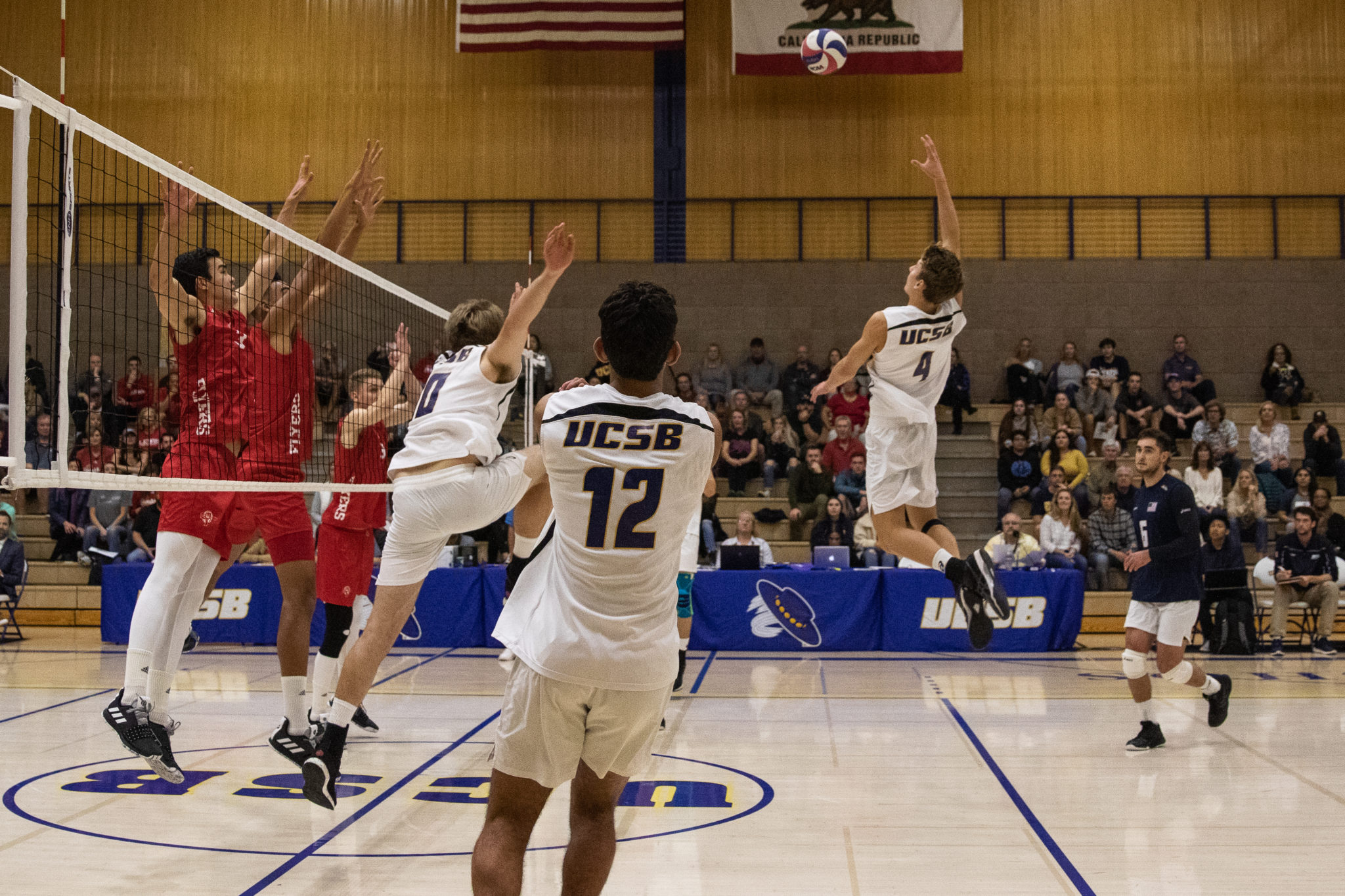 The UC Santa Barbara men’s volleyball team ended the 2021 regular season with a bang as they defeated the UC San Diego Tritons in three straight games last week. With the victory, the Gauchos clinched the second seed as well as a first-round bye in the Big West Tournament that will be held in Honolulu next week.

The Gaucho’s sweep over the Tritons was their second in as many games and completed the season sweep for UCSB. This UCSB victory marked the eighth time that the Gauchos have beaten an opponent in three straight sets. The Gauchos are now on a hot streak entering postseason play as they have won eight in a row and finished the regular season with a record of 13-4. The Tritons, who also have a spot in the Big West Tournament, are heading in the opposite direction as they have lost five straight as they head into their first-round matchup.

The first set between the two programs was the most competitive of the night as it was decided by only 2 points. The beginning of the game was extremely close as neither team could muster anything other than 3 and 4-point runs. However, the Gauchos were finally able to create some breathing room as they went on a 9-4 run to make the score 18-12. UCSD then stormed back with a 10-4 run to cut the Gaucho lead down to 1. The Gauchos were able to get the game point with a clutch double block that secured the victory with a 25-23 game win.

The final two sets of the night were not as fierce as the first as UCSB took control of the match. In the second set, the Gauchos never trailed and were able to go up 2-0 with a 25-16 win. In the final game of the match, the two teams kept it close in the beginning as they traded points. After leading 13-11, the Gauchos went on a 5-0 run that created distance between the two teams that the Tritons never recovered from. With this run, UCSB was able to end the night with a 25-18 victory and complete the series, season and game sweep.

UCSB was led by senior Henry Hancock, who was making his final regular season appearance for the Gauchos, as he finished the match with a career-high 11 kills which tied the game-high. Right behind him was sophomore Ryan Wilcox who had 10 kills of his own to go alongside his 9 digs. The Gauchos were able to hold the Tritons to a lowly 19% hitting percentage in the match, mostly from their dominant final two sets. In addition to the Gaucho’s strong defensive night, UCSB also played well on offense. UCSB’s hitting percentage stood at a solid 39.7% while the team only committed 6 attacking errors. The Gauchos will look to continue their great all-around play into the postseason.

With the regular season over, both teams have their eyes set on the Big West Tournament. UCSD will play as the No. 4 seed and take on the California State University Northridge Matadors, while the Gauchos will enjoy their first-round bye. UCSB will take the court again in the second round against the winner of No. 3 seed Long Beach State Beach and No. 6 seed UC Irvine.