The Daily Nexus
Music
In Review: Demi Lovato Dances With The Devil And Comes Back Stronger Than Ever
April 14, 2021 at 1:58 pm by Sam Franzini 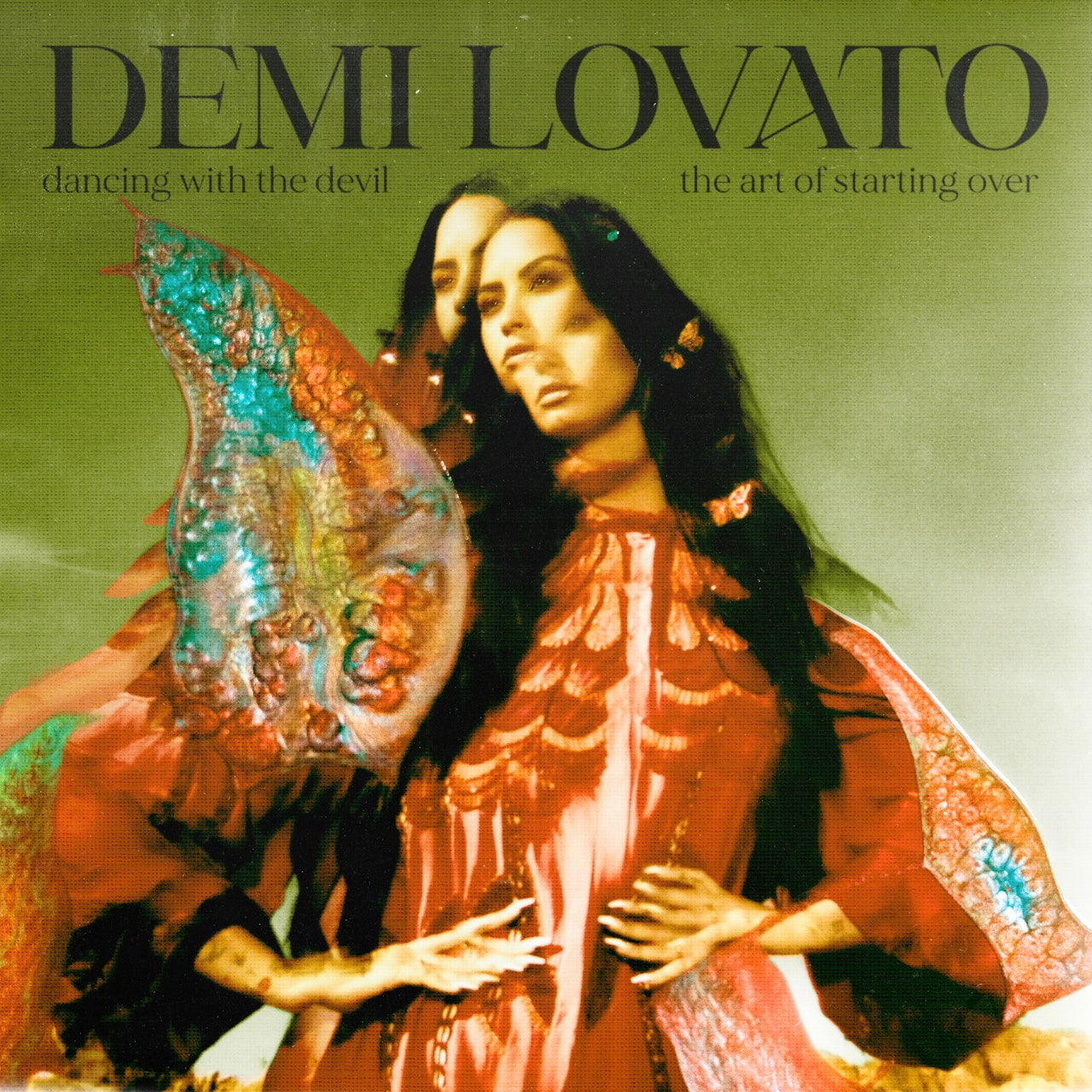 If there’s anyone who deserves a triumphant comeback album story arc, it’s Demi Lovato. Her new album “Dancing With The Devil…The Art of Starting Over,” released alongside a documentary of the same name, chronicles her well-known heroin overdose in 2018 and how she picked herself back up after the fall. The documentary offers insight into her teenage years of acting and singing as well as her struggles with mental health, but thankfully, Lovato has mastered the art of starting over and is ready to tell her story.

The album’s structure is one of its most interesting components: The record is broken up into a three-track prologue of sorts followed by Lovato’s journey to recovery. The opening song, “Anyone,” is a stripped-back, powerful plea: “Anyone, please send me anyone/Lord, is there anyone?” She’s asking for help in one of the most difficult times in her life, admitting that “I feel stupid when I sing/Nobody’s listening to me.”

The next track, “Dancing With The Devil,” describes Lovato’s mindset on the night of her overdose. “It’s just a little red wine, I’ll be fine/Not like I wanna do this every night,” she starts out. In the documentary, she revealed that she broke her seven years of sobriety to drinking and using drugs infrequently, but in this song, listeners can see how far she had fallen.

“Almost made it to Heaven/It was closer than you know,” she says over the grand instrumental track, exemplifying another song from her discography, “Tell Me You Love Me.” Recreating the scene of the overdose in the song’s music video, she is unconscious in bed and then wakes up in the hospital, a dramatic retelling of the horrific event. The next song, “ICU (Madison’s Lullabye),” is based off of Lovato’s experience  waking up in the hospital with her sister Madison at bedside but being physically unable to see her due to vision problems resulting from the overdose.

Far too often, artists release one-off singles and don’t include them on their forthcoming albums, saying the songs are not representative of who they are now. Interestingly, Lovato included these three songs because they’re not who she is today. She is relieved of the loneliness of “Anyone” and has realized her mistake in “Dancing With The Devil,” and what now follows is her journey to be the person she is today.

Some of the biggest highlights on the album are collaborations, like the break-up ballad “Easy,” on which Noah Cyrus asserts that “the hardest part of leaving, is to make it look so easy.” Both singers excel here as Lovato’s strong chords contrast with Cyrus’ light vocals to make the bridge (“I hope you’ll forgive me even though I’m not apologizing”) dynamic and exciting.

“My Girlfriends Are My Boyfriend,” featuring up-and-coming rapper Saweetie, is about how friendships are much more stable than relationships, a nod to her recent breakup with her ex-fiance. She spoils her friends with gifts and flowers as she channels Ariana Grande’s “7 rings.”

Grande is in fact featured on “Met Him Last Night,” a song that, lyrically, is too similar to “Dancing With the Devil” to be an interesting listen. Thankfully, the track also talks about moving on and gaining the strength to resist a second instance. “You got me fucked up, I won’t let this happen again,” Grande says with her signature airy charm.

Lovato also discusses the constant struggle with weight on “The Way You Don’t Look At Me” (“I’ve lost ten pounds in two weeks/‘Cause I told me I shouldn’t eat”’) and “Melon Cake.” The latter, a reference to the watermelon “cake” she would receive each birthday to save on calories, is about how her management restricted her diet due to her eating disorder (“You could find me starvin’ for attention most days”). Now, with a better support system and a healthier approach, she declares “no more melon cakes on birthdays.”

One of the biggest strengths of this album is Lovato’s unwavering commitment to each song. Her lyrics are so detailed that one can hear the truths, struggles and resilient moments she’s faced and they’re all believable. When she spits out, “I feel stupid when I pray/Why the fuck am I praying anyway?,” in “Anyone,” you hear her anger. When she says “Now I’m in a good place” at the end of the record in “Good Place,” it feels completely truthful.

Lovato is in an interesting place: She’s lived through the trauma and also has the strength to not only move on but to do so with a wink in her eye (“Met Him Last Night,” “15 Minutes”). Detailing her overdose and the recovery process must have been one of the hardest things in her life, but she has ultimately produced her best and most honest record so far.