The Daily Nexus
Record Recap
On This Day: Van Cliburn, The Pianist That Broke The Cold War
April 13, 2021 at 11:40 pm by Jadon Bienz 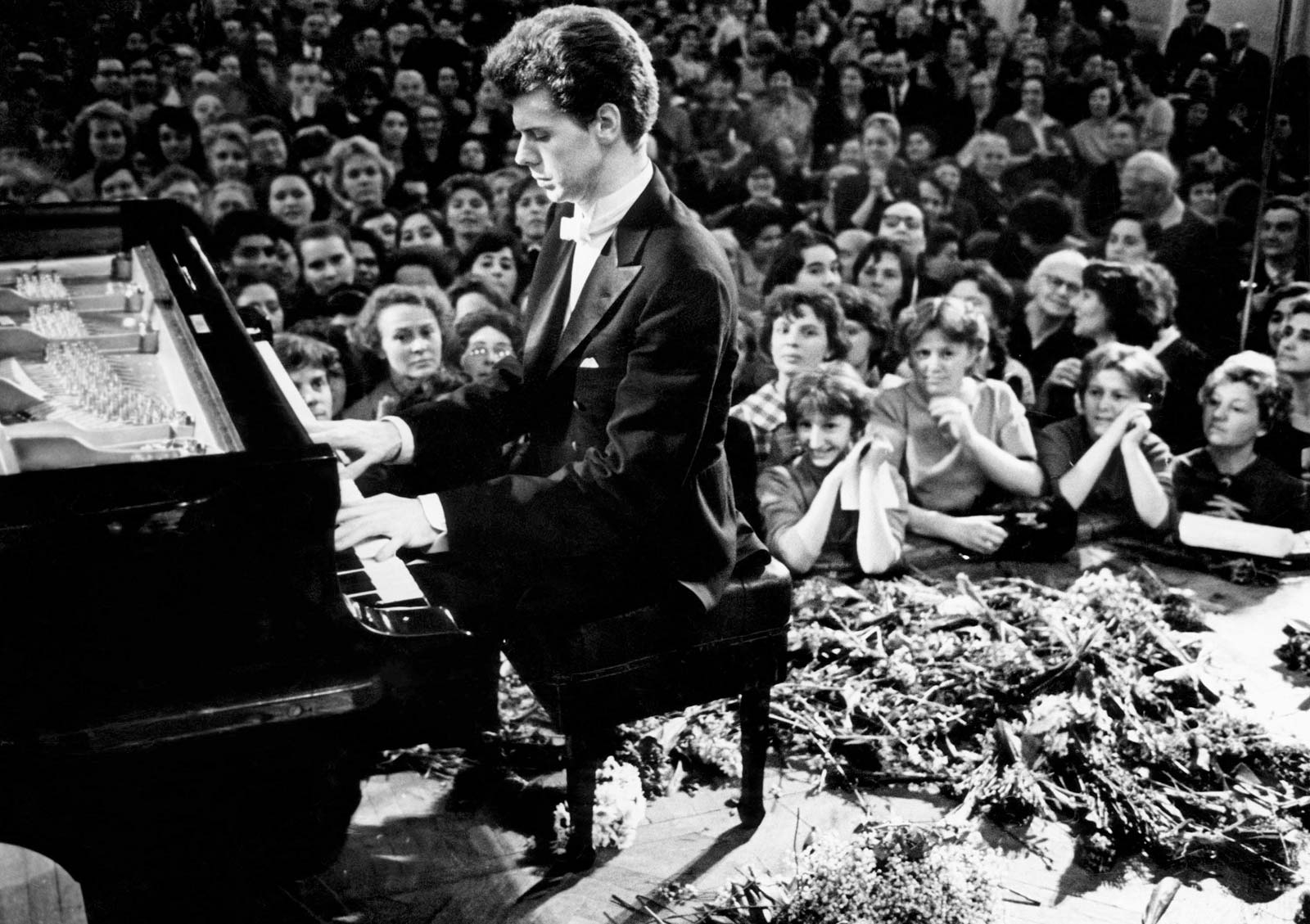 Newsflash: The Cold War was intense. The 40-some years that followed World War II were marked by increasing political tensions between the U.S. and Soviet Russia, leaching into almost all aspects of daily life. Beyond the pre-emptive nuclear war drills taught to school children and the constant threat of mutually assured atomic destruction, a cultural war was being fought. Politicians like Wisconsin’s notoriously accusatory Senator Joseph McCarthy capitalized on the “Red Scare” to gain power, while the Space Race served as a proxy to demonstrate scientific superiority between the two countries. However, one of the first cultural cracks in the Iron Curtain was struck by a pianist by the name of Van Cliburn.

Born Harvey Lavan Cliburn Jr., Cliburn began studying piano under his mother at the age of 3. He showed much promise at a young age, winning a Texas piano competition at 12 years old and debuting with the Houston Symphony at age 12. He then trained at The Juilliard School, studying the tradition of Russian romantic pianists.

Already a successful pianist in his own right, Cliburn was selected to perform at the first International Tchaikovsky Competition in Moscow. This competition, highlighting the works of Romantic Russian composer Pyotr Ilyich Tchaikovsky, was meant to highlight the artistic accomplishments of the Soviet Union on an international scale. Backed by an entire symphony, Cliburn chose to perform Tchaikovsky’s Piano Concerto No. 1 and Rachmaninoff’s Piano Concerto No. 3 — both pieces of great Russian composers. His stellar feel and technique, on full display in re-recordings of the pieces, earned him a standing ovation from the audience lasting more than eight minutes.

However, Cliburn was more than just a pianist — he inadvertently became a cultural diplomat as well. Interested in Russian culture from a young age, Cliburn explored the city before his performance and stated that he “felt so at home.” After his applause died down, he presented a short speech in Russian, then played an encore of his rendition of Russian hit “Moscow Nights.”

Having won the judges and audience over with his skills and warmth, First Secretary Nikita Khrushchev was consulted before giving the award to an American. Khrushchev famously was said to have responded, “Is he the best? … Then give him the prize!”

Upon his return to the U.S., Cliburn was paraded by news outlets as an American hero, being the first classical musician to have a ticker-tape parade for him in New York City. Time Magazine ran a story on “The Texan Who Conquered Russia,” but Cliburn’s story was more of friendship than political gain. He ended up forming a friendship with Khrushchev and U.S. presidents alike, being a regular performer at the White House.

Ultimately, it was Cliburn’s friendliness and love for music that made him an effective cultural ambassador. He founded the Van Cliburn International Piano Competition, which sponsors multiple education programs and concerts throughout the world. Whenever asked about his career, he intimately spoke about music as a lifelong love and service, practicing late into the night even late into his life. When American and Russian leaders began de-escalating Cold War tensions in the ‘70s, Cliburn was there as well — he gave a personal concert to President Nixon and several Soviet officials.

Cliburn passed away in 2013 from complications surrounding his bone cancer, but he received many honors in the years prior. He received both a Grammy Lifetime Achievement Award and the Russian Order of Friendship in 2004, as well as the the National Medal of Arts from President Obama in 2011. As cheesy as it sounds, Cliburn became the epitome of the commonality of art between all of humankind, pushing past extremist notions of anti-Communism and embracing a love of both music and Russia to become the inaugural cultural crack in the Cold War.