The Daily Nexus
Self Study
An Ugly Past Revived
April 6, 2021 at 9:00 am by Kiana Perez-Granados 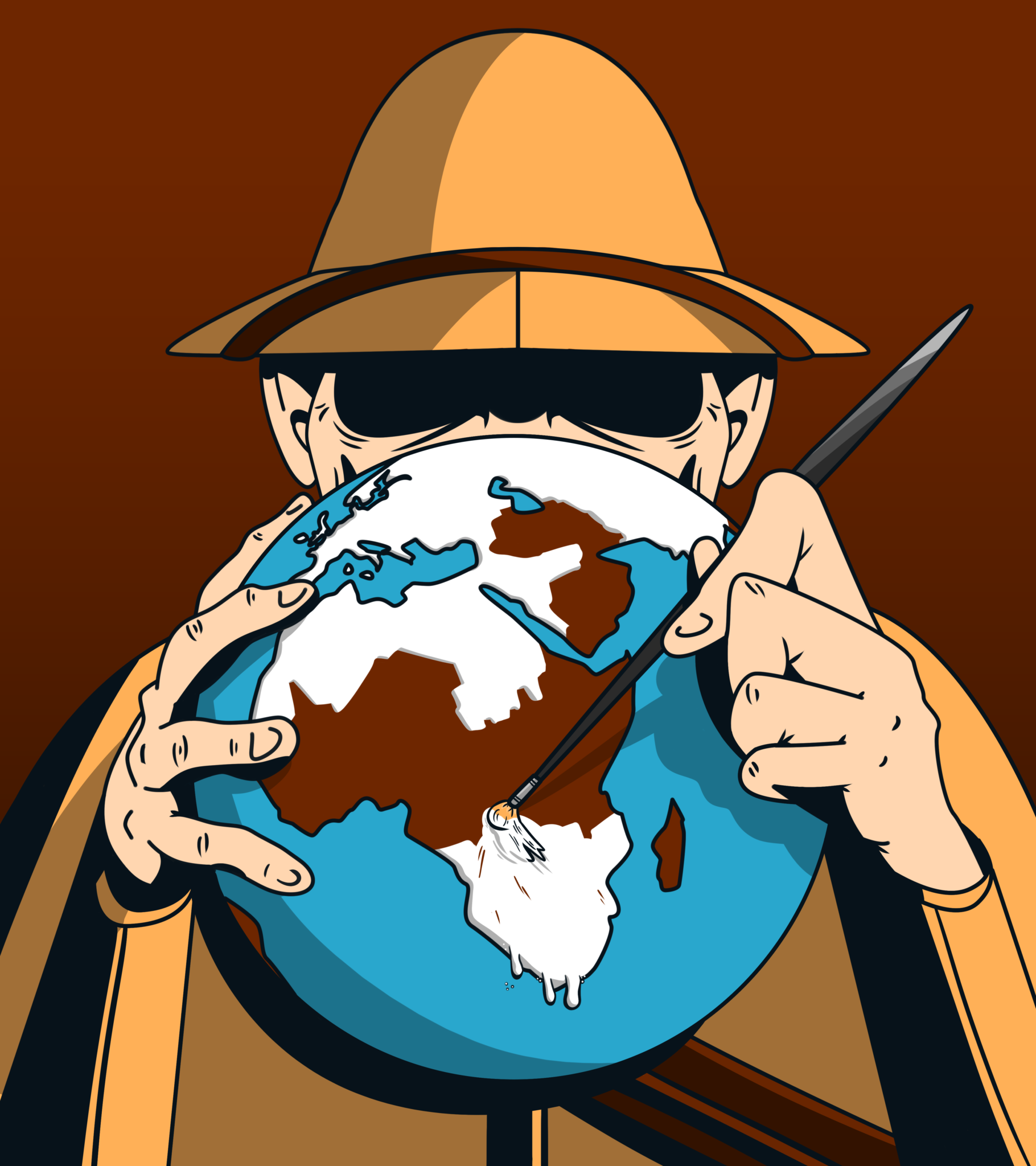 Colonialism is a lot like when your younger brother or sister barges into your room and breaks or misplaces your things, except it’s much bloodier and targets people of color. Colonialism has existed for as long as people have desired what they did not have, whether it be land, resources, power or supremacy over a people. This cruel phenomenon is global and has affected the lives of multiple ethnicities; however, it’s pertinent that we acknowledge the ways in which colonialism still exists today.

Colonialism induces fear in many people today who know what it’s like or are descendents of people who lived under direct colonialist rule. Oftentimes, people associate our modernity with peace; if we aren’t streaming live from the battlefields, showing the violence on and off the streets while using megaphones to call one another derogatory terms, then, hey! We must be in a new era! However, colonialism lives on through its effects on society.

Simukai Chigudu was a student at St. George’s College in Harare, Zimbabwe, where colonialism remained prevalent even in the year 1999. “Saints,” as Chigudu called it, was very selective in choosing who attended their school. Having been chosen to become a student at Saints, though he was part of the Black middle class, Chigudu quickly found himself as an outlier. Seeing as there were only a few Black students attending the school, it wasn’t surprising that they would be the group facing the most prejudice and harassment.

From calling Chigudu and his other Black classmates the derogatory n-word to comparing them to “a bucket of shit,” colonialism has created anti-Black spaces  in which white people feel superior and able to behave this way toward Black people. In Chigudu’s case, it is important to acknowledge how colonialism has forced Black communities to assimilate and mimic white culture in order to fit in. As stated by Chigudu himself, “I barely spoke Shona, the language my father was raised speaking, but had a fluent command of English. I resented white racism but aspired to the cultural capital of whiteness.”

Now, Black communities aren’t the only ethnicities to be affected by colonialism. The Atlantic Slave Trade, destruction of Haitian land and exploitation of African oil are truly devastating outcomes of colonialism. Let’s talk about Thanksgiving. Sorry to ruin turkey day, folks, but Native American peoples were slaughtered as a result of European settler colonialism.

The invention of Thanksgiving stems from a very familiar, censored story involving clueless Pilgrims stumbling upon new land. Seeing as the Native Americans had lived there already and seemed to maintain a sustainable lifestyle, the story proceeds with them helping the poor, clueless Europeans. Then, they all have a peaceful dinner together and ta-da! Thanksgiving.

However, the real story considers how Thanksgiving was actually “a party, not a prayer, and was full of people shooting at things.” The Native American tribe involved was the Wampanoags and, though turkey may have been a common dish that was eaten, seafood was viewed as “the local diet.” The major difference here, though, is that the Pilgrims had not warmly and kindly invited the Wampanoags; rather, they showed up “not to enjoy a multicultural feast but to aid the Pilgrims: hearing repeated gunfire, they assumed that the settlers were under attack.”

This was not taken lightly by the Pilgrims, seeing as they misinterpreted the other party’s actions. Afterwards, there was much tension between the Wamponoags and the Europeans. The mythical tale of a harmonious Thanksgiving warped many minds and the glorification of “the endurance of white Pilgrim founders diverted attention from the brutality of Jim Crow and racial violenc and downplayed the foundational role of African slavery.”

It is important to understand what kind of effects the false Thanksgiving tale had on how these two parties were perceived: whites as “Protestant, democratic, and blessed with an American character,” while the marginalization of minorities was slowly forgotten and ignored.

Many people might adopt the notion that neocolonialism is physically violent, which it can be, but newfound methods have been established by imperialist nations to continue looking down on countries, cities or spaces wherein minorities live. For example, the phenomenon known as urbicide is the killing of a city or infrastructure that has often targeted Black geographies.

Following the Flint, Michigan water crisis, it is clear that urbicide exists within this ethnic space. When the situation in Flint is further dissected, several things come to light that position Black and minority communities at a disadvantage because of political and economic factors. As described in this YouTube video, citizens of Flint were not notified of the toxicity of the water despite officials being well aware. As if this weren’t enough to consider, pregnant mothers faced miscarriages due to drinking Flint’s water, unaware of what kinds of chemicals were present. This is just one real world example of colonialism post the colonial era.

Even in these trying circumstances regarding the COVID-19 pandemic, colonialist rule continues to exist in very implicit ways. In countries like Brazil, Black women specifically are targeted in ways that jeopardize their lives, as well as their children and family members. An article written by Juliana Cristina Teixeira , a member of the Department of Administration at the Federal University of Espírito Santo, Brazil, discusses the role of housemaids in Brazil during COVID-19 to emphasize the disregard for their health and well-being.

Seeing as housemaids are viewed as entirely essential in Brazil, many are subject to unsafe conditions in the context of the current pandemic. Unable to isolate because they are required to work, situations have occurred in which these women contract the virus, as given to them by their employers. Of course, the privilege stands out when the sick employers are able to afford the help they need while the housemaids involved are left in worse condition or even die. The reasons for this are at the core of racism, seeing as keeping housemaids is“a way of preserving the memory of slavery, a period during which race became a marker that ‘crashed’ against the populations to which these women belong, in the context of the ‘colonialist modernity.’”

It is entirely clear the ways in which neocolonialism exists, keeping at a distance the equality and freedom that minorities have fought for for decades, centuries, lifetimes. It is hard to swallow how vulnerable communities of color can be in a time where everyone is dealing with the same problems without carrying the same burdens. From syndemics that expose the health inequalities of states like Michigan and Louisiana to deadly migration forced upon third-world citizens, colonialism is alive and well, while those caught in the middle of it are just bodies to be ignored, killed and taken over.