Sufjan Stevens has been one of the most eclectic and experimental singers of this decade. Through the Grammy-nominated singer’s experimentation with indie music, such as his highly acclaimed seventh studio album “Carrie & Lowell,” as well as more electronic music, such as his 2010 release “The Age of Adz,” he has been able to dip his toes into many different styles and has garnered widespread critical acclaim for his works. Stevens’ success even led to him contributing three songs to the soundtrack for the critically and commercially successful coming-of-age drama “Call Me by Your Name.” 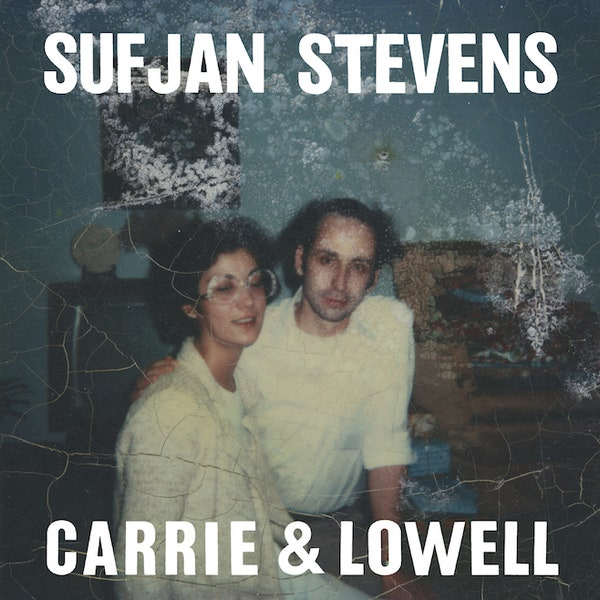 On March 31, 2015, Stevens released his album “Carrie & Lowell” with great success.   Many fans and critics praised the album as Stevens’ best outing, which found its way onto many year-end lists of 2015, a year filled with generation-defining albums such as D’Angelo’s “Black Messiah” and Kendrick Lamar’s “To Pimp a Butterfly.” The album marked his return to his indie-folk sound, with sparse production and many songs that feature quiet acoustic guitars and softly spoken vocals no louder than a whisper.

“Carrie & Lowell” is an incredibly emotional album as Stevens reflects on his childhood, his relationship with his mother (the titular Carrie), her death, his own mortality and his relationship with religion. Despite having only a 43-minute runtime, the album seems to cover a lifetime of the complicated relationship between Stevens and his mother, along with the sadness that follows the death of a loved one.

The opening song of the album, “Death With Dignity,” seems to alert the listener to the themes that the album will be dealing with and the loneliness that Stevens will communicate throughout this album. The opening lines, “Spirit of my silence I can hear you,” introduces the themes of silence and solitude that will recur throughout the project. In the second half of the track, Stevens introduces the motif of death’s inevitability as he sings: “And we all know how this will end.”

“Should Have Known Better,” the next track on the record, finds Stevens reflecting on the moments after his mother’s passing as he expresses feelings of powerlessness and a realization that he has still not healed from the loss he has suffered.

In “All of Me Wants All of You,” the album’s third track, Stevens addresses an ambiguous figure — either a representation of his mother or a romantic partner. “Drawn to the Blood” follows this track and is probably the only song on the album that doesn’t seem to be an ode to Carrie, as Stevens describes a toxic relationship with his lover, presumably a man based on the lyrics, “The strength of his arm / My lover caught me off guard.”

“John My Beloved,” the third-to-last song on the album, is another example in which Stevens is cryptic about whether he is talking about a romantic partner or about the biblical John, an allegorical figure. By the end of the song, Stevens is asking for Jesus’ companionship and protection.

Another emotional tour de force of the album is the fifth track, “Eugene” — named after the city in Oregon where Stevens would visit his mother and stepfather, the titular Lowell. This song finds Stevens reminiscing about his childhood in Oregon and his relationship with his stepfather. Stevens portrays Lowell as a strong father figure, singing, “He couldn’t quite say my first name / Like a Father, he led Community water upon my head / And he called me ‘Subaru.’” Stevens humorously portrays Lowell as his father, even though he was not Steven’s biological parent.

No song captures the entangled relationship between Stevens and his mother better than the sixth track of the album, “Fourth of July.” The song seems to take place after the death of his mother, with Stevens having a back-and-forth with her spirit. He appears to be in the bargaining stage of his grief at the beginning of the song, lamenting: “What could I have said to raise you from the dead?” as he is unable to accept that his mother has passed. His mother later responds to him by asking, “Did you get enough love, my little dove / Why do you cry? / And I’m sorry I left, but it was for the best / Though it never felt right.”

Carrie comforts Stevens from beyond the grave, apologizing for leaving him when he was young but assuring him that she had his best intentions in her mind and acted out of love for him.  She gives him one last piece of advice: “Make the most of your life, while it is rife,” before the song ends with its last haunting line, “We’re all gonna die.”  While this may seem to be a melancholy end to perhaps the darkest song on the album, given the context, Stevens seems to be simply repeating this fact as a sort of reassurance regarding the one certainty in every human’s experience.

“The Only Thing” details the ways that Stevens tried to cope with the loss of his mother, making explicit reference to suicidal thoughts. The only reason Stevens believes he has survived is because of his faith. “No Shade in the Shadow of the Cross” deals with similar themes, as Stevens describes his engagement in destructive behavior in imitation of his mother: “Drag me to hell / In the valley of The Dalles / Like my mother.”

On the final song on the album, “Blue Bucket of Gold,” Stevens is asking his friend for their friendship to be reaffirmed and for support in the wake of the loss of his mother. Stevens realizes that he cannot deal with this painful loss by himself and should rely on the companionship of his friends.

Ultimately, the album doesn’t leave the listener with a sense of closure, but perhaps Stevens is saying that closure isn’t going to be found in the space of 40 minutes. Instead, it will take him a lifetime to heal from the loss of Carrie, as he leaves listeners with the pinnacle of modern-day folk music and one of the most evocative and heartbreaking albums of any generation.