The Daily Nexus
Sports
Gauchos Take On 5th-Seeded Bluejays in NCAA Tournament Showdown
March 19, 2021 at 10:26 am by Brandon Victor 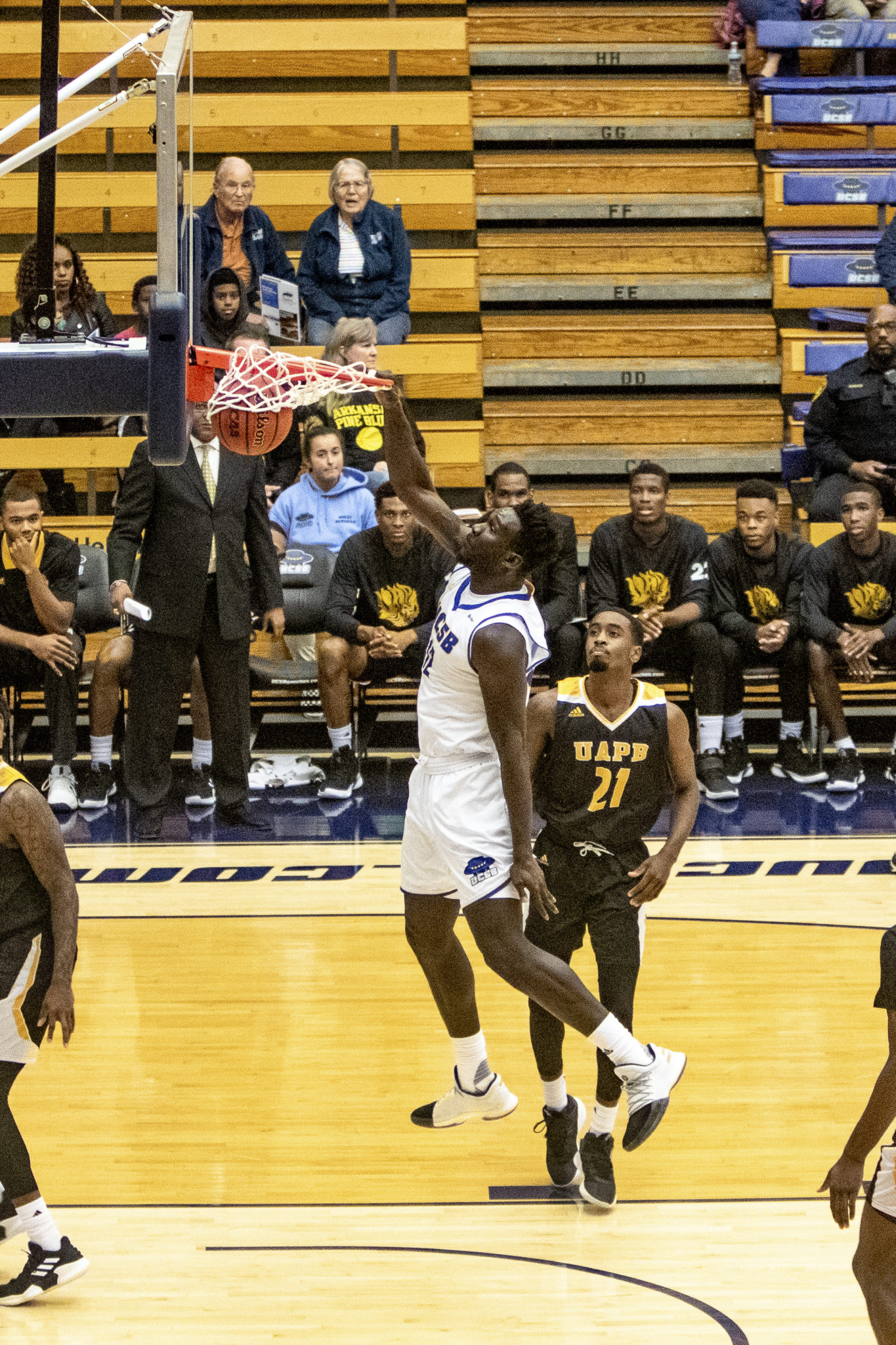 On March 13, the UCSB men’s basketball team clinched their first NCAA tournament bid in 10 years with their resounding 79-63 victory over UC Irvine. The hard work was done; all the Gauchos had to do on Selection Sunday was find out their seeding and opponent. Within the first few minutes of the selection show, the Gauchos quickly found out both: they would take on the 5th-seeded Creighton Bluejays out of the Big East as the 12th-seed in the West region.

In the Big West title game, senior guard JaQuori McLaughlin yet again displayed his talent, poise and decision-making. In the decisive victory, McLaughlin led the Gauchos with 22 points on an efficient 7-13 from the floor — including 16 points in the second half. Outside of McLaughlin, junior forward Amadou Sow contributed a 13-point, 11-rebound double-double, while junior forward Miles Norris pitched in 19 points for the upstart ‘Chos.

“When we lost to Irvine earlier this year, we told [the team] that this is not a sprint, it’s a marathon,” Head Coach Joe Pasternack said. “When the stakes were highest, our guys really competed.”

On the flip side, the Bluejays enter Saturday’s matchup coming off of inarguably their worst performance of the year: a 73-48 trouncing at the hands of Georgetown. Before that loss, however, Creighton had amassed three consecutive wins — including an impressive 59-56 victory in the Big East semifinal over University of Connecticut.

While 12 vs. 5 upsets have been trendy in recent years, the Gauchos will certainly have their hands-full with an experienced and balanced Creighton squad. Junior guard Marcus Zegarowski leads the Bluejays with 15.5 points per game, but all five starters average at least 10 points per game in what is one of the most prolific offenses in college basketball. For the season, Head Coach Greg McDermott’s squad averaged 77 points per game and led the Big East in 3-point percentage (.367) and 3-pointers made per game (9.71). The Bluejays primarily play beyond the perimeter, but junior forward Christian Bishop will present a difficult test for the Gauchos’ interior defense. On the season, Bishop averages 10.8 points per game, but does so on an insanely efficient 67% shooting from the floor.

Saturday’s matchup features one of the best offensive teams in the country facing off against what has been an incredibly stout UCSB defense. The Gauchos rank 19th in scoring defense in the country, giving up merely 62.8 points per game. With the elite perimeter defense of both McLaughlin and graduate guard Brandon Cyrus, the ‘Chos seemingly have the tools to handle Creighton’s perimeter attack.

In the paint, however, the Gauchos looked poised to exploit the relatively small Bluejays team. While the Gauchos rank 35th in the nation with a +5.5 rebounding margin per game, the Bluejays have a negative rebounding margin. Part of this is attributable to Creighton’s strong opponents in the Big East, but even in nonconference play, Creighton frequently found itself outrebounded by its opponent.

Enter Sow — easily Santa Barbara’s best option in the interior. On the season, Sow averages 13.7 points per game and 7.6 rebounds per game; in an exploitable matchup, look for UCSB to feed the big man early and often.

If UCSB has any hope of an upset, however, it will need a big game from McLaughlin, who leads the Gauchos in scoring (16.2 points per game) and assists (5.2 assists per game). After winning Big West Conference Player of the Year, McLaughlin was named an Associated Press Honorable Mention All-American earlier this week.

“[McLaughlin] has had such a great season,” Pasternack said. “His unselfishness is such a huge part of this team and he just makes everyone else better.”

In UCSB’s last NCAA appearance, the 15th-seeded Gauchos were hammered by 2nd-seeded Florida, 79-51. But something feels different about this year’s team—who seem to be a trendy upset pick in sports media circles. While Creighton easily presents the biggest challenge this season for the ‘Chos, Santa Barbara’s effort on the defensive end should help keep them in the game. If McLaughlin and Sow can combine on the offensive end, look for UCSB to make some noise come Saturday.

UCSB will take on Creighton on Saturday at 12:30 p.m. at Lucas Oil Stadium.