In early January, construction began in Estero Park on the Isla Vista Food Forest, a project that will supply fruits — ranging from avocados to tangerines — to Isla Vista residents through regenerative agriculture. 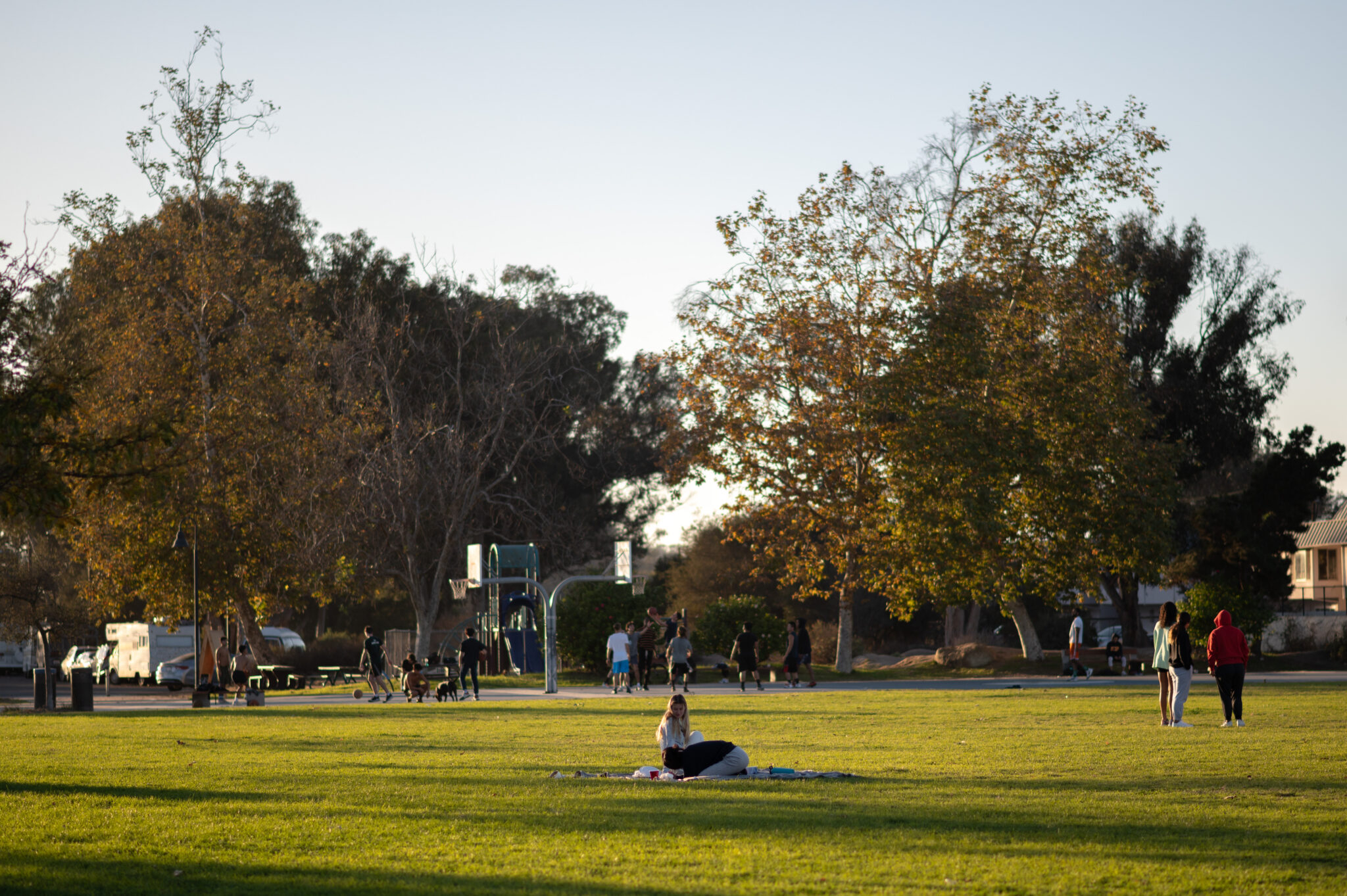 For the past four years, former and current UC Santa Barbara students have been working on the idea of the food forest, which utilizes rehabilitative farming practices to improve the land each year, according to Anthony Barbero, a UCSB alumnus of the class of 2018. The overall emphasis of a food forest is improving the health of soil and efficiency of the water containment while avoiding the use of unnatural pesticides and fertilizers.

Barbero first presented the idea of creating the Isla Vista Food Forest to the university organization Eco Vista in 2017. Eco Vista is a student-driven project dedicated to transitioning Isla Vista into an economically and ecologically sustainable town, or an eco-village, according to the organization’s website.

Frustrated with Santa Barbara’s impractical food system and ineffective use of valuable land, Barbero said he wished to create a food forest that seeks to imitate ones found in nature.

“We have arguably the best climate in the United States for farming and we have half of all students skipping meals at UCSB,” Barbero said. “It just doesn’t make any sense.” According to the university, 48% of undergraduate students face food insecurity.

John Foran, a professor of sociology and environmental studies at UCSB and co-manager of Eco Vista, took an interest in Barbero’s pitch and became one of the co-founders for the project in spring 2017. Although he described the project as “very student driven,” Foran said he assisted by providing funds through the Office of Undergraduate Research.

“We’ve used some of the funds to help [Barbero] and Ash [Valenti] purchase seeds and the other materials that they’re using,” Foran said. “So, in part we are funding the creation of the food forest.”

Valenti is a current student at UCSB who completed their B.A. in political science and is now enrolled in an extension program dedicated to environmental justice. As a co-coordinator of Eco Vista, Valenti said they have worked closely with Barbero and have been personally involved in the project.

“It’s about showing that Isla Vista can be a transition town where we are working together and having spaces that show we care about our community, we care about each other and we care about the environment,” Valenti said.

Since 2017, Barbero said he has worked on multiple food forests around Santa Barbara and has had success in incorporating efficient and environmentally cautious agriculture methods into his projects. By using regenerative systems, he said, the food forest should generate more water, create more biodiversity and store more carbon each year for years to come.

“That’s the whole goal of permaculture and the food forest,” Barbero said. “You shouldn’t be maintaining a baseline. You should be getting better.”

The project not only aims to end the food insecurities present in Isla Vista in an eco-friendly way, Barbero said, but it also attempts to provide a habitat for local animals and a community gathering space. Once it is advisable to meet in large groups per county and state public health restrictions, Valenti said they hope to use the land for communal gatherings such as swap shops, open mic nights or trash service days with the assistance of Eco Vista.

“It’s going to be this living ecological museum where people can come and experience the layers of nature, done in a way that’s productive and feeds the community as well to fight food insecurity,” Valenti said.

Foran said he also looks forward to when Eco Vista can fully take advantage of the area in Estero Park that holds the food forest. Its close proximity to the youth center, basketball courts and soon-to-be composting bin creates an ideal environment for communities to gather after the long period of solitude we’ve all endured, he said.

“It’s a really awesome choice for the site,” Foran said, adding that “it’s in a prominent place where there’s a lot of interaction, so that was quite brilliantly chosen.”

Due to the use of regenerative agriculture, the food forest should be able to prosper for years to come, allowing it to be a place of gathering for future generations in I.V., he said.

“The goal is for it to last hundreds of years,” Barbero said. “I want it to be around after all of us are gone because that’s real sustainability. That’s real regenerative agriculture.”

so there is a smallish organic garden over there already. this is something new? new composting capability? The area is not particularly large. Is the intent to plow up all that Estero grass and grow food instead? Not that would be some semblance of “farming”. Let’s get real. This is a bunch of happy fill in the blank

Kids from rich families pretending to struggle and to be farmers. Who pays their rent? They don’t have jobs.

this is a scam. there are four trees paid for by the county and some bushes. utter drivel

This is a cool, fun project, definitely will add to the diversity of the park vegetation/foliage in terms of what’s growing there. But, the article forgot to mention/left out 1 basic thing/fact & that’s the connection this project has w/ Isla Vista Recreation & Parks District. After all, it IS on IVRPD land & they granted this space for it. Given Isla Vista’s demographics maybe some of the stated goals might be a bit out of reach, but in terms of adding to the beauty of the area on the west end of IV, all good. Another thing, w/ respect… Read more »

all true but where is the “food forest”? is this just renaming the community gardens?