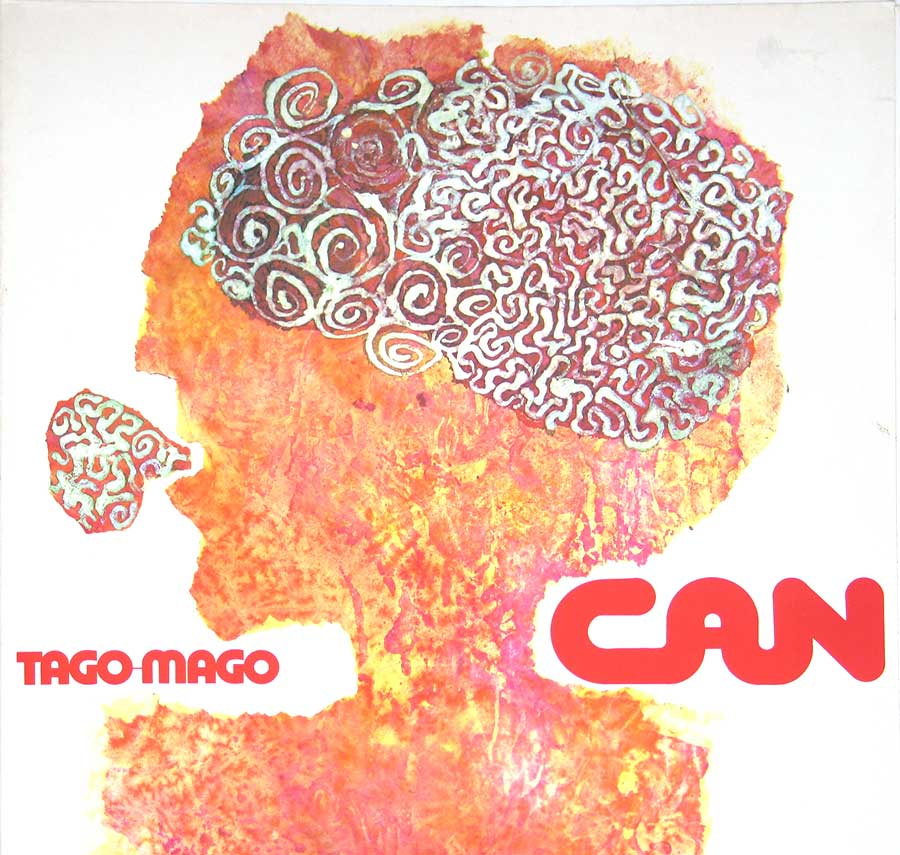 German rock band CAN was formed in Cologne, Germany circa 1968, during a time of great political and social upheaval in western Germany. During these years, music was inseparable from the ongoing civil unrest while striving to be psychedelic and free. The West German student movement would seek to address political and cultural concerns as these students wanted to rebel against American influence, conservative German entertainment and the legacy of Nazism; many of the West German government’s high-ranking political officials had been members of the Nazi Party during World War II.

While CAN would alternate between two lead singers, the band’s core would remain the same throughout its career. Members of CAN came from various backgrounds and musical disciplines, as keyboardist Irmin Schmidt and bassist Holger Czukay studied music under electronic pioneer Karlheinz Stockhausen in the early 1960s, and drummer Jaki Liebezeit got his start playing in various free jazz bands. The lineup also featured guitarist Michael Karoli and vocalists Malcolm Mooney and Damo Suzuki.

Prior to the release of “Tago Mago,” the band had recorded and released two records: their 1969 debut “Monster Movie” and the 1970 release “Soundtracks,” a compilation of songs written for German film and television.

Released in 1971, “Tago Mago” is the band’s second album. Separated into two distinct parts with unique sound motifs, the album starts with four tracks that are filled with all sorts of off-kilter beats and rhythms. The last three tracks make extended use of the sound collage to deconstruct the foundations of music, in which tape splicing is the primary mode of instrumentation.

“Paperhouse,” the album’s opener, jolts us into the future — into a place where Suzuki’s dadaist lyrics are held down by Czukay’s steady bass rhythm and a rhythmic foundation gives Karoli and Liebezeit the freedom to explore unhinged sounds. Listeners can hear both musicians searching for something outside the confines of conventional German music as their experimentations cascade in a climactic display of vision, an almost celebratory recognition of things to come.

“Mushroom,” a groovy track, is formed around Liebezeit’s mechanical drumming that brings CAN as close as ever to making what sounds like a traditional pop song. On this record, Suzuki makes use of repetition, and there are three lyrical phrases that get repeated throughout the track: “When I saw a mushroom head,” “I was born and I was dead” and “I’m gonna get my despair.” Both Liebezeit’s drumming and Suzuki’s lyrics induce a sort of trance on listeners as they almost become the “mushroom head” that Suzuki chants about.

This mushroom head motif permeates throughout the album, even visually according to how some interpret the album artwork. On one hand, the album cover might appear to depict a silhouetted head and brain, but on the other hand, the artwork might suggest a mushroom cloud produced by the explosion of a nuclear bomb. This motif of nuclear explosion is further explored on the third track, “Oh Yeah,” which opens with the sound of explosions before the sound of rain descends upon the listener. Once again, Liebezeit’s drums are at the forefront, becoming more mechanical and repetitive with a few embellishments here and there to create a sense of dread, magnified by Czukay’s bass and Schmidt’s droning keyboard.

Czukay and Liebezeit come to a head on “Halleluwah,” with the former’s repetitive playing nevertheless sounding resonant and menacing, and the latter’s loose drumming allowing him to groove more. There is more interplay between the bass drum, hi-hat and snare as well as an iconic interlude five minutes into the song during which the only instrument heard is the piano. Hinting at the tonal breaks that will become commonplace in the second portion of the album, that break is short-lived and the band comes back together soon after to offer one of the grooviest songs ever committed to tape.

The widespread influence of “Tago Mago” is reflected in the subsequent records of musicians who were inspired by the record’s creative exploration, including the Sex Pistols’ John Lydon, David Bowie, Radiohead and A Tribe Called Quest, with the latter sampling “Halleluwah” on their final album. Still, none of their music sounded quite like the “Tago Mago” that was released in 1971, and nothing in the greater music industry has sounded the same ever since.