The Daily Nexus
Opinion
Learning How Money Talks in Video Games
February 27, 2021 at 9:00 am by Kenneth Moody 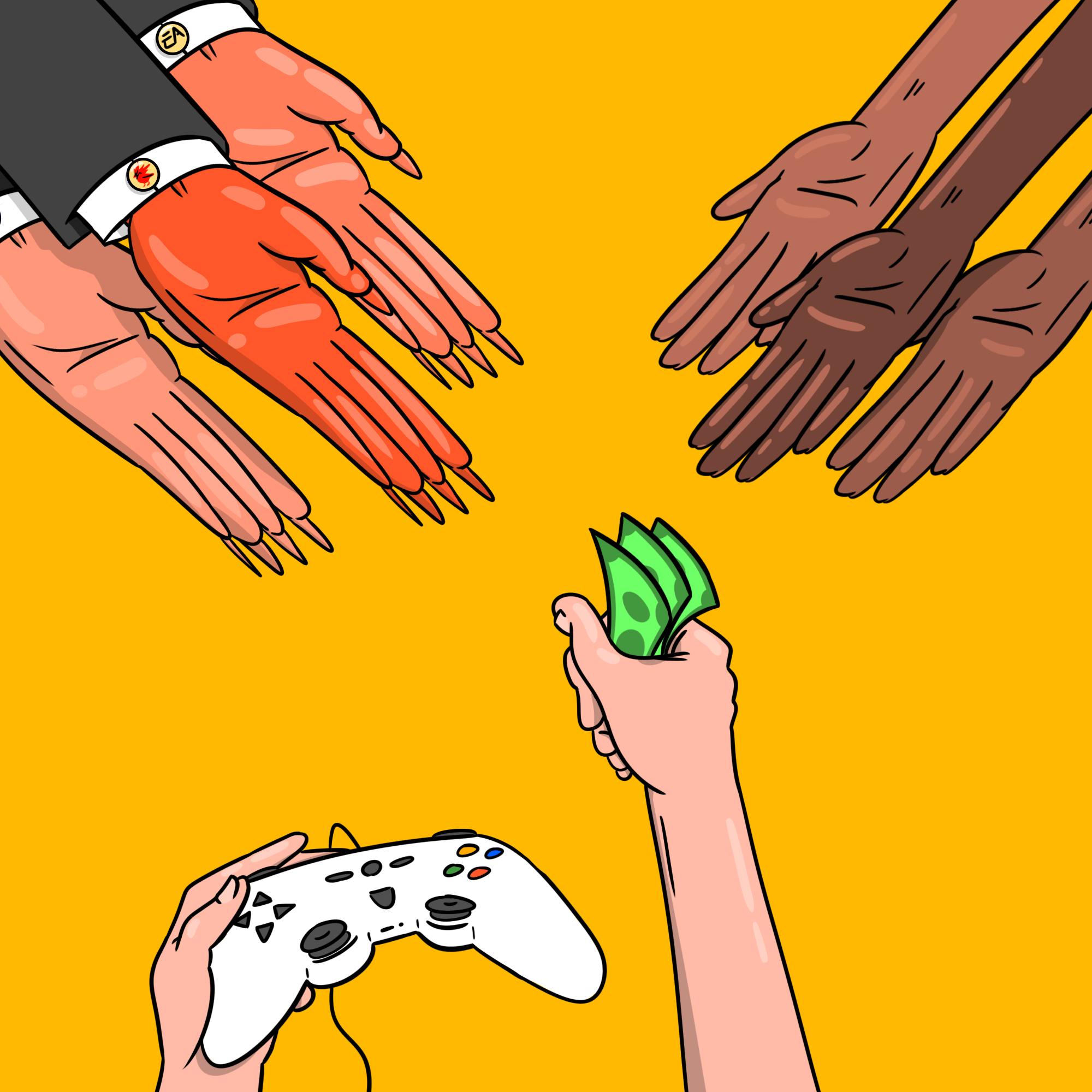 As 2020 began its path to ruin, the one thing I was looking forward to was the release of the video game Cyberpunk 2077 by CD Projekt Red in December. I had trust in the developers of the game and they assured me that this game was going to be the highlight of my year. Spoiler alert: It was a shitshow just like the rest of 2020. However, through my anger, bewilderment and disappointment, I learned a valuable lesson that I’m bringing into the new year.

I realized that the love of money is a double-edged sword. The uncontrolled love of money is what makes these big companies and politicians lie, take unethical shortcuts and screw me over, but that same love of money is why it is threatening when I and others decide to use that money intentionally as an extension of our voice. Everyday people can become a force for change and upset the current power structure when we decide to use money as a political tool.

To give a little comparison to my feelings with this game, imagine if this was the Marvel Cinematic Universe (MCU). You’ve been invested in the overarching MCU plot since 2008 with the release of “Iron Man”. They are building up to an amazing climax with Thanos and the Infinity Stones. All throughout the 10 years and three phases, Marvel has been building your trust by releasing great hits like “Guardians of the Galaxy,” “Black Panther,” “Captain America: Civil War” and “Avengers: Infinity War.”

It is finally time for “Avengers: Endgame” to release. The trailers look amazing and the hype for the movie is out of this world. You bought your tickets in advance for opening night, took the next day off of work and the time finally comes to see the moment you’ve been waiting 10 years for. The movie starts and in the opening scene Iron Man has been recast as someone else, with no warning. As the movie goes on, it is skipping frames and randomly freezing, the audio isn’t synced with the visuals, the special effects look like a low budget CW show and they don’t even have the awesome fight scene at the end. You would be angered and appalled at the unmitigated gall of the MCU for releasing such garbage and ruining everything. That is what the release of Cyberpunk 2077 felt like.

With Cyberpunk 2077, I couldn’t fire the managers or fix the game myself, but the gaming community as a whole showed me the power of repaying greed with massive financial losses. Before the launch, CD Projekt Red (CDPR) boasted that they had 8 million pre-orders worldwide earning them a gross of $500 million before day one. At the same time, they purposefully manipulated the review process by withholding certain versions of the game to avoid exposing the unplayable state the game was in. They thought they were in the clear because they had our money, but the second the videos started coming in of the unacceptable bugs and crashes in the game, the stock in CDPR went down 33% within the first four days of the game’s release.

While CDPR rightfully suffered consequences for their actions at the hands of the public, I wasn’t satisfied as I still felt I was at a loss. In these scenarios, my reaction is exactly that — reactionary. I get lulled into the same lies even though I know that the big budget (AAA) gaming industry is corrupt. When everything falls apart, I am left to figure out how to get a refund for the millionth time. I hate that cycle.

I want to use my money proactively to produce a change in who holds power and what behaviors I am seeing. I realized that I would need to become much more conscious and political with my money. If I don’t like the way the AAA gaming industry handles things, I should buy from independent developers who aren’t trying to lie for money. Instead of supporting the greed of big companies, I would rather support the small businesses with the innovative ideas and heart that makes them stand out. The focus is placed on giving and incentivising rather than punishing after the fact.

As I watch the current shitshow unfold in the U.S. political landscape, I begin to see how this framework can be applied outside of the gaming industry. Outside of pure voting, it is sometimes hard to see how I could make an impact on the realm of politics, but now I see that my money can speak for me too. For example, while I can’t vote for a Black representative in another state, I could definitely spare $5 to donate to their campaign. The $5 they take from me is $5 less they must take from some organization that upholds our systems of inequality and would force them to compromise on morals. It may be small, but something is better than nothing.

While these contributions do look small on an individual level, the power is multiplied as more people collectively take action. Imagine if just 100,000 people spent $5 more into the Black community, whether that be buying a subscription to a Black person’s Patreon or buying their food, makeup line or clothing merch. That’s $500K going into the Black community, and if people did that everyday for a year, it would be $180 million going to support Black businesses. Now imagine if it was one million people instead of 100,000. That is $1.8 billion a year saying, “the people want racial economic equity in the U.S.!”

With numbers like these, it is clear to see that everyday people can make a change just by putting a little bit of money behind their convictions. It isn’t necessary to be a millionaire to make change. All that is needed is conscious and intentional spending. It is easy for me to rant about the hundredth AAA game that deceived me or the corruption of U.S. politics, but if how I spend my time and money doesn’t reflect that, I won’t be making an impact. I am done feeling like I am being manipulated for my money by the whims and actions of higher powers. In 2021, I’m turning this around. If someone wants my money, they must be doing something right.

Kenneth Moody is sick and tired of falling for the banana in the tailpipe.