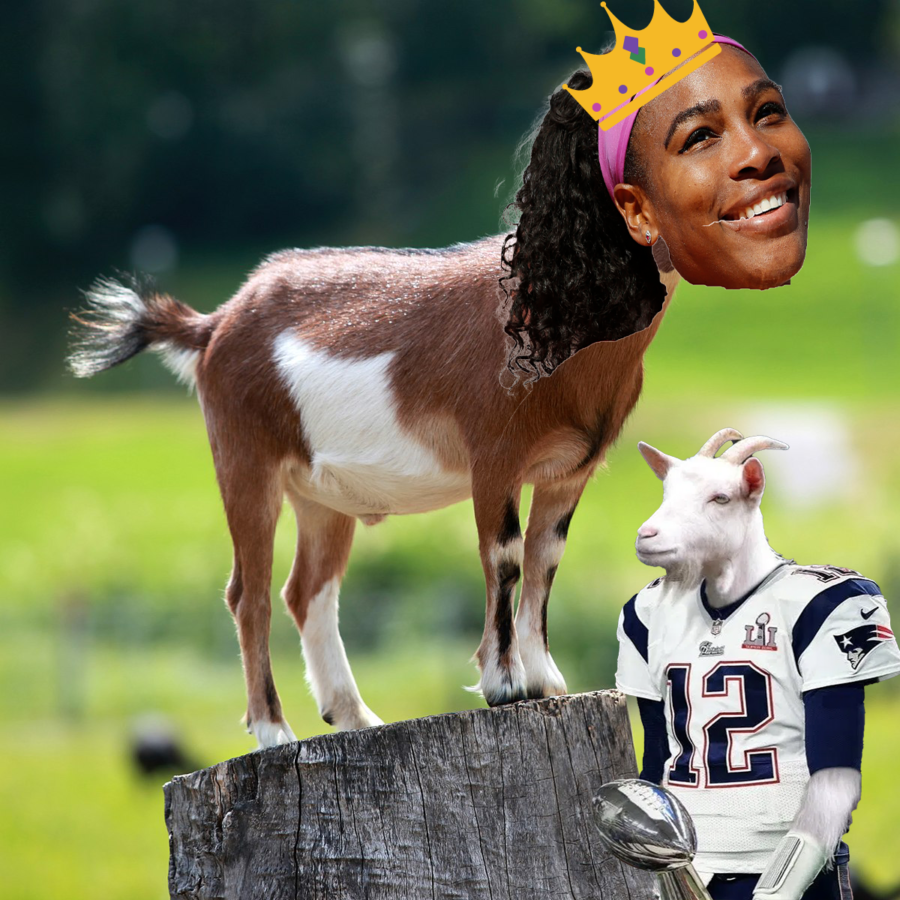 Arguments over which athlete is the Greatest of All Time have been hotly contested time and time again. This debate was revitalized after Tom Brady, at the age of 43 and after moving to the Tampa Bay Buccaneers, won his 7th Super Bowl title.

Given his old age, ability to bring a national championship to Tampa Bay after 18 years and dominant wins, the Internet was buzzing with claims of Brady being the Greatest of All Time (G.O.A.T.) As these claims surfaced, huge rebuttals surfaced on Twitter and TikTok as to why and how Serena Williams, not Brady, is the G.O.A.T.

First, let’s bring out their stats. Williams has won 4 Olympic gold medals and a total of 39 Grand Slam titles — 23 in singles, 14 in women’s doubles, and 2 in mixed doubles. Out of the multitude of records that she holds, some of the most impressive include holding the second most Grand Slam singles titles, being the oldest player to hold the No. 1 women’s ranking and being the only person in history to win 3 of the 4 Grand Slams 6 times. Her powerful style of playing and athleticism revolutionized women’s tennis forever.

Brady’s humble beginnings as the 199th overall pick in the sixth round of the NFL Draft is nothing but inspirational. He’s appeared in the Super Bowl 10 times, having won 7 of those titles. Brady led the Patriots to 17 division titles. He is the NFL leader in career passing yards, attempts, completions and touchdown passes. While he holds a myriad of other records, he also holds the record for career quarterback wins, quarterback playoff wins and Super Bowl MVP awards. He’s the only quarterback to win a Super Bowl in three different decades and has won more Super Bowls than any other NFL franchise. After Super Bowl LV, he became the player with the most championships in NFL history.

It’s clear by looking at both of these athletes that age is just a number. Williams is currently 39 years old, a mother and still making consistent appearances at Grand Slam finals and winning tournaments. At the age of 43, Brady has just won his 7th Super Bowl. Moreover, he is the oldest starting quarterback to win a Super Bowl, a Super Bowl MVP, and a league MVP. Regardless of their impressive achievements, longevity,and transcendence in their respective sports,  Williams is by far a more impressive and iconic athlete than Brady.

Williams competes in the Women’s Tennis Association (WTA), a worldwide professional tennis tour for women. For the past 25 years, Williams has been competing with the best female tennis athletes in the world and consistently outplaying them to win the most prestigious and important tennis tournaments (Grand Slams). Brady, on the other hand, competes in the NFL, a professional American football league with only 32 teams. Brady is only competing with the best football athletes in America, at a national level. Although football is considered to be an American sport, there are about 80 countries around that world that have organized federations for the sport.

Secondly, Williams has come to dominate her individual sport. It is Williams, and absolutely no one else, who is responsible for her success and wins on the court. She has no teammates to rely on and depend on to win. Everything she does on the court is the product of her talents alone, and no one else’s. Brady, however, plays a team sport. Everything he does as a quarterback is contingent on the abilities of his frontline players, wide receivers and running backs. All of Brady’s wins have come from the talents of his teammates, not just his own. Albeit, tennis and football are completely different sports, but the amount of Grand Slams Williams has won and the dominance she has held over an individual sport for the past 20 years is more impressive than anything Brady has done.

Moreover, Williams won her 2017 Australian Open title while being eight weeks pregnant. After giving birth to her daughter in 2017, Williams’ life was in critical danger from developing blood clots which required multiple surgeries and caused her to be bed ridden for weeks. After childbirth, most female athletes are not able to return to the same level at which they once played. While managing motherhood and tennis, Williams has managed to reach 4 Grand Slams finals but has been unable to win any of those finals.

Both of these athletes have transformed their sport and will be remembered for years to come. But claiming that Tom Brady is the G.O.A.T. is an injustice and a disservice to Serena Williams, a Black woman who overcame a great deal of racism to dominate in a primarily white sport. Her longevity and dominance in the sport has made her an international icon identifiable by just her first name. Williams is simply the G.O.A.T. No question about it.