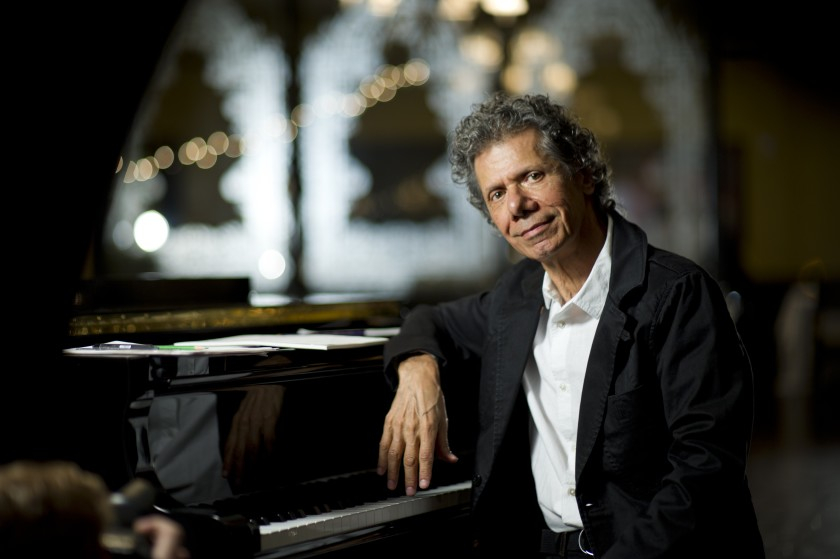 On Feb. 9, 2021, Chick Corea passed away after battling cancer. Corea was a highly lauded pioneer of jazz fusion — a genre that reinterprets jazz music by using alternative inspirations like rock, metal or Latin music. In the wider canon of modern-day music, Corea is best known for his work alongside Miles Davis and his band, Return to Forever, where the serene Fender Rhodes electric piano became his signature sound. His death was mourned by musicians from every musical walk of life; artists from Thundercat to John Mayer commemorated the loss of such an innovative musician through posts on social media.

Corea grew up surrounded by jazz music, as his father, a jazz trumpeter, encouraged him to play the piano and showed him bebop records. After playing at local jazz clubs in high school, Corea attended Columbia University and The Juilliard School before dropping out. He played gigs with various groups and collaborated with the likes of saxophonist Stan Getz before starting his group, the aforementioned Return to Forever.

Intending to make jazz more accessible to mainstream audiences, Corea chose to pull inspiration from Latin music instead of the rock music that other fusion groups were experimenting with. In 1972, the group broke onto the jazz scene with their self-titled album “Return to Forever.” The album featured Flora Purim’s airy vocals floating on Corea’s jumping electric piano, creating a liberating atmosphere that perfectly mirrors the album cover: a seagull coasting over crystal blue water.

Return to Forever’s second project yielded the jazz standard “Spain,” of which any band kid is certain to be well-acquainted with. Intoxicatingly groovy syncopation spaces out the solos of various instruments, making the piece into an uplifting jam piece. Other highlights from the album include Purim’s playfully intimate vocals on “You’re Everything,” and the fast-paced “Captain Marvel.”

Corea not only created his own innovative music, but he also contributed to the works of other legendary musicians like Miles Davis. After the departure of iconic keyboardist Herbie Hancock from Davis’s band, Corea filled in. With Corea by his side, Davis dreamed up the wildly imaginative and boundary-breaking “Bitches Brew,” (1970) along with other great works like “Filles de Kilimanjaro” (1968) and “In a Silent Way” (1969).

The impact of these collaborations’ creative spirit cannot be overstated — Radiohead frontman Thom Yorke even cited “Bitches Brew” as a creative influence for their seminal dreary rock album “OK Computer.” Corea expanded upon the airy style he had developed with Return to Forever by working with vibraphonist Gary Burton. In 1973, the two released the album “Crystal Silence,” which shares its name with the second track on Return to Forever’s eponymous debut project.

The collaboration appropriately maintained a similarly airy feel, especially with Burton’s twinkling vibraphone performance. However, Corea opted to play a traditional piano rather than his signature electric keyboard for sonic contrast. In 2016, the two reunited to bring their friendship and good vibes to NPR’s Tiny Desk Concert.

In contrast to Burton’s tranquil vibraphone, guitarist Al Di Meola frequently brought his high-energy rock guitar edge to Corea’s music. Di Meola’s innovative and technical style of guitar playing may have been the cause of Return to Forever’s greatest commercial success like the prog-jazz (progressive jazz) record “Romantic Warrior.”

Di Meola would go on to have a very successful career in the world of instrumental music, but he never forgot the opportunity that Corea gave him as a 19-year-old student at Berklee College of Music — shortly after Corea’s death, Di Meola reminisced, “Thank you, dear Chick, for the legacy you gave to the world and for believing in me and giving me the chance to play with you, my hero! Rest In Peace.”

Throughout Corea’s musical career, there is nary a speck on his discography or projects he has collaborated on or created himself.  However, Corea’s devotion to Scientology, the controversial religion created by L. Ron Hubbard, has caused some to raise eyebrows at his devotion to such a group. In 1993 he was not allowed to perform at the World Championships in Athletics in Germany because of his affiliation with Scientology. Nonetheless, Corea cites his dedication to Scientology as inspiration for venturing into jazz fusion.

Corea’s accomplishments in jazz haven’t gone unrecognized, as seen through his 25 Grammy Awards wins. His delicate keyboard work helped pioneer a new genre of softer and more accessible jazz fusion. Most of all, Corea’s inspirational creative spirit was based on fun rather than sheer virtuosity.

His numerous collaborations and playful innovation stemmed from his enjoyment of music — his parting words in a message posted to his Instagram account reads, “It’s not only that the world needs more artists, it’s also just a lot of fun.” Corea’s music serves to inspire listeners, musicians or not, to rediscover the joy and purpose in their worldly pursuits.

Well written bio by Bienz and Gonzalez on the life of Chick Correa. Chick was the best, and, like so many greats from the 1960’s and 70’s there’s no one to replace him. I’m actually disappointed in the muted response by the mainstream media to Chick’s passing – he should have been accorded a more robust tribute for his accomplishments, and, for the great success and longevity of his career. Fortunately, his music will be with us forever to inspire and enjoy.