In this unconventional season, the Gauchos surely miss fan energy at the Thunderdome. Remaining the only Big West team without a home win, Basketball Coach Bonnie Henrickson’s ladies will welcome the University of Hawai’i at Mānoa for a weekend doubleheader on Friday and Saturday afternoon.

The 6-game losing streak to start the season, and current 5-game winless run for the Gauchos does not paint the full picture. Out of their 7 conference losses, 3 games were decided by 4 points or less. For a team that led the Big West in scoring defense and rebounding margin last year before the onset of the pandemic, the presence of sophomore center-forward Ila Lane is surely missed. Providing an astonishing average of 13.0 rebounds per game (RPG) to go along with consistent double-digit scoring, last year’s Big West Freshman of the Year probably could have altered some of those results. However, junior forward Taylor Mole and redshirt senior guard Doris Jones deserve tons of credit for stepping up in this department. Both rank within the top 25 in RPG, with Mole leading the entire conference at 9.4 RPG.

Unfortunately, the entire team sits last in average rebounding margin and steals per game, which could be attributed to players needing to embrace increased minutes. Mole and senior point guard Danae Miller, for example, played all 40 minutes in last Friday’s game against Long Beach State.

The Hawai’i Rainbow Wahine make the short trip to Isla Vista after splitting their weekend series with Cal Poly. Their head coach — Laura Beeman — is a Southern California native with an intriguing resume that includes previous stints in the Women’s National Basketball Association, the Pac-12 Conference and the South Coast Community College Conference. The 2014-2015 Big West Coach of the Year has garnered over 130 wins in 9 seasons so far at Hawai’i.

Redshirt senior wing-forward Amy Atwell, has arguably been one of the conference’s deadliest shooters. After leading the Big West with a 45.3% 3-point field goal last season, she rose to 6th all-time in the conference record book before the start of this season. Although she has cooled down to 33.3% thus far in 2020-2021, she always remains a threat. Look for Atwell to work in tandem with senior guard Jadynn Alexander. After being named to the Big West All-Defensive Team a year ago, she has flashed on offense and nearly doubled her scoring average. With each of them attempting a season-high 12 3-pointers on either Friday or Saturday last week, the Gaucho defense will need to be stout on the perimeter.

The Wahine employ effective defensive schemes. They allow 62.4 points a game on average in conference play and are second in defensive rebounding (25.7 DRPG). Beeman may choose to employ variations of a box-one zone to foil the Gaucho’s impressive 3-point success, as Mole, Jones, Miller, freshman guards Alyssa Marin and Anya Choice are all top-20 in conference 3PT%.

This matchup should stir excitement, as the team’s play-styles are quite similar. If both coaches look to cut off attempts from deep, we could see more drives to the bucket, and thus, crucial free-throw attempts. 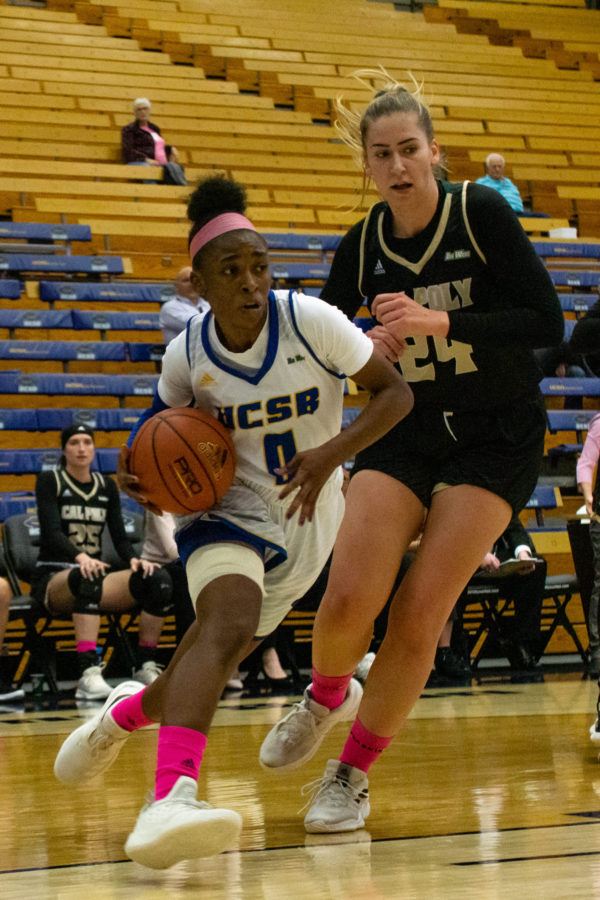 This series could also precede another potential matchup in the upcoming Big West Tournament in Las Vegas, where every conference team will be allowed to attend due to COVID-19 cancellations. Likely out of contention for a top seed, the Gauchos and Wahine may battle in an early round matchup in an attempt to gain momentum for a deep run.

Friday and Saturday’s games tip off at 5 p.m. at the Thunderdome.