On Tuesday, Feb. 2, the Carsey-Wolf Center hosted “1920/2020,” a roundtable series on the historical changes brought about by the 1918 influenza outbreak to cinematic and public spaces as well as their implications for the present day’s COVID-19 pandemic. 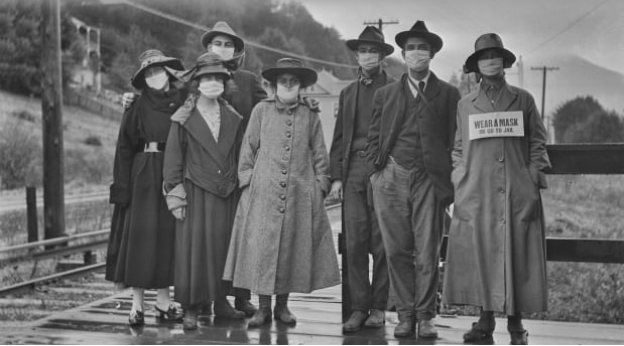 Moderator Patrice Petro invited academics and experts Stephen Groening, Maggie Hennefeld, Brian Jacobson and Jocelyn Szczepaniak-Gillece to share their insights on how the anxious and uncertain times of both 1920 and 2020 can be connected to the film industry. Throughout this roundtable, associations were made between the film industry and societal issues such as race, climate change and workers rights.

Petro opened the panel with a discussion about the articles that the panelists were asked to bring with them that they felt entailed their sentiments about “1920/2020.” Szczepaniak-Gillece, an associate professor of English and film studies at the University of Wisconsin, Milwaukee, reviewed an article about the film industry’s contentious treatment of its workers, both in the 1930s and today, as well as how the ramifications of both pandemics cast light on this pervading issue.

Hennefeld, an associate professor of cultural studies and comparative literature at the University of Minnesota, Twin Cities, explained to viewers that the closing of movie theaters across the country is not an unprecedented occurrence. Theaters were periodically shut down during the early 20th century for contagions such as polio, influenza or measles.

In further exploration, Jacobson shared his shock in learning about similar conversations that essential workers in the film industry were having during previous public health epidemics. The professor of visual culture at Caltech talked about an article that dubbed the Health Department as the “Hellth” Department in protest to their decision that people would not be allowed to work in 1918 and analogized the response to the current American leadership’s inability to sufficiently pay healthcare workers during today’s pandemic.

Szczepaniak-Gillece mentioned that the nation’s response to the ongoing COVID-19 outbreak is not caused by the recent rise in Trumpism but has been deeply embedded into American society in response to capitalism.

She also explored the role of movie theaters in society, saying that cinematic spaces have been associated with danger and anxiety. She specifically noted mobsters who would hide shoddy bombs inside theaters in the 1930s as well as the recent association of these spaces with mass shootings.

On the other hand, theaters can also serve as communal spaces, as Hennefeld added. She cited the Northwest Film Forum as an example when the space was utilized as a place of refuge for Black Lives Matter protesters who were escaping police gassing.

During the Q&A, an audience member asked the panelists to expand on “racialized patterns of risk and exposure and vulnerability” that were present in the film industry during the 1920s while highlighting the racial disparities still present in American society. Szczepaniak-Gillece revealed that, during those times, movie theaters were segregated, and on the very rare chance that they were “integrated,” Black people were assigned to the worst seats on the balcony with barely any line of vision.

Groening also went in depth on the aviation industry in the United States during the 19th century and how corporations decided to market their very dangerous industry as safe by hiring white women as flight attendants to juxtapose the railway system that was serviced primarily by Black men at the time.

The panelists were then asked about their thoughts on the traditionally public theater-going experience becoming individualized during the pandemic and the subsequent effects on film releases in the future. Hennefeld answered by saying that disruptions are more likely to occur, joking that her cat would block her television screen. She then asserted that she was confident that the public’s desire to go to movie theaters will not diminish after the pandemic.

To close out the roundtable, Jacobson formed a connection between actors or Hollywood executives in the 1920s who would frequently complain about issues such as air quality on set and today’s celebrities who are performing and attending public engagements without masks.

“The highest point of wealth and privilege in the film industry is spiraling out towards the people who are less and less privileged,” said Jacobson.