Like many artists who had big plans for the year, Santa Barbara rock band Trout Club has felt their share of upheaval brought on by the COVID-19 pandemic. With a recently released music video and a new album in the works, however, not even the defining health crisis of our time has stopped these artists from dedicating themselves to their music. 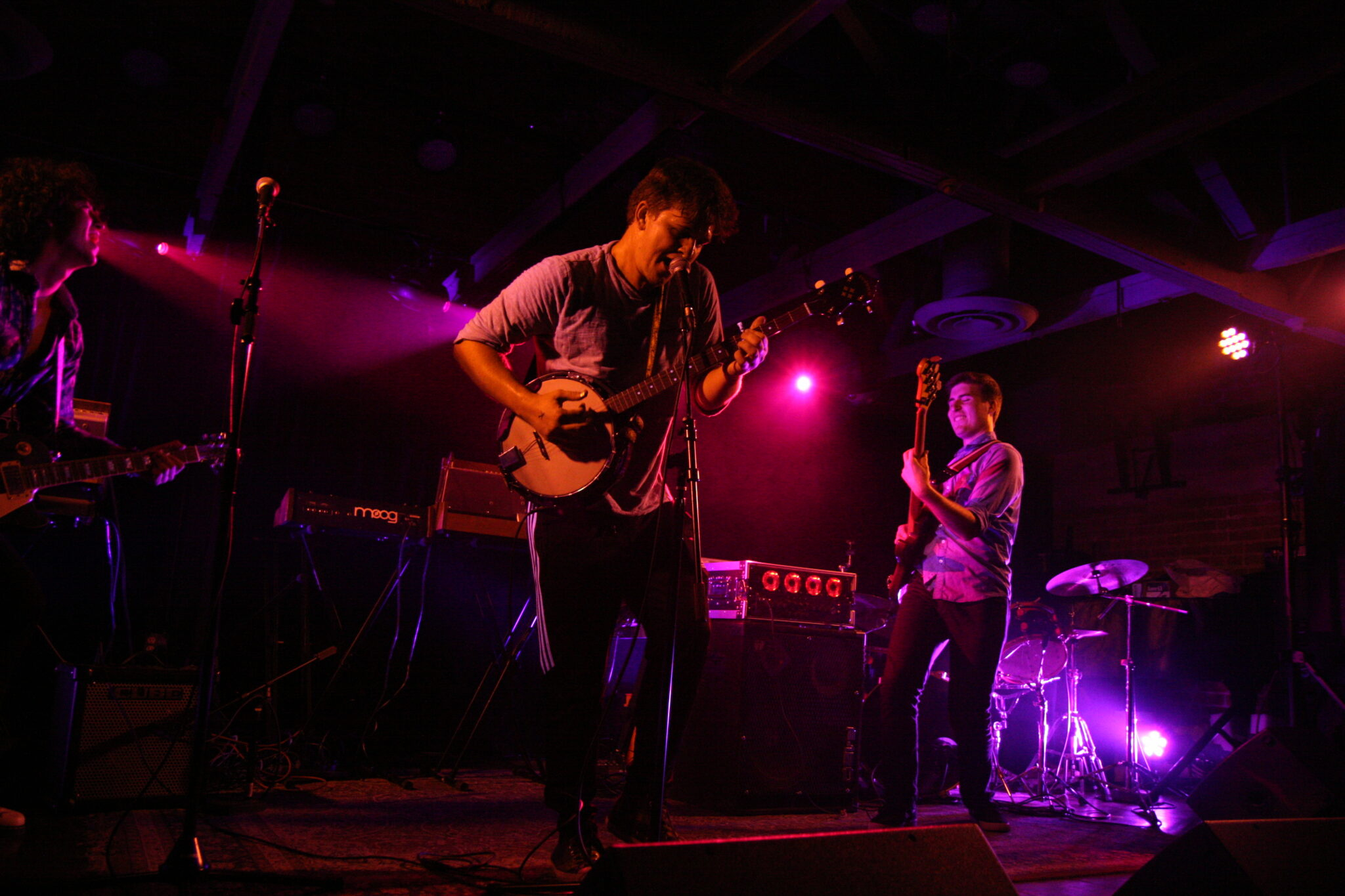 While the idea to start a band took shape in elementary school, Trout Club didn’t come to fruition for several more years.

“Malcom [Bobro] and Cedric [Bobro]’s dad put us all in a band together. They were playing instruments at the time and Quique [Hernandez-Black] liked to sing, so we all started playing as a result of him being like, ‘Do you guys wanna come up and jam?’” Kai Zheng, a fourth-year communication major who plays guitar and piano, explained. They would then drive up to Trout Club on San Marcos Pass where the Bobros lived. This area was the inspiration behind the name of their newly formed band: Trout Club.

The band began by covering rock songs, such as “House of the Rising Sun” and practiced “maybe twice or three times a month” in the early stages. Some notable musical influences on their early work included iconic rock bands such as The Beatles, The Rolling Stones and Led Zeppelin. All four members concur that their venture into music “was never really serious until recently.” 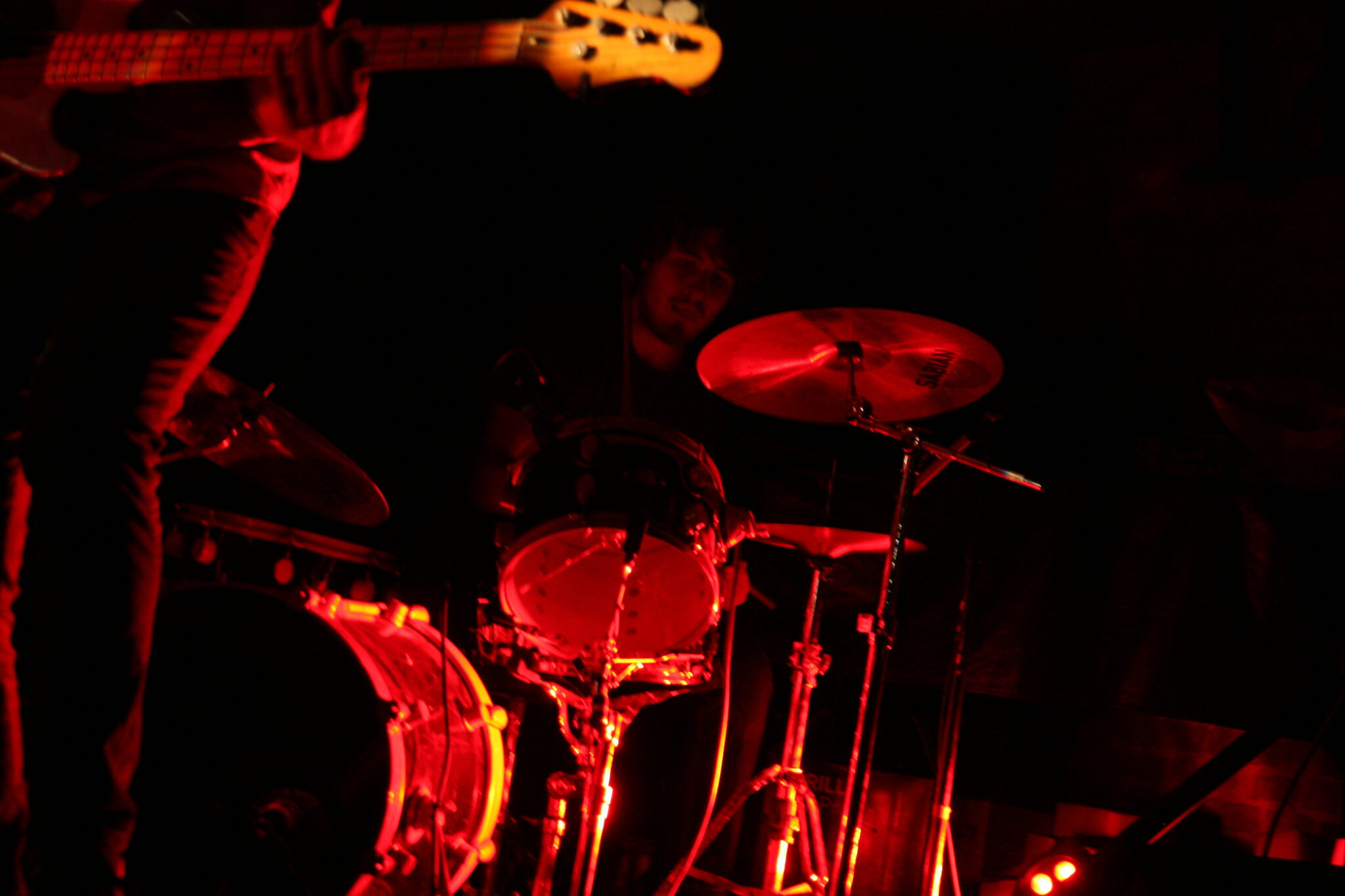 The band released their first EP, “Welcome to Trout Club,” in 2019 and followed up with two singles, “Dreamboy” and “Fog,” in March and May of last year, respectively. Before the pandemic brought everything to a grinding halt, the band had plans to record and release more music and were even lined up to play at “SB Jam Sandwich” at SOhO in downtown Santa Barbara, which Zheng described as “a huge gig of all of the young Santa Barbara rock bands.”

A couple of months into the pandemic, however, Trout Club seized an opportunity to continue one of their music projects. They had been thinking of creating a music video for over a year, and a cousin of the Bobros approached the band with a visual concept for their track called “Only A Boy.”

“He has a group of friends and colleagues that he works with at a video production company,” recalled Malcolm, who graduated from UCSB in 2019 with a degree in philosophy and plays bass. With the start of lockdown, this project between the Trout Club and the production company, called Peyote Pictures, didn’t seem possible for the foreseeable future. Once the company had filmed and created two music videos for two other artists with safety precautions, however, the band was determined to begin production for their own video.

Cedric, the drummer of the band, added that the song “Only a Boy” was chosen for the music video because the company came up with an intriguing concept and also because the song is the shortest on their EP. He noted that “every added ten seconds of the song [would] add hours of work in production because there are so many takes [they] have to do.” Other ideas that accommodated filming during the pandemic were implemented as well. Malcolm described the precautions the band undertook, revealing that there were “only four crew members” and that “[they] thought it would be a great idea to [shoot the video] outside to be extra safe.”

One of the sets was fittingly filmed at Trout Club in Santa Barbara, and lead singer and banjo player Hernandez-Black, who graduated as a philosophy major in 2019, elaborated on shooting at outdoor locations there during the pandemic. “We had to lug our amps, instruments and the recording stuff through a trail while also keeping a distance from each other and we wore a mask the whole walk up.”

Despite the necessary precautions, the music video was “a really good experience” for the band and the production company did “a killer job.” Hernandez-Black said that he hopes the band will be able to “do another [music video] down the line whenever it’s safe.”

Currently, the group is working on their upcoming album, which is “still in the early preparation phase.” The band’s collaborative musical process contributes to their unique garage rock sound. “We do our best to keep the songs dynamic,” Malcolm said, adding that they try to switch up the sound and composition of the track if they seem to be too “cookie cutter.” He also elaborated on their creative process, saying that “a lot of the songwriting process is spent playing live with each other and just feeling it out, making tweaks, playing it again.” Hernandez-Black also added that they’ll actively discuss the musical arrangement of the songs so that “everyone puts their own parts and influences.”

“Welcome to Trout Club” was recorded all together “in a really small room,” which is no longer feasible because of COVID-19. Now, in order to record their upcoming album, the band’s plan is for every member to record their own part at their own house and build upon a single backtrack. “Quique does a scratch vocal track, and then I do a drum track so that everyone else can play to that and have a consistent rhythm. Everyone just piles on tracks by just emailing audio files back and forth,” Cedric explained.

While remote recording is a stark contrast to their normal creative process, the group pointed out that there are some positive aspects. As their songwriting process mainly involved practicing and playing together, Hernandez-Black revealed that “after jamming sometimes, [they] get exhausted and just want to go home.” This new process will allow the band to put songs together into a finished product, as the band would usually start practicing a track that was barely complete. Nevertheless, “it does blow not being able to play together because that’s the main way we know how to collaborate,” admitted Hernandez-Black.

There is a lot of uncertainty around when “normal” will return and events can take place. The band revealed that their upcoming album’s release date is still in the works but “as soon as the lockdown is lifted and it’s safe to play live shows,” they plan to do as many as they can. For the time being, the members of Trout Club are “really grateful for the band” and each other’s friendship during a difficult and isolating time.

You can listen to Trout Club on Spotify, Apple Music, Bandcamp and SoundCloud.

Marisol Cruz
Marisol Cruz is the assistant Artsweek editor for the 2021-2022 school year. She can always be found listening to music.

The trout will be jumping later this week at the Old Town Coffee house. Catch them while you can.