In the midst of the coronavirus pandemic, concerns regarding UC Santa Barbara students’ partying in Isla Vista have moved online, with two social media accounts — Gauchos 4 Transparency and UCSB Party — pushing for accountability, safety and awareness within the UCSB community as COVID-19 cases continue to rise both in Isla Vista and across the county. 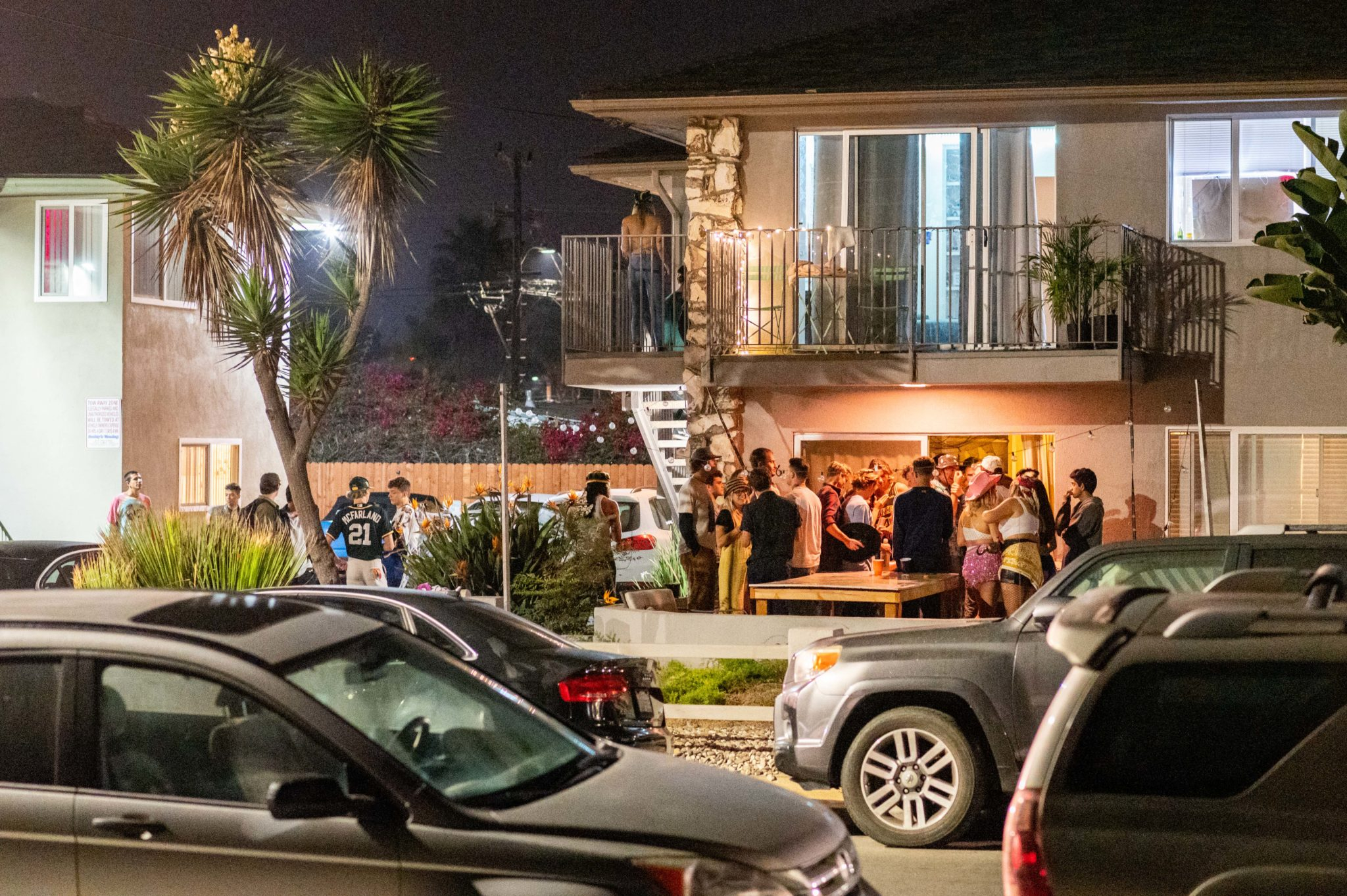 Both platforms have ongoing projects to continue bringing awareness to the dangers of large gatherings. Max Abrams / Daily Nexus

The founder of Gauchos 4 Transparency, third-year communication and economics double major Izzy Mitchell, began the account in May 2020 in light of sexual assault allegations made against current Associated Students (A.S.) Executive President Daevionne Beasley, who has since resigned.

“It was just a mere social media account to call for accountability on the lack of action regarding the allegations towards our A.S. president that was made public after [the] election,” Mitchell said. “It then just grew exponentially and pointed out that this incident was just a microcosm of all of these major issues going on at UCSB.”

The organization, initially run by just Mitchell, has grown to over 70 members. Now, the organization is focused on varying projects, such as calling for greater accountability measures within A.S.

“We are a new organization that can determine the culture at UCSB for the next few years, so by the end of this year, we hope to establish ourselves as a community of student activists who are looking to spark a culture change in our generation,” Mitchell said.

The Instagram account UCSB Party was founded in September to call out large gatherings in I.V. and monitor the response from landlords and the university, according to the owners of the account, who wish to remain anonymous, citing privacy concerns. The account often posts footage of I.V. parties in an effort to keep students informed as well as pressure administration and community officials to take action, the owners said.

“We are just trying to make sure that people are continuing to talk about what is really happening in Isla Vista,” one of the UCSB Party owners said.

In October, the Santa Barbara County Board of Supervisors passed an urgency ordinance that established fines up to $500 for public health order violations, including the hosting of or participating in large gatherings. UCSB Party advocated for this ordinance in the fall, but one of the owners said it hoped it could have been passed earlier in the summer, when students were gathering in large numbers.

“I feel like this should have been passed in summer when all the cases began to spike, as the cases in the summer should have been a good enough sign that the health order itself was not keeping anyone from partying,” one of the UCSB Party owners said. “Overall though, it’s a huge win, and I hope to really see change with it.”

Both platforms have ongoing projects to continue bringing awareness to the dangers of large gatherings. UCSB Party has a website linked to its Instagram that provides research on continued party behavior in I.V., addressing arguments regarding young adults’ exposure to the virus and providing explanations as to why party culture at UCSB is still prominent. In addition to this information, the platform has a forum that provides law enforcement contact information and an incident report form to log large gatherings.

“When we started this project, we got really invested in it and did a lot of research into the behavioral aspects of why people at UCSB are still partying,” one of the UCSB Party owners said.

According to UCSB Party’s website, such behavioral aspects include the Fear of Missing Out (F.O.M.O) mentality, UCSB’s party culture, an increase in egocentrism, a lack of risk management and students devaluing the severity of COVID-19.

Mitchell explained that harm reduction in education is one of the three projects on which Gauchos 4 Transparency is working. This includes providing students an accountability procedure to prevent large gatherings as well as educating the community on how to better practice social distancing.

“How to communicate with and confront your housemates on partying behavior, how to socialize but still be safe about it — these are some of the questions we address,” Mitchell said.

Gauchos 4 Transparency and UCSB Party both emphasized that their posts are not meant to bring shame. Rather, the platform owners hope that their advocacy will help UCSB students in I.V. feel safe and informed amid the pandemic.

“I do want to be clear that we are not shaming anyone,” Mitchell said. “It is important that we all know what is going on, and we really just want to be a point of contact for students to develop change.”

“Transparency is by the students and always for the students,” she continued. “We want to transform the culture at UCSB to have a way for students to know exactly what is going on.”

Kudos. Our pathetic County and “Community Servicing District” collect taxes and do nothing. Anyone actually living in IV recognizes the need.