Joined by them were Dr. Van Do-Reynoso, the Santa Barbara County Public Health director, and Barry L. Zimmerman, the Ventura Healthcare Agency chief deputy director, who spoke on the vaccines themselves and phases of distribution across both Santa Barbara and Ventura counties. 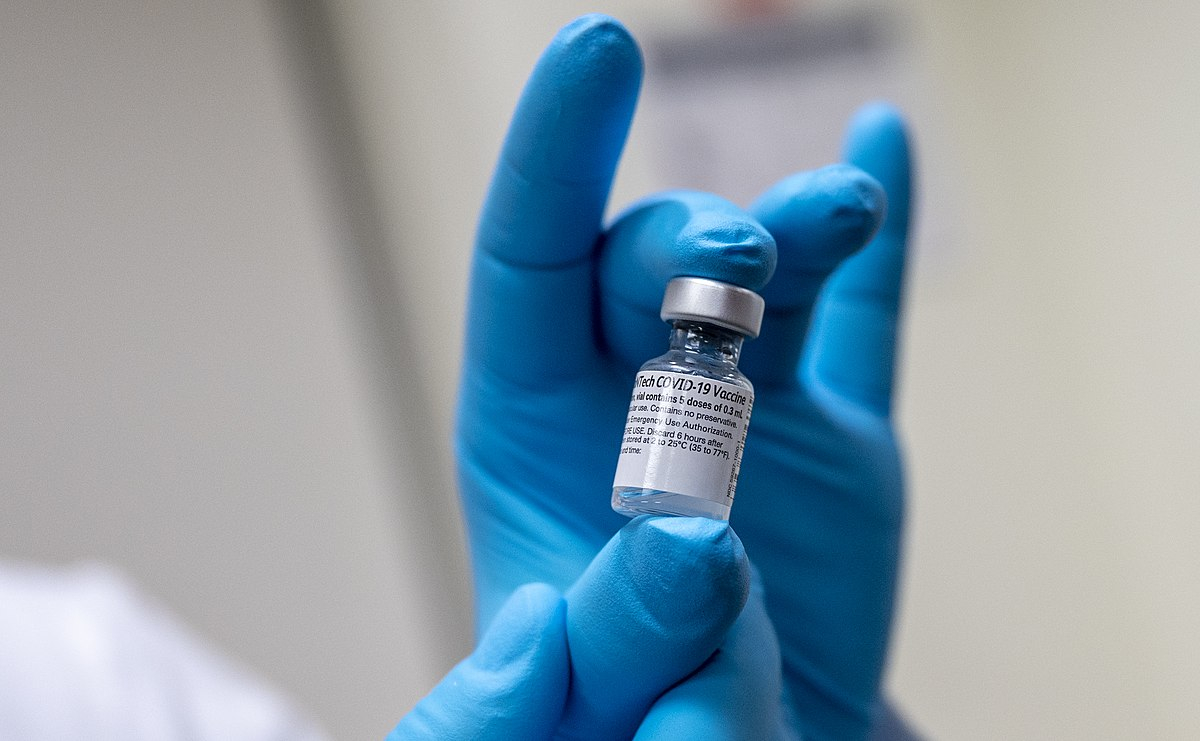 A vial containing the Pfizer-BioNTech COVID-19 vaccine, one of two vaccines being offered in Santa Barbara County, alongside Moderna’s. Courtesy of the Department of Defense

The statewide vaccine distribution program, which began in late-December, has administered 3.2 million vaccine doses so far.

According to Do-Reynoso, Santa Barbara county is currently facing a shortfall of vaccine doses from the federal government, especially relative to the distribution infrastructure in the county.

As of Thursday, Santa Barbara had so far only received 44,825 vaccine doses since the start of vaccine distribution, according to Do-Reynoso. Of those vaccines, about 33,000 had already been administered. Next week the county is expecting to receive only 6,550 doses.

“So, we continue to receive very, very limited amounts of vaccine,” Do-Reynoso said.

80% of the vaccine doses have been allocated to hospitals, community clinics, medical providers and pharmacies, while the remaining 20% have been sent to community vaccination sites in Santa Maria, Lompoc and Santa Barbara.

“And now it’s rippling down to our local communities of these challenges of having availability of vaccines.”

Because of the short supply, the county has prioritized vaccine doses for those that are particularly high-risk, even relative to standards in other California counties. Currently, both Santa Barbara and Ventura county are offering vaccines to those 75 years old and above, as well as healthcare workers with direct patient contact.

“We understand that [among] other counties throughout California, some are using the 65-plus criteria,” Do-Reynoso said.

“It is frustrating to see other counties offering that, but because of our limited number of vaccines, and because of the data we have regarding who’s vulnerable in our community to becoming very sick and suffering severe outcomes … we … [made] the decision to focus on the most vulnerable segments of our community.”

But there have been new developments. The manner of vaccine distribution — and the delegation of responsibilities to public health departments — is undergoing significant changes. By mid-February, a new standardized vaccine distribution standard will be implemented statewide, with vaccines distributed by Blue Shield, a health plan provider which will function as a third party distributor, according to Do-Reynoso.

According to Do-Reynoso, Blue Shield will be tasked with cooperating with “pharmacies, large health clinics, hospitals and community health centers to cover the main population.” Meanwhile, county-level public health departments will shift focus, reaching out to vulnerable populations, such as houseless people, the mentally ill, those with substance abuse disorder, undocumented peoples and other “hard to reach populations.”

“So we will continue to function as the safety net provider, while the vaccines will be distributed and allocated by Blue Shield,” Do-Reynoso said.

Such an approach runs in stark contrast to California’s existing county-based approach, which has dragged California to near the bottom-tier of states in per-capita coronavirus vaccination rates.

Already being piloted in San Diego and Los Angeles, MyTurn will allow members of the community to self-screen to determine their eligibility for vaccination and locate vaccination sites. Providers will also be able to use the platform to record vaccinations, enroll community members at clinics and collect data more seamlessly, according to Do-Reynoso.

A few voiced confusion regarding the 75-and-over age threshold needed for most community members to obtain vaccines in the county, which Do-Reynoso and Zimmerman acknowledged as undesirable but unavoidable.

“Essentially, we will vaccinate the 65 and above when the state sends us more vaccines. We are ready, our infrastructure is ready,” Do-Reynoso said.

Zimmerman added that in areas offering vaccines to those 65 and over, such as Los Angeles County, the likelihood is that those counties are actually still unable to service the entire 65 and over population, causing those at the highest risk to have limited access in the scramble to get vaccinated.

“So we felt that was not a good thing to do at this moment. We need to be sure that we’re going to be able to adequately service the population,” Zimmerman said.

In addition, Zimmerman and Do-Reynoso mentioned that, looking forward, the two counties have begun planning for outreach to ensure that vulnerable populations such as farmworkers are able to access the vaccine once they become eligible.

According to Limón, eastern Santa Barbara county has one of the highest levels of infection in California. It also has a large population of vulnerable communities, including Latino populations, farmworkers and those in congregate living settings.

In Ventura County, the agriculture industry has signaled a desire to carry out vaccination programs in coordination with the county, according to Zimmerman.

“They’ve offered locations for mass vaccination centers and those types of things on their own site, which we will take advantage of,” Zimmerman said.

Carbajal and Do-Reynoso are also hopeful that the Biden administration will help to accelerate vaccine distribution.

“Hope springs eternal. I am very hopeful that with the new federal leadership that there will be a pipeline of increased vaccines to California, and then to Santa Barbara County,” Do-Reynoso said.

“But that’s also the same timeframe that the state will shift to the new framework as well … So with increased vaccines, and the standardization of the tier system … I anticipate lots of changes within, I’d say, a three to four week timeframe.”