Governor Gavin Newsom lifted the stay-at-home order for all of California on Jan. 25, citing a flattening COVID-19 curve — which is true for most of Santa Barbara County. 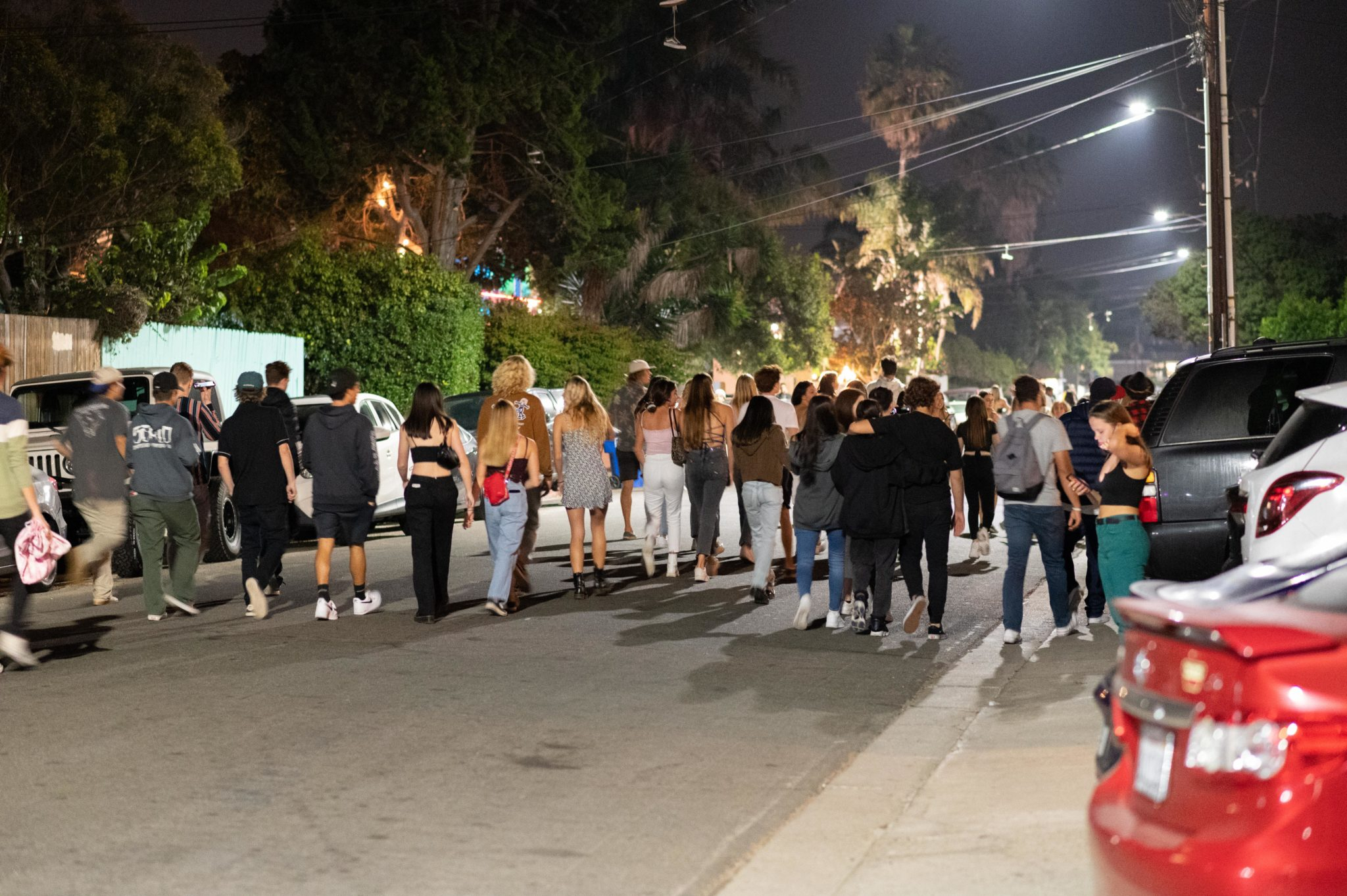 Board members honed in on partying in I.V. during their meeting and spoke to local law enforcement about its response to parties and large gatherings in the community. Max Abrams / Daily Nexus

Overall, the county’s total active cases have been on the decline since two weeks prior to the Jan. 26 Board of Supervisors meeting, Van Do-Reynoso, director of Santa Barbara County Public Health Department (SBCPHD), said at the meeting, with the exception of the City of Santa Barbara and Isla Vista, which have remained stagnant and increased, respectively.

As of Feb. 2, over 1,000 COVID-19 cases have been confirmed in I.V. since the beginning of the pandemic, 83 of which are currently active, according to SBCPHD. This milestone follows the continued ascent of COVID-19 cases in I.V. while the rest of the county’s cases are on the decline — a trend that has now held true for two weeks, according to Do-Reynoso.

“A large factor in this is, unfortunately, a small group of residents that continue to host these large gatherings,” Spencer Brandt, president of the Isla Vista Community Services District (I.V. CSD), said at the Jan. 26 I.V. CSD meeting. “I went down to the beach and out to the streets of Isla Vista during a past Saturday and was really concerned with what I saw.”

Board members honed in on partying in I.V. during their meeting and spoke to local law enforcement about its response to parties and large gatherings in the community.

David Millard, a lieutenant with the UC Santa Barbara Police Department (UCPD), said at the I.V. CSD meeting that UCPD’s efforts to curb unsafe behavior consist of passing out masks and increasing education on COVID-19 and public health orders.

Camarena clarified that unless IVFP is notified by a phone call from a community member that a party is occurring or officers witness a large gathering first hand, it can’t enforce local health orders if it is unaware of a violation. According to Camarena, IVFP considers a large gathering a group of at least 20 people.

“If parties happen inside a house, you don’t really have the authority just to go in, and barge in people’s homes and see who lives there and who doesn’t live there and see if they’re doing social distancing,” Camarena said. “The way we take action is if we get a phone call of a complaint of a loud party or large gathering, that gives us the authority to go investigate, to see if there’s any violation of the health order.”

In addition to gatherings that may have been cited in violation of the noise ordinance, IVFP has cited 10 parties for violating health orders or being a public nuisance, since December 2020, 7 of which were reported to the District Attorney’s office, according to IVFP citation data provided by IVFP Community Resource Deputy Schroeder.

“I really want to respect everyone’s rights, of course, and privacy. This has been a really tough issue for us because pre-COVID, we didn’t want to go and shut down people’s parties because it could be a violation of their civil right, and same with post-COVID,” Schroeder said. “I know we’re in a pandemic, but we’re also not out there able to violate people’s rights. We’re doing our best, we really are trying, but it’s a really tough thing on the ground.”

Alexa Kerr, a fourth-year environmental studies major and public commenter at the I.V. CSD meeting, said that UCSB fraternity Zeta Beta Tau hosted a party. Schroeder responded that the university privately handles certain cases and does not report the consequences of the violation to law enforcement.

Kirsten Deshler, the board’s UCSB representative and the newest addition to the I.V. CSD, said that the Family Educational Rights and Privacy Act (FERPA) — an act meant to protect students’ privacy — keeps the school from providing exact details on specific cases and consequences for violating public health ordinances. However, she confirmed that cases are going through the student conduct process as a result of violating public health orders.

To better understand the consequences facing students and residents who participate in large gatherings, the board voted to hear a report from Santa Barbara City College, UCSB, county officials and local law enforcement on COVID-19 safety accountability. I.V. CSD hopes this report will be delivered at their Feb. 9 meeting.

Update [2/2/2021, 5:35 p.m.]: This article has been updated to include new information about the total and current number of COVID-19 cases confirmed in Isla Vista.

Santa Barbara County has a really good webpage… the “Santa Barbara County Community Data Dashboard”. If you (or the Nexus) goes to that page, and then to the “Geography” tab, and then to the “Case Rate” lower tab, they show the plot of case rate for all the County subregions over time for the last year. Usually IV is lowest, but rose up in October, and is now rising w/r to other subregions. Would be great for the Nexus to just post that fresh plot on their landing page. The causes for IV are really hard to discern. I find… Read more »

IV’s rise in cases may be explained by the availability of periodic local testing (a recent development). Social distancing and mask wearing is not happening here. This is a community stumbling toward herd immunity while going home for the weekends and working jobs elsewhere in the County.

Gosh, I see mask wearing in every indoor business in IV. The County Health Order No. 2021-10, issued 1/21/2021 section 4(d) permits no face mask outdoors if separated from a non-household member by 6 feet, and anytime next to a household member. The per-capita case rates in IV were lowest among subregions in the County in November & December, but are still way below the North County, the City of Santa Maria, and the City of Santa Barbara. Naturally IV could mess up in the future, but at the present, the phrase “stumbling toward herd immunity” applies more to subregions… Read more »

These kids are the worst. They deserve to get the virus and spread it to loved ones for their stupidity and selfishness