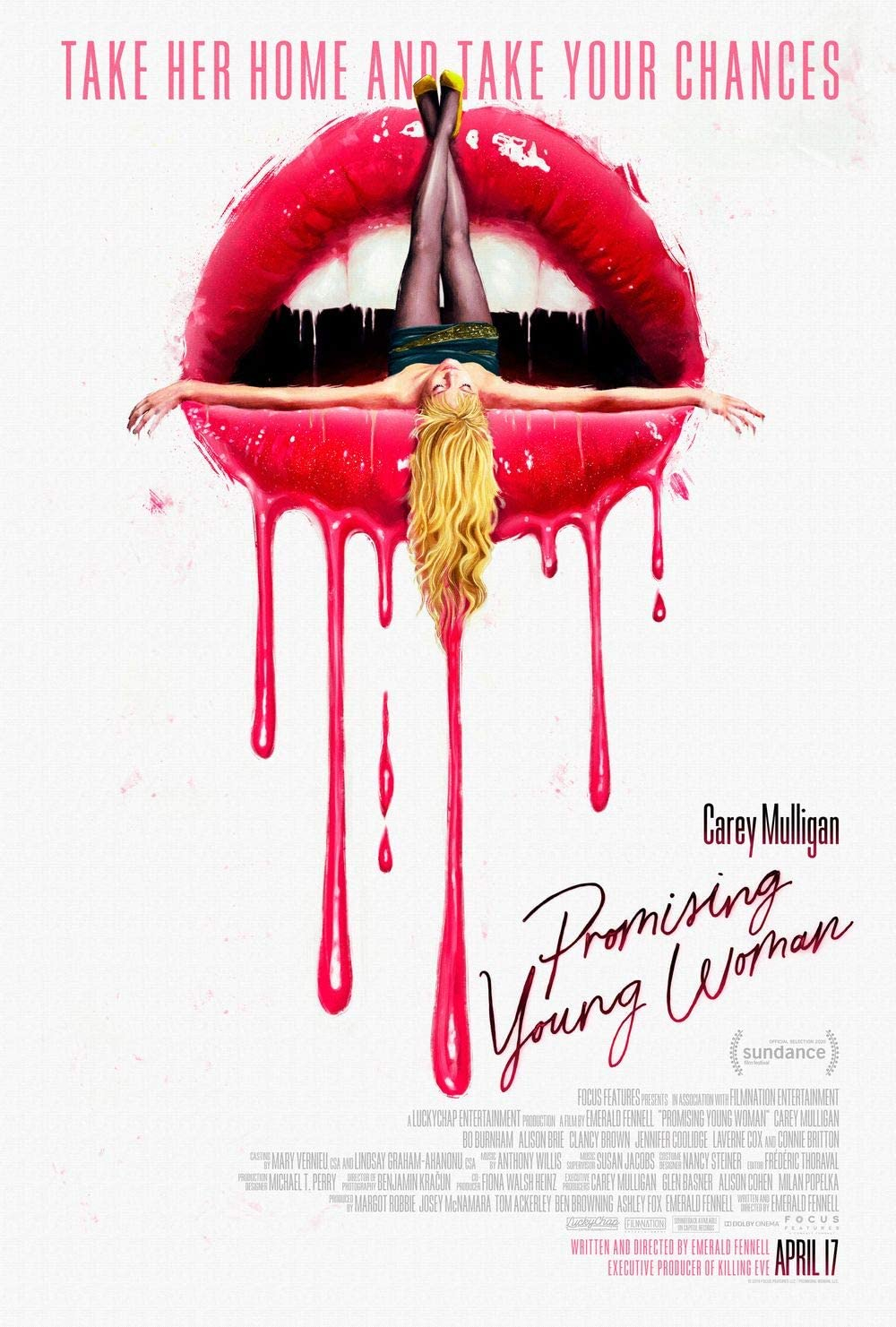 In “Promising Young Woman,” her debut project as a writer-director, Emerald Fennell cements herself as a rising visionary in the genre film world, while star Carey Mulligan delivers the best performance of her career thus far. By dismantling stereotypes and carefully examining modern rape culture, Fennell and Mulligan work together to create a truly impactful piece of social commentary, all wrapped up in a thrilling yet structurally familiar bow.

Mulligan plays Cassie Thomas, a troubled young woman who leads a double life as a med-student-turned-barista by day and an agent of revenge by night. Her traumatic past, though never far from the surface, reasserts itself after a fateful encounter with an old classmate, and her mission to right the wrongs inflicted upon the people she loves becomes more immediate than ever before.

The film’s visual scenes shine with all the stylized glamor expected of a directorial debut as Fennell juxtaposes the truly disturbing details of her heroine’s journey with candy-coated, hyper-feminine costumes and set designs. Similar to the way that Mulligan’s character adapts to best suit (and manipulate) those around her, the scenery perfectly melds with the context of each scene. We sense Thomas’s ease in her perfectly organized retro coffee shop workplace as well as the genuine sense of danger in another character’s disorganized apartment, filled with dead plants and rumpled blankets.

Fennell’s direction as well as the score, equal parts horror-symphonies and bubblegum-pop classics, alternately ease discomfort and build tension. One sound cue can transform a comfortable, perfectly centered shot to a glimpse of a character put on a spot, with no one in sight to help them out. The soundtrack builds on the ever-growing trend of making action movies into their own jukebox musicals (see “Guardians of the Galaxy,” “Baby Driver” and “Atomic Blonde”), but the film does not fall back on its soundtrack to make up for emotional inadequacies of the plot (which may or may not be the case with the other films mentioned). Rather, the film’s music prompts viewers to hear these familiar songs in a new, disturbing light, raising new questions and reiterating the emotional depth of the story itself.

Fennell tackles daunting questions of accountability, guilt, revenge and triumph. Though her social commentary may feel heavy-handed at times, she never loses sight of the real world that her characters reflect. Every woman has felt the fear of the moment when compliments turn into threats, the endless remarks of people saying that they were “asking for it” or simply “making accusations.” This universality makes the moments when Fennell flips expectations on their head hit even harder. This can be read as a story of victimhood — of a woman allowing herself to become exactly what an uncaring society thinks she is — or of a person reclaiming autonomy after having had so much of her life taken from her.

Social and moral commentary aside, this movie put simply is wildly entertaining. It’s a classic thriller through and through. Fennell always asks more questions than she answers, expertly raising the stakes and building tensions until the film reaches its jaw-dropping conclusion. Surpassing the expectations for a newcomer working behind the big screen, Fennell sets up pillar after pillar of her careful story, only to knock them down with equal precision. Though there are issues with pacing, particularly in the romance-heavy second act, the movie manages to stick the landing with such resounding perfection that any problems adequately dissipate by the time the credits roll. Over the course of its runtime, the film slowly and methodically builds to its predetermined conclusion.

Even more so than the script, Mulligan’s skillful performance grabs the audience’s attention. With the help of riveting supporting performances from Bo Burnham, Alison Brie and Connie Britton (to name only a few members of this all-star cast), Mulligan offers only glimpses of our anti-heroine’s true motives, hiding her deepest feelings behind an emotionless, adaptable sheen of a deeply traumatized individual. With her countless flaws and confounding intricacies, Thomas is a fitting hero to kick off the 2020s. This awards season will surely be a fruitful time for the ever-pleasing Mulligan, who seems to have secured her place as a modern leading woman in this film.

Like so many things to come out of 2020, “Promising Young Woman” is something entirely new — an utterly unique addition to the revenge-thriller genre. Like so many films of the category, especially those dealing with the pertinent issue of sexual assault, it could have resorted to allegories and generalities. But it did not. Director Fennell dared to spin a specific tale, one that vividly tells the story of one woman and the people she loves, to examine what she chooses to do after an insurmountable loss. Its statement is powerful, but its power is immeasurably intensified by the specificity of its passionately told story. As we look back on 2020, “Promising Young Woman” stands as an example of the thrilling work that can come out of even the darkest of times.