The Daily Nexus
Events
“Script to Screen”: In Conversation with “The Big Short” Screenwriter Charles Randolph
January 20, 2021 at 11:05 am by Sunidhi Sridhar

Last Thursday, as part of the Carsey-Wolf Center’s “Script to Screen” series, Director of Pollock Theater Matt Ryan was virtually joined by Oscar-winning screenwriter Charles Randolph for an engaging conversation about his work on “The Big Short” (2015), a true-crime comedy that takes place during the financial crisis of 2008. 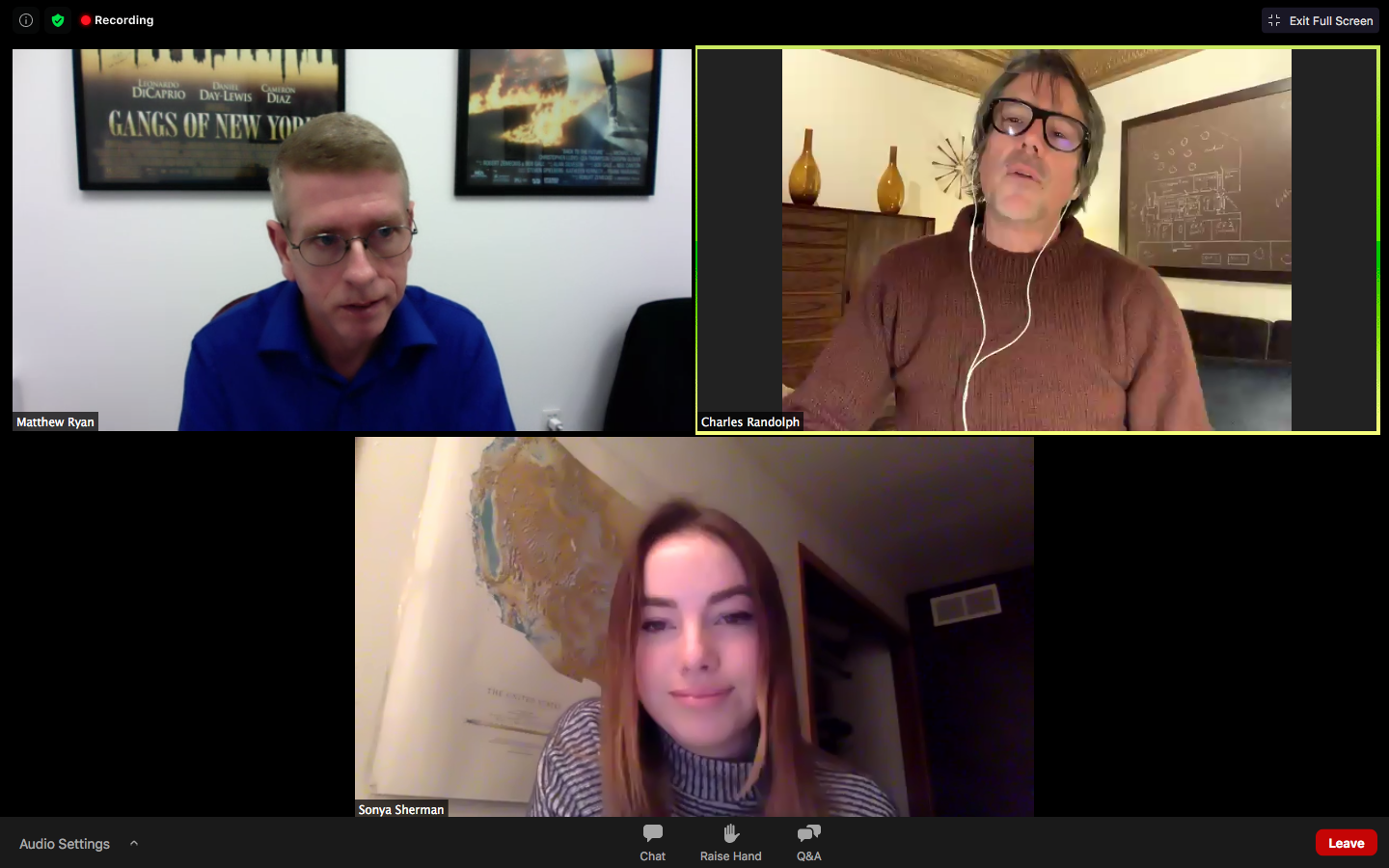 “The Big Short,” based on a real story chronicled in 2010’s “The Big Short: Inside the Doomsday Machine” by Michael Lewis, follows a group of young Wall Street traders who gain enormous profits by betting against the housing market in anticipation of its impending collapse. Randolph, who adapted the screenplay for the film alongside director Adam McKay, started the conversation by commending Lewis’s ability to capture the story in his book, which he said helped to write the script.

“This is a story about a bunch of people who run hedge funds who essentially hate greed, and the hatred of greed empowered them,” explained Randolph. “It’s easy to be skeptical about a lot of it but Michael just let them live in their own worldview and their own desires and let their contradictions emerge naturally.”

While most of the preliminary research for the film came directly from the book, Randolph recalled that the real people behind the characters also occasionally came to the studios to answer any questions and weigh in on certain filming decisions. Steve Carell, who plays hedge fund investor Mark Baum, was particularly excited to see his real-life counterpart, Steve Eisman, on set. “Carrell was delighted, you know, to have a real guy there doing exactly what he was doing on screen. They were all really helpful,” said Randolph.

As the very premise of the film is contingent upon having a basic understanding of the complex terminology relating to stocks and investing and the like, the original draft of the script presented itself with some very obvious issues right away. “When people read the script, there were some fundamental issues with, ‘What the hell’s a mortgage bond?’” revealed Randolph.

To address this problem, McKay and Randolph brainstormed creative ways to break down the jargon, such as cameos from beloved celebrities including Margot Robbie, Anthony Bourdain and Selena Gomez. The screenwriter, who has also worked with Robbie in 2019’s “Bombshell,” praised the flair that she brought to her performance. “The original play was a little bit more sexist — a parody of sexism — and so her developing a little attitude really helps to sell that,” explained Randolph. “I adore Margot, obviously, or I wouldn’t keep working with her all the time.”

Randolph also offered some insight on how to approach an adapted screenplay. Instead of being a “ground-up process,” like with an original screenplay, “what you want to do in a book situation is get a list going of forty to fifty moments that you really love, that really capture the story for you, and just start at that place,” he advised. “As you read, keep a list and edit that list down and think about that as your film and how you can build this film out of those great moments.”

As for why he believes that “The Big Short” did so well both critically and commercially, Randolph attributes part of the reason to the way the story humanizes its characters. “For a lot of us, these hedge fund guys and Goldman Sachs bankers, they’ve become such meritocrats and there’s a time when they weren’t that. There was a time when they were just these guys from New York City, who were basically insurance salesmen, who had this crazy idea of gaming their market.”