The Daily Nexus
Opinion
A Different Kind of Age Gap: The Problem With Adult Actors Playing Teenage Characters
January 14, 2021 at 9:00 am by Mikayla Buhbe 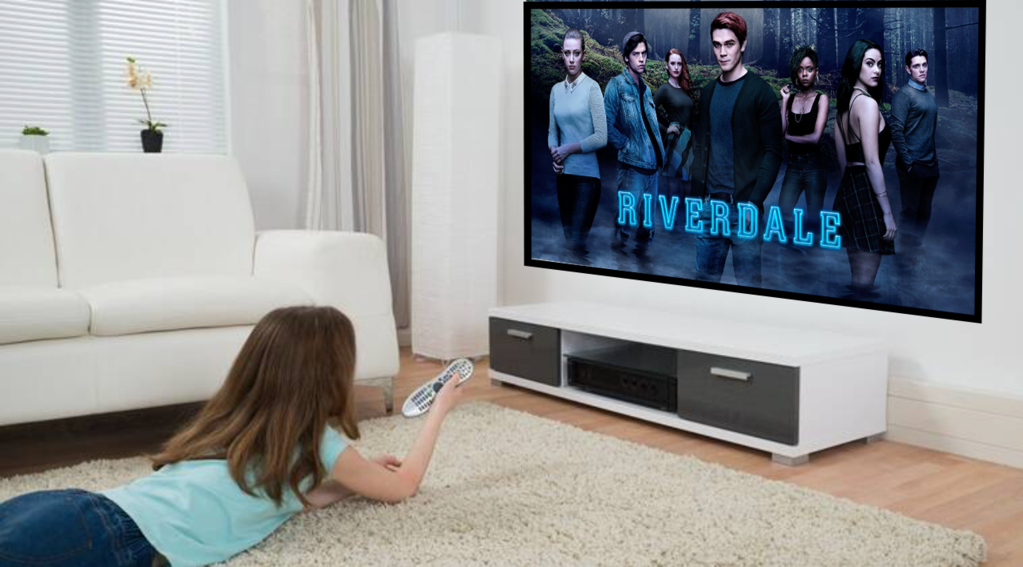 Listen, there’s nobody more upset about this fact than me, but what can I say? Back in April, quarantine was hitting hard, political inaction was becoming more and more unbearable, and I just needed something to zone out to. Watching Archie and his friends take down the Jingle Jangle drug trade and battle a cult led by Chad Michael Murray seemed like the ideal choice.

(And no, I will not elaborate. If you want to understand the full extent of the disaster that is “Riverdale,” you’re gonna have to buckle up and watch it yourself like the rest of us lost souls.)

There are obvious issues with the show on so many levels (I’m not even going to address the serial killer genes or maple syrup torture scene) but there is one particular aspect that warrants genuine critique: every single actor in the main cast is at least four years older than the teenage character they’re supposed to be playing. No amount of Jingle Jangle can hide the fact that only one member of the central crew was younger than twenty when they were cast to play high school sophomores.

This is not a new phenomenon. Most of us have probably seen the Buzzfeed articles pointing out how many of our favorite teen characters are actually played by adults. From “Mean Girls” and  “Clueless” to “Booksmart,” movies have been portraying adults as high school-aged characters for decades. Perhaps more importantly, the age gap between the actors and the characters isn’t always as small as a few years. According to Vice, Joss Whedon’s iconic supernatural show “Buffy the Vampire Slayer” had an average actor-to-character age gap of 8.25 years. “Glee” is guilty of an average difference of 8 years, with shows like “Gilmore Girls” and “The O.C.” coming in at 6.8 and 6.25 respectively.

The problem with this casting trend is pretty straightforward: Teenagers just don’t look like that. I don’t know how much anyone else remembers (or wants to remember) sophomore year of high school, but I can almost guarantee that none of us had consistently flawless skin or constant eight-packs. Presenting teens as having the same physically mature appearance as adults is just not true or accurate to the real experience.

Of course, being true or accurate to the real high school experience isn’t exactly the priority of most shows targeted at young adult audiences. Tragically, most of us didn’t go around staking vampires in our free time like they do in “Buffy.” But even though TV’s version of high school obviously isn’t truthful, the effect it can have on teen viewers is very real. According to clinical psychologist, Dr. Barbara Greenberg, presenting teenage characters as having consistently perfect appearances can lead “to all kinds of body-image and social-comparison issues.” These struggles are already all too common in the experiences of most high schoolers. Television’s participation in aggravating those situations, intentional or not, doesn’t help.

Another unintended consequence of these casting choices is the increased sexualization of teen characters, especially girls. I want to be completely clear: There is absolutely nothing wrong with exploring your sexuality in high school. It’s also perfectly okay to not explore it! No matter what personal choices you make as a high schooler, learning about healthy relationships, boundaries and different kinds of sexuality is all part of being a teen. Depicting that exploration in television isn’t a bad thing, but it means something different when those characters are played by adult actors versus teen actors.

All that being said, it’s important to note that the decision to cast adults as teenage characters isn’t often a malicious move. No networks (to my knowledge) rub their corporate hands together and say, “Oh boy, can’t wait to go out of our way to make high schoolers feel bad about their bodies and interpersonal relationships!” Many of these casting choices are purely practical. According to the aforementioned Vice article, labor laws for minors and work ethic concerns may push directors to go with an older actor simply because they can work longer, more committed hours.

Regardless of character or actor age, casting decisions are complex and there are many factors at play when it comes to making those choices. But when you cast actors well into their 20s to play high school-age characters, you create a portrayal of teenagers that is, at best, inaccurate, and at worst, damaging. The repercussions add up exponentially when those decisions become an ongoing trend. But perhaps most importantly of all, you lose that key authenticity that makes a character feel genuine. Without real, relatable characters, where would we be?

Mikayla Buhbe hopes you will forgive her for her horrible taste in TV shows but encourages you to be at least somewhat critical of the media you consume.