The Daily Nexus
Opinion
Progressive Christianity’s Refreshing Relationship with Abortion
January 9, 2021 at 9:00 am by Kiana Perez-Granados 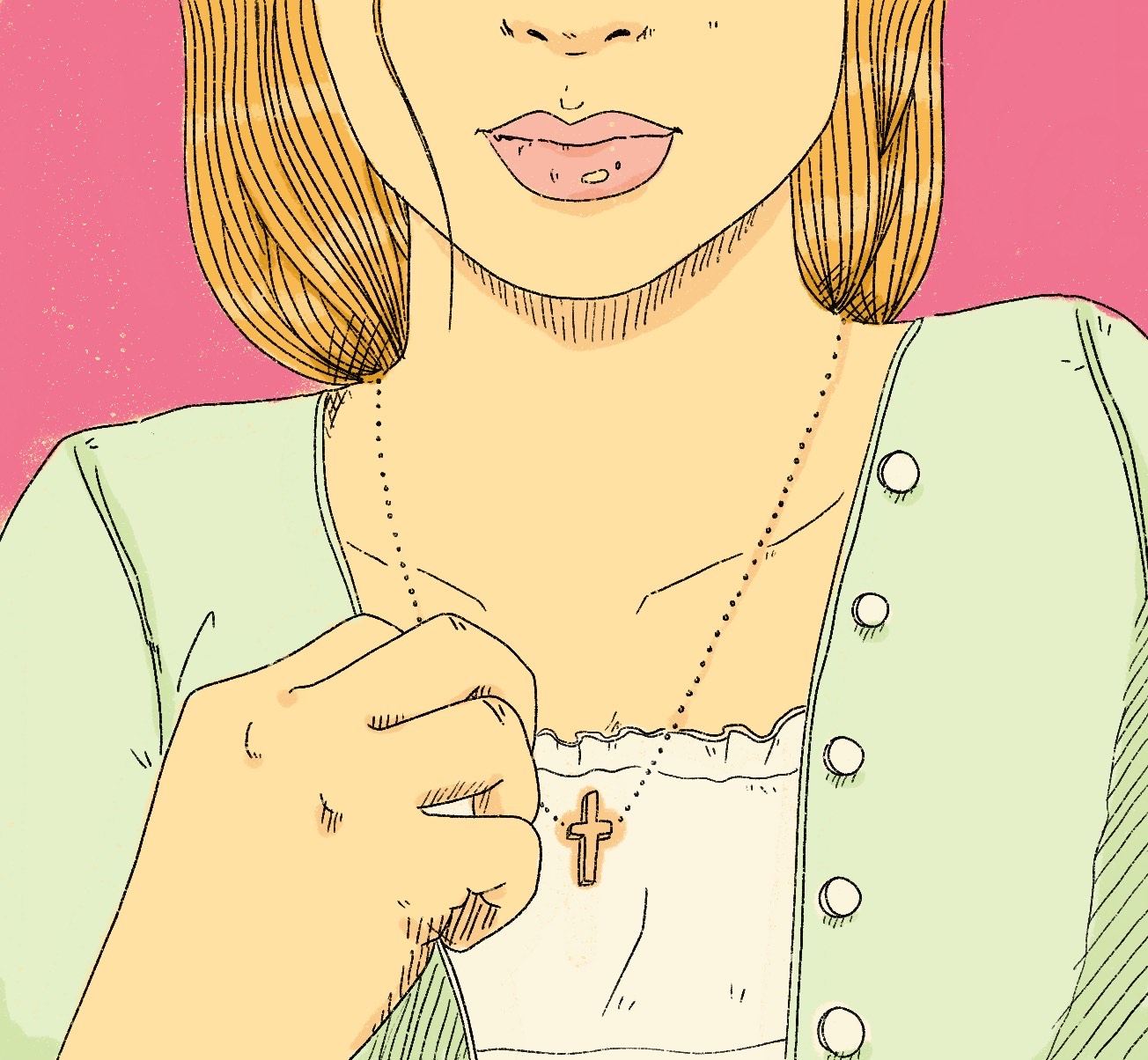 For many years now, abortion has been a highly controversial topic of discussion due to differing opinions on its inherent morality. Society has named the two major clashing groups pro-life and pro-choice. Though it is often raised as a political issue, abortion is a sensitive subject, especially within a religious context and specifically regarding Christianity.

Many people are led to believe that a majority of Christians are pro-life as it aligns with their beliefs. However, others and I belong to a group of Christians who believe in God-given free will — in other words, the ability to choose.

One basic principle of Christianity is that we are all born in God’s image. Therefore, by preventing another life from coming into the world, one is committing a sin. A common defense for this line of thinking comes from the Fifth Commandment which states, “Thou shalt not murder.” Furthermore, Christians will say that aborting a child contradicts the idea of being “a good Samaritan,” and is “child sacrifice.”

The parable of the good Samaritan asks us to be kind to our neighbor; however, to compare a fetus to an injured traveler on the side of the road is a bit of a stretch. This supposed Biblical evidence against abortion calls on one to view an unborn child as a disposed of and beaten man in need of help. A fetus is not a mother’s neighbor, but an unconscious embryo without any sense of life or thought.

It is difficult to establish what makes someone a fully fledged person, because the prerequisites for life can differ philosophically. It can be deduced, however, that what makes someone a true “person” can help one understand the morality of abortion. To elaborate, in the philosophical context, personhood refers to someone “having strong moral rights and legal protections, and higher moral status than living things that cannot credibly be classified as persons.” It should be acknowledged that a fetus is still a human being, and part of the human species, but it might not be considered a person in philosophical contexts. This is a generalized statement for philosophers who have set specific criteria for personhood, such as Mary Anne Warren.

According to Warren, the conditions of personhood follow the ability to communicate, feel pain, evoke emotion, solve problems, be self aware and have moral agency. This argument, of course, is invalid as it would also mean that newborn babies or infants do not meet these requirements. However, one could argue that fetuses are so underdeveloped that they do not count, whereas newborns and infants are “so close to being persons.” This encourages the idea that abortions do not classify as murder against persons and supports a pro-choice argument.

Murder is a strong and difficult word to impose and should not be used lightly. To murder is to take someone’s life, as well as someone’s future and potential experiences. An abortion is the termination of pregnancy, not of a child that has already been birthed. Fetuses cannot feel pain nor can they live without being supported by another living being. This detail highlights the difference between taking the life of a fetus without experiences, and taking the life of, say, a grown woman with children, memories, a job and other aspects of life.

To put this decision in the hands of the government — which is not composed of enough women and therefore could never understand a mother’s mentality — is unthinkable.

Now, to speak on behalf of what Christianity says in regards to being pro-choice, there is what is known as free will. For a Christian, freedom is religiously significant and relevant. A popular explanation of free will is, “Our will is free if our preferences and our choices are really our own in such a way that we can justly be held responsible for whether they are good or bad.” This refers to God’s judgement after our death, for it is a Christian belief that he will determine whether our actions on Earth are right or wrong.

This free will gives one the right to make decisions and to decide what is best for them. Therefore, only the mother can decide what is best for her and her child. To put this decision in the hands of the government — which is not composed of enough women and therefore could never understand a mother’s mentality — is unthinkable.

In many cases, excited mothers are given devastating news about their unborn children. For example, doctors can tell when a baby is going to have medical complications.

Furthermore, women who have been raped and become pregnant should have access to abortions, as well as those who are young and do not have support systems available. Many young teens fear having to tell their parents and can resort to suicide, in the most critical of situations, as opposed to admitting their pregnancy.

Even though the right to abortion has been compromised for years, with the latest appointment of Amy Coney Barret to the Supreme Court, womens’ rights are currently under attack. Being a pro-life activist, Barrett confirmed her stance and referred to her Catholic background. In an article discussing her views, she states that abortion is always immoral. With legal agency, one can assume that she will propose laws to prohibit easy access to abortion, or any access at all.

Despite Barrett supporting her view with so-called evidence from the Bible, it is possible to be faithful to Christian or religious values and support women making choices for themselves.

An article discussing Christianity’s approach to abortion points specifically to the biblical passage where God tells Ezekiel that he will put breath in him in order to bring him to life. This suggests that “‘life’ begins when a fetus’ lungs are sufficiently developed to inhale ‘the breath of the Almighty.’”  A pro-choice Christian would be able to refer to this interpretation when challenged by someone like Barrett who deems abortion to be immoral.

Dr. Willie Parker, a Southern abortion-performing physician, relies on womens’ rights to justify his practice. In an interview, he questions, “How do you give rights to a fetus, to a person that’s inside of a person, without taking rights from the person that the person is inside of?” For women to remain in control over themselves, they must be able to make these intimate decisions.

Parker utilizes the popular Christian verse, “love your neighbor as yourself,” in order to explain that performing abortions falls within this belief. Such a verse has already been interpreted to justify the pro-life argument, which higlight the different perspectives the Bible implies. His compassion for women allows him to provide abortions when necessary, and by resorting to Christian values, he shows how one’s Christian identity can overlap with being pro-choice.

I firmly believe that despite what Christian and non-Christian critics claim, abortions can be justified and the decision about whether or not to have an abortion should be left to the mother. The God I serve is one who enabled women to have both bodily freedom and a moral conscience capable of choosing life or death for her unborn child.

Kiana Perez-Granados believes that being pro-choice and a Christian can co-exist.