In response to guidelines from the Isla Vista Recreation and Park District to clear out of Anisq’Oyo’ Park by Dec. 20 in order to resume maintenance and address safety issues, around 60 houseless residents have since left the park and found shelter elsewhere. 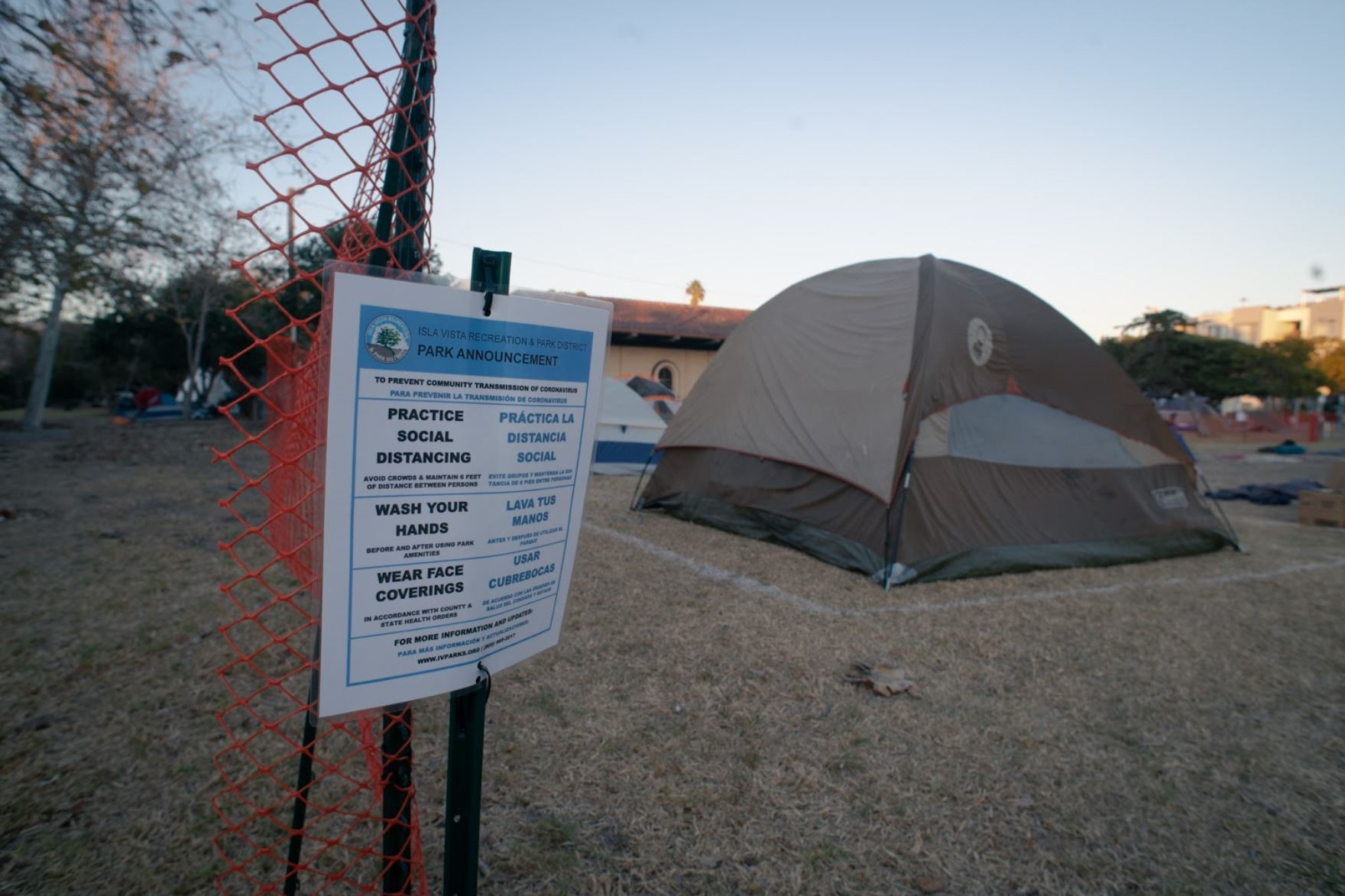 “All encamped persons from AO Park either relocated to People’s Park, entered into the temporary emergency shelter or elected to receive alternative resources from Good Samaritan,” the Isla Vista Recreation and Park District (IVRPD) said in a statement to the Nexus on Wednesday, adding that there were no “arrests, tickets or citations” during the move-out period.

Gina Sawaya, a Food Not Bombs volunteer who was present at Anisq’Oyo’ Park when many houseless residents moved out, said that some residents might have left I.V. altogether after seeing “a lot of folks packing cars.”

“Anytime folks are asked to move to a different location, even if a supplemental location is provided, it’s kind of still just a constant reminder that you can’t be here, this is not for you,” Sawaya said. “And it really reinforces mental health issues and the displacement that these people face on such a regular basis.”

According to I.V. Community Resource Deputy Justin Schroeder, the Isla Vista Foot Patrol (IVFP) was present during the housing transition period to monitor the move-out and maintain safety.

“My presence was there to make sure nothing got physically violent. We did not order anyone to move or take any enforcement action in regards to the park closure,” Schroeder said in a statement to the Nexus.

According to Schroeder, aside from one altercation between two houseless residents, the clearing of Anisq’Oyo’ Park went peacefully.

Ted Bascom, a Food Not Bombs volunteer, said that asking houseless residents to relocate in the height of a pandemic poses a significant health risk to the community.

“Some of these people are going to other places and potentially spreading the virus or getting infected, so I think this is putting people’s lives at risk,” Bascom said.

“I think that the way that the lines were spray painted on the ground were [intended] for social distancing by giving people that 12-foot box to be in,” Sawaya said. “But, when it comes to life, then you have your tent, which can be six to eight feet in each direction, so now you only have a few feet on each side for a chair or somewhere to sit or to stand.”

“I know that the concern for a lot of the folks there in People’s Park on Monday was the density and the proximity to one another,” Sawaya added.