Netflix’s “The Queen’s Gambit” has quickly become the streaming services’ most watched and discussed limited miniseries. The show follows Elizabeth “Beth” Harmon, an orphan, who quickly becomes one of the most prodigious chess players in the world while struggling with addiction during the height of the Cold War. On Dec. 3, the Carsey-Wolf Center (CWC) invited showrunner and UC Santa Barbara alumnus Scott Frank to talk about the show and its success. The Q&A was moderated by Patrice Petro, a professor in the UCSB Film and Media Studies Department and the Dick Wolf director of the CWC. 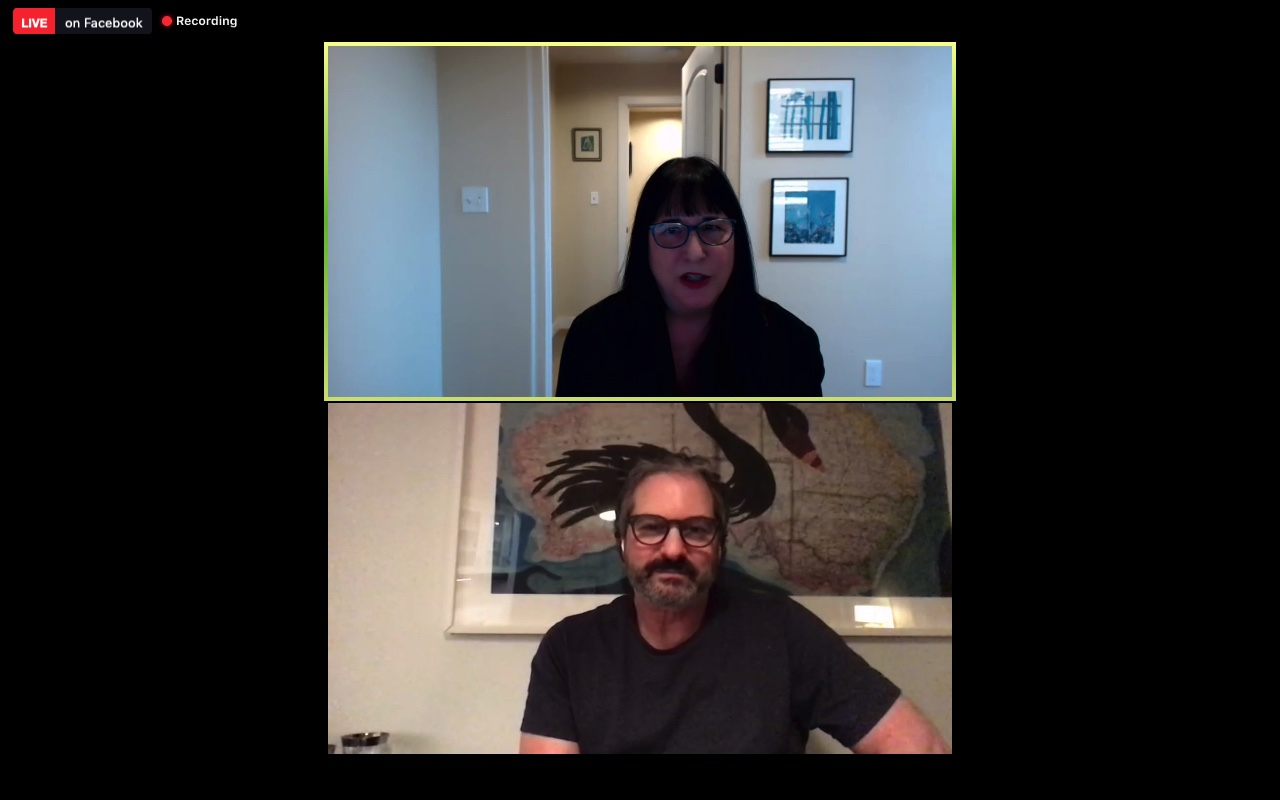 Petro began the discussion by noting the similarities between the child prodigy in the series and the one in 1991’s “Little Man Tate,” the screenplay for which Frank wrote during his time at UCSB. Jumping off of the comparison between the series and film, Petro asked Frank why he was drawn to stories about child prodigies to which Frank commented, “I always wanted to explore the price of genius.” There have been several attempts and many high profile names, like the late Heath Ledger, attached to adapting Walter Tevis’ 1983 novel. Petro then asked Frank why the novel was so enticing to readers (“It reads like a thriller … it’s a page turner”) and what was unique about his approach in adapting the novel (“It always felt like a movie right off the bat.”)

Addressing the nature of adaptation, Petro asked Frank about the changes he made to the source material for the series. The series opens with Beth in a Paris hotel room, which was not the opening of the book. Another major change to the source material was the addition of a mother character, and Frank was bemused about how almost no one noticed despite many articles having been written about the changes to the novel.

The conversation then moved onto the casting of two key characters, Beth, played by Anya Taylor-Joy, and Alma Wheatley, played by Marielle Heller. Pontificating on his casting process, Frank noted that “The only thing you can’t fix is casting.” During the event, Frank revealed that he was initially interested in casting Olivia Cooke after watching her in the 2017 film “Thoroughbreds,” which co-starred Taylor-Joy. Frank highlighted Taylor-Joy’s movements while describing her performance, noting that through the series, Beth’s strut went from unglamorous to glamorous as she developed and found her confidence.

Next, Frank discussed his casting of director Marielle Heller. Frank and Heller have been friends since he was her mentor at the Sundance Institute, and she was originally cast as Beth’s birth mother. Ultimately, Heller was recast as Alma Wheatley after the original actress dropped from the project. However, convincing Netflix to let him cast Heller was no easy task, and he ultimately used an interview she did with The Hollywood Reporter to convince Netflix executives that she was worthy of the role. It was all worth the struggle for Frank, who reminisced about seeing Heller in costume for the first time: “The first time she came out of the trailer she looked like Alma Wheatley.”

There have been many articles written about how accurate the chess content is in “The Queen’s Gambit” since the show’s release. Thus, the conversation moved towards the chess in the show. It’s worth noting that Frank himself is a chess player. When asked about his strategy towards filming the matches Frank quipped, “Panic was a good motivator.” Beyond that, the show had two chess advisors, one of whom, Bruce Pandolfini, consulted with Tevis during the writing of the novel and who suggested the title. Early in the development of the series, Frank envisioned Pandolfini in the role of the Soviet-Russian world champion chess player Vasily Borgov. In describing this early casting idea, Frank elaborated, “I love casting people who are not necessarily actors.” During pre-production on the series, the crew had what Frank described as a “chess summit,” where all departments mapped out the chess scenes in preparation for the shoot.

While the show is set all over the world in cities like Louisville, Las Vegas, New York City, Mexico City and Moscow, somewhere around 95% of it was shot in Berlin. Addressing why the production was centered in Berlin, Frank pointed out the $38 million budget. Naturally, the crew had to figure out how to use a city to stand in for many cities. Berlin could stand in for many European cities, such as Paris. Even the Las Vegas, Mexico City and Moscow scenes were shot in Berlin. Most of the interiors were shot in Berlin as well: “Anything interior with one exception, the drugstore, is shot in Germany.”

“The Queen’s Gambit” is not only a show about chess, but also one about familial connection and coming of age. Another way Frank skewed from the book was his treatment of sexuality in young adults. None of the fluidity in sexuality was in the novel. Addressing this shift in narrative, Frank pointed out that “It just seemed fun, it made it more cinematic.”  The conversation then looked at Beth’s relationship with the other characters in the series. One of the most instrumental relationships for Beth in the series is with Jolene, played by Moses Ingram. Frank also noted additional changes he made in the series that did not appear in the book, such as when Jolene seeks out Beth to inform her of the death of a mentor.

Finally, the final question addressed the massive impact of the series. At the time of publishing this article, the show is the most viewed miniseries on Netflix. When asked what made this show so popular, Frank remarked, “I have no idea. It’s so bizarre. I’m so grateful they let me make it.” Nevertheless, “The Queen’s Gambit” is a great show to binge-watch and you should definitely watch it this winter break if you have not had the chance to catch it yet.