As we approach the ninth month of the stay-at-home order, it’s time to say goodbye to “Tiger King” and hello to “The Queen’s Gambit.” The new Netflix original miniseries was released on Oct. 23, and although it is only seven episodes long, its action-packed plot keeps you wondering what will happen next. 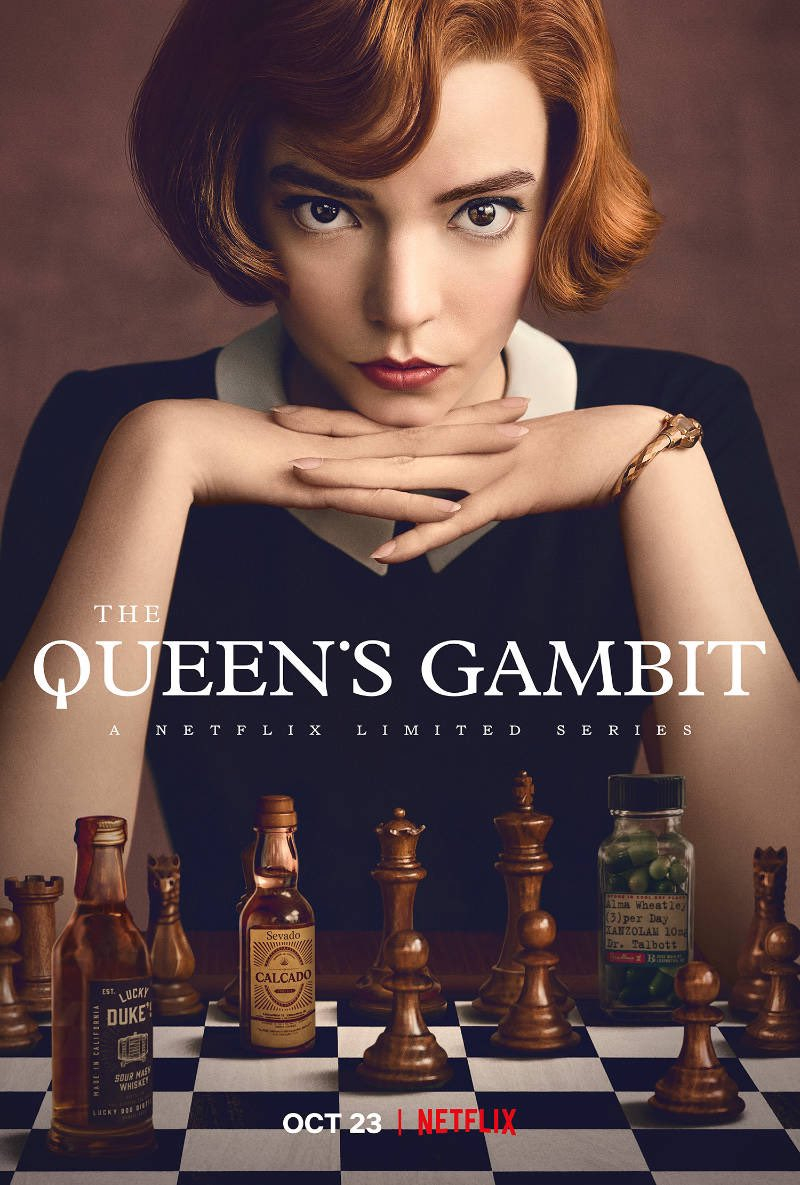 Inspired by the 1983 novel written by Walter Tevis, the series documents Beth Harmon (played by Anya Taylor-Joy) from her life as an orphan in rural Kentucky to her journey in Moscow, where she becomes the greatest chess player in the world. Between Kentucky and Moscow, the show takes place in a variety of locations — from Cincinnati to Paris to Mexico City — during the Cold War era,  bringing the audience on a journey through space and time.

Every aspect of this series, from the plot to the costumes to the underscore, keeps the audience completely engaged. Although the premise of the show is about chess, you do not need to be an avid chess player — or even know anything about the game for that matter — to become invested in the tournaments and the suspense as Beth travels from city to city, demolishing her opponents.

Beth’s character is definitely one of the most intriguing aspects of the show and Taylor-Joy tells her story spectacularly. The combination of Taylor-Joy’s superb acting and the density of the script creates a character that you want to root for against all odds. The audience gets to experience this multifaceted character up close and personal as they can view Beth’s world when no one else is watching. To the world, she strives to appear perfect: a chess-playing phenom who earns a spot in the world championship before the age of 25. But the audience sees a much different story. Along with the struggle of being an orphan, Beth struggles with addiction throughout the entire series, sneaking in pills and drinks when she thinks she’s alone in her various hotel rooms around the world. Allowing the audience to see such personal details of Beth’s life makes her character more human, and thus, more relatable.

She is especially relatable to other women as she learns to navigate the male-dominated world of competitive chess: another challenge that Beth not only conquers, but absolutely annihilates. As a woman who is also younger than all of her male competitors, she is not taken the least bit seriously at her early tournaments — that is, until she puts her opponents in check (the move that usually signifies the ending of a match) in a surprisingly minimal number of moves. And the cherry on top is that she does so while wearing the most stylish of clothes.

The costumes are one of the many details that tie the entire series together. Early in the show, thanks to her adoptive mom, Beth learns to keep one eye on the chessboard and the other on the latest fashion trends. The outfits that she wears to her chess tournaments are of course formal, but bold, throwing off her male opponents even more after they realize that they are facing a woman. This is inspiring to girls and women of all ages because we are often made to feel as though we need to conform to the male way of doing things in order to be successful. Beth turns this stigma on its head — and in the 1960s at that.

Along with the costume design, the underscore, setting and subtle character relationships make this series so well-thought-out and detailed from the beginning to end. As to not spoil the ending, I will just say that the creators find a way to bring everything full circle, making the audience’s investment in staying until the last moment worthwhile. While watching the show once through will of course reveal the ending, watching a second or even third time may reveal new details of the visual elements, like costumes and scenery, as well as the story itself. With its unusual premise and fantastic storytelling — both visually and narratively — “The Queen’s Gambit” is a must-see for anyone seeking some depth in their next Netflix binge.