George Thurlow, UC Santa Barbara’s appointee to the Isla Vista Community Services District, resigned from his position as a board director following his retirement — effective Dec. 15 — as assistant vice chancellor for alumni affairs at UCSB, which means he will no longer be eligible to represent the university on the board. 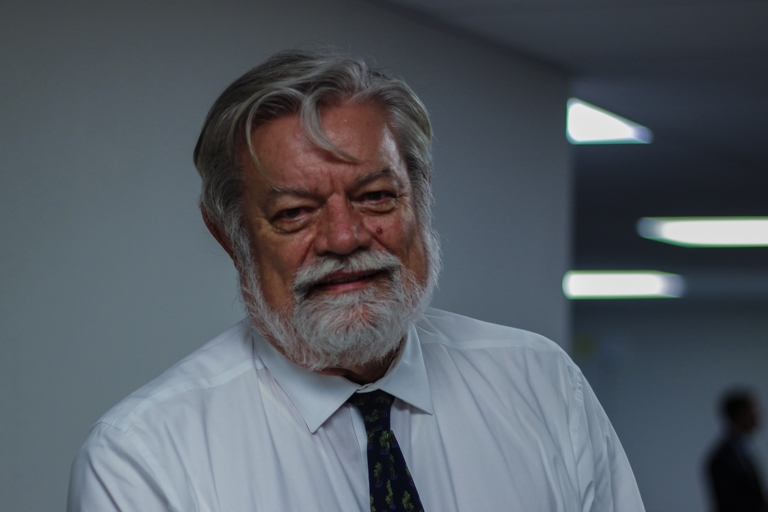 Thurlow’s resignation was announced at the Dec. 8 I.V. CSD meeting, where many directors expressed their sadness about his exit from the board. Nexus file photo

Thurlow’s resignation was announced at the Isla Vista Community Services District (I.V. CSD) meeting on Dec. 8, where many directors expressed their sadness about Thurlow’s exit from the board. Thurlow, who has been on the board since 2017, was appointed to the position by UCSB to represent the university.

“I believe Isla Vista is in a much better place as a result of the work of the CSD. That work will continue and Isla Vista’s self-government will be the legacy of all the current board members,” Thurlow wrote in his resignation letter.

Although Thurlow is “sure [he] will continue to be involved in Isla Vista issues,” he said that he is ready to take on something new.

“This is not a sudden decision. I’ve put in 14 years at UCSB and my life paths usually go about 10-12 years and then it’s time to find a new challenge. I feel like I accomplished a lot at UCSB but it definitely is time for some new blood,” Thurlow said in a statement to the Nexus following his resignation.

“I have no specific plans but I’m sure writing will be part of it. I spent a little over 30 years in journalism and it is in my blood. I have a book about my reporting from El Salvador and Nicaragua in the early 80s that needs to get done,” Thurlow continued.

Jay Freeman, I.V. CSD board director, commended the positive effect that Thurlow’s business acumen and candid nature had on the I.V. CSD. Though Freeman has publicly opposed UCSB having its own appointed official on the board, according to him, “given the existence of such a position, George was the perfect person to do it.”

Freeman, having known Thurlow prior to becoming fellow directors at the I.V. CSD, said he was excited to work with him when he originally joined, despite his reservations about Thurlow’s position. Now, faced with Thurlow’s departure, Freeman continues to disapprove of the position but values the person who has held it.

“I hope that whoever comes in to replace George is somebody that I will love as much, but I don’t know,” Freeman said.

Thurlow served on the formation committee for the I.V. CSD, helping to determine “the nuts and bolts of how we are going to piece together a local government,” Spencer Brandt, I.V. CSD board president, said at the I.V. CSD meeting. Brandt thanked Thurlow for being “instrumental in helping [the I.V. CSD] get to where [they] are today.”

“Director Thurlow, unfortunately not with us tonight, was someone that I always looked up to as a board member for his incredible knowledge, for his wit, or his ability to really tell it like it is. You always knew where George stood, and that’s a really good quality to have in a board member,” Brandt said at the meeting.

“George has been incredibly dedicated to Isla Vista throughout his long tenure with UC Santa Barbara and was so dedicated to building a safer and more inclusive community,” Brandt said. “And I really want to honor him for all the work that he accomplished as a board member.”

End of an era. George was a GOAT. He knew how dangerous Marisela Marquez is at Associated Students.

“Isla Vista is in a much better place because of the CSD”–seriously? Take a gander at the “Isla Vista Community Center” that never opened and is now a transient village. George Thurlow spend his tenure ensuring UCSB staff and dormitory dwellers continue to park for free in Isla Vista–day and night. Notice parking is no longer such a nightmare in IV? That you don’t have to walk four blocks at midnight? Gee, I wonder why? COVID eliminated the UCSB factor. Listening to that broken record say “we can never have a parking permit program in IV” got old fast. This… Read more »

Congratulations on your retirement, George. What a career! By all accounts the fine work you did in journalism continued in Isla Vista. I’ll be first in line to buy your book when it is finished.