The UC Board of Regents Academic and Student Affairs Committee convened remotely on Nov. 18 to discuss a number of items relating to academics, including admissions and outreach to Indigenous students. 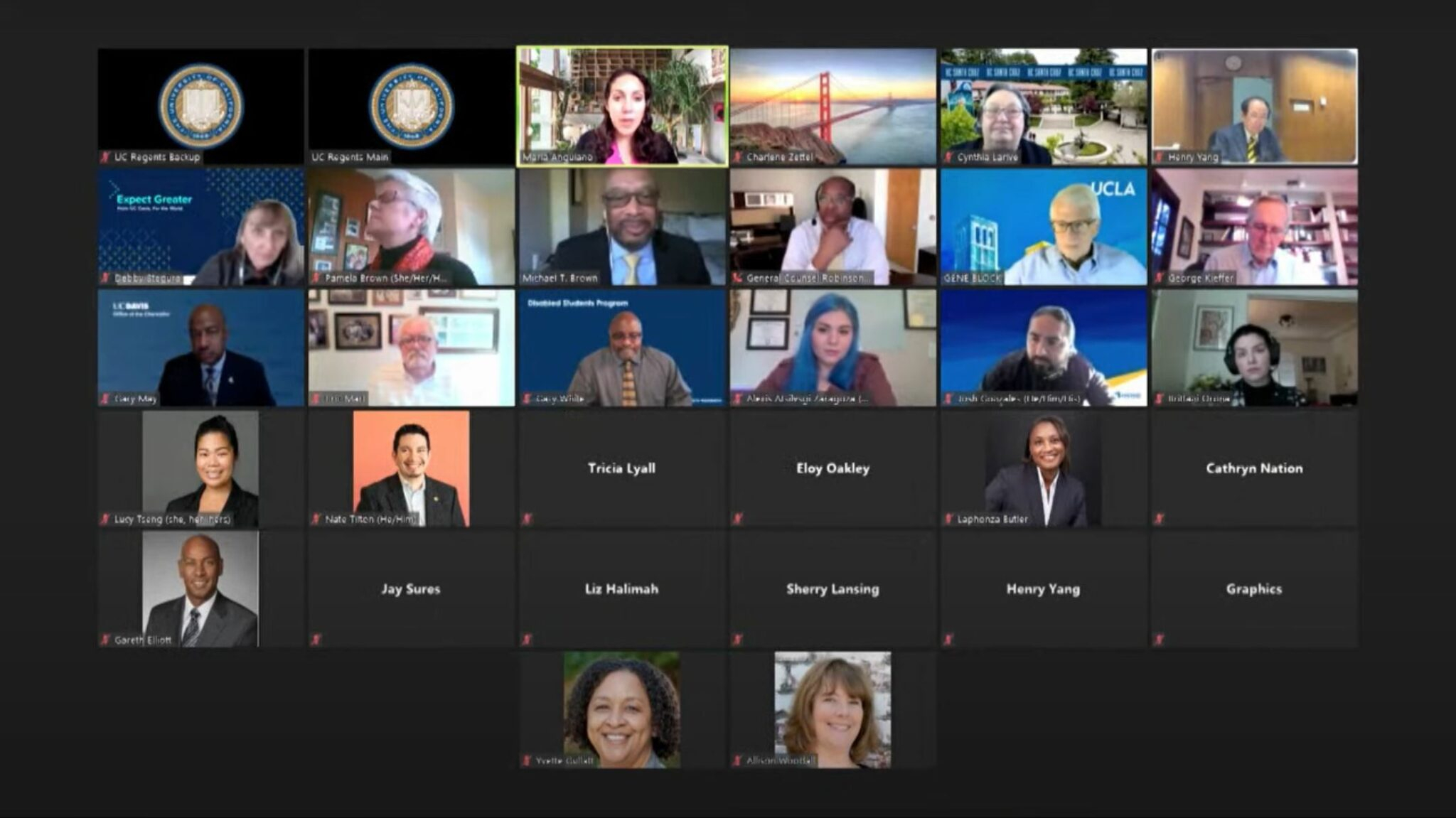 According to the executive summary from the Nov. 18 meeting, about half a percent of students enrolled in the UC system were reported as AIAN in the 2018-19 academic year, falling short of the 1.6% of California’s total population. Courtesy of the UC Board of Regents

According to the executive summary from the Nov. 18 meeting, about half a percent of students enrolled in the UC system were reported as American Indian/Alaska Native (AIAN) in the 2018-19 academic year, falling short of the 1.6% of California’s total population.

Joshua Gonzales, director of Native American Student Programs at UC Riverside, said at the meeting that barriers to admission for Indigenous students include historical trauma, lack of proximity to a UC and limited support and noncompliance with the Native American Graves and Repatriation Act (NAGPRA), which requires Indigenous human remains and cultural items to be returned to the appropriate parties.

In terms of UC-wide changes, Gonzales recommended more student centers for Indigenous scholars, the formation of a tribal advisory counsel committee and tribal liaisons, counselors dedicated to Indigenous outreach and increased hiring and retention of Indigenous staff and faculty.

UC Riverside was the first UC campus to open an office focused on serving Indigenous students — established in 1980 — but due to the lack of staff, it has been spread extremely thin, Gonzales said, adding that “for many years I was the only staff person in my office.”

He emphasized the importance of having Indigenous staff involved in the admissions process and beyond to connect Indigenous students and forge pathways for success.

Alexis Atsilvsgi Zaragoza, UC regent-designate and undergraduate student at UC Berkeley, agreed with Gonzales that under-representation was a problem, citing the lack of Native American faculty in the Native American Studies program.

“Sometimes the faculty in our Native American Studies programs are not as competent as [we] would like them to be. Students feel like they have to correct them, which can lead to a lot of frustration among Native students,” Zaragoza said at the meeting.

“Most UC medical schools have reported zero first-year Indigenous medical students enrolled for the past two decades, which is extremely alarming,” Zaragoza said.

Brittani Orona, a graduate student at UC Davis who spoke at the meeting, said that the UC’s failure to comply with NAGPRA combined with its $68 million in funding for the Thirty Meter Telescope project on Indigenous land in Hawaii has worsened its relationship with Indigenous students.

In reference to the NAGPRA issues, UC President Michael V. Drake agreed that it needed to be addressed quickly and equitably and said that the UC would make the efforts necessary to become compliant.

Orona emphasized that the NAGPRA violations, combined with investment into projects like the Thirty Meter Telescope, contributes to the ongoing mistrust between the UC and its Indigenous students.

“The University of California must return our ancestors’ cultural objects and reckon with its ongoing legacy of land dispossession toward Indigenous communities if a stronger relationship is to be built,” Orona said.