For thousands of years, wildfires annually crept through millions of acres in California’s forests and shrubland. Set alight both incidentally and intentionally, through lightning strikes and Native American cultural burning, these burns were often beneficial for plants, people and wildlife. 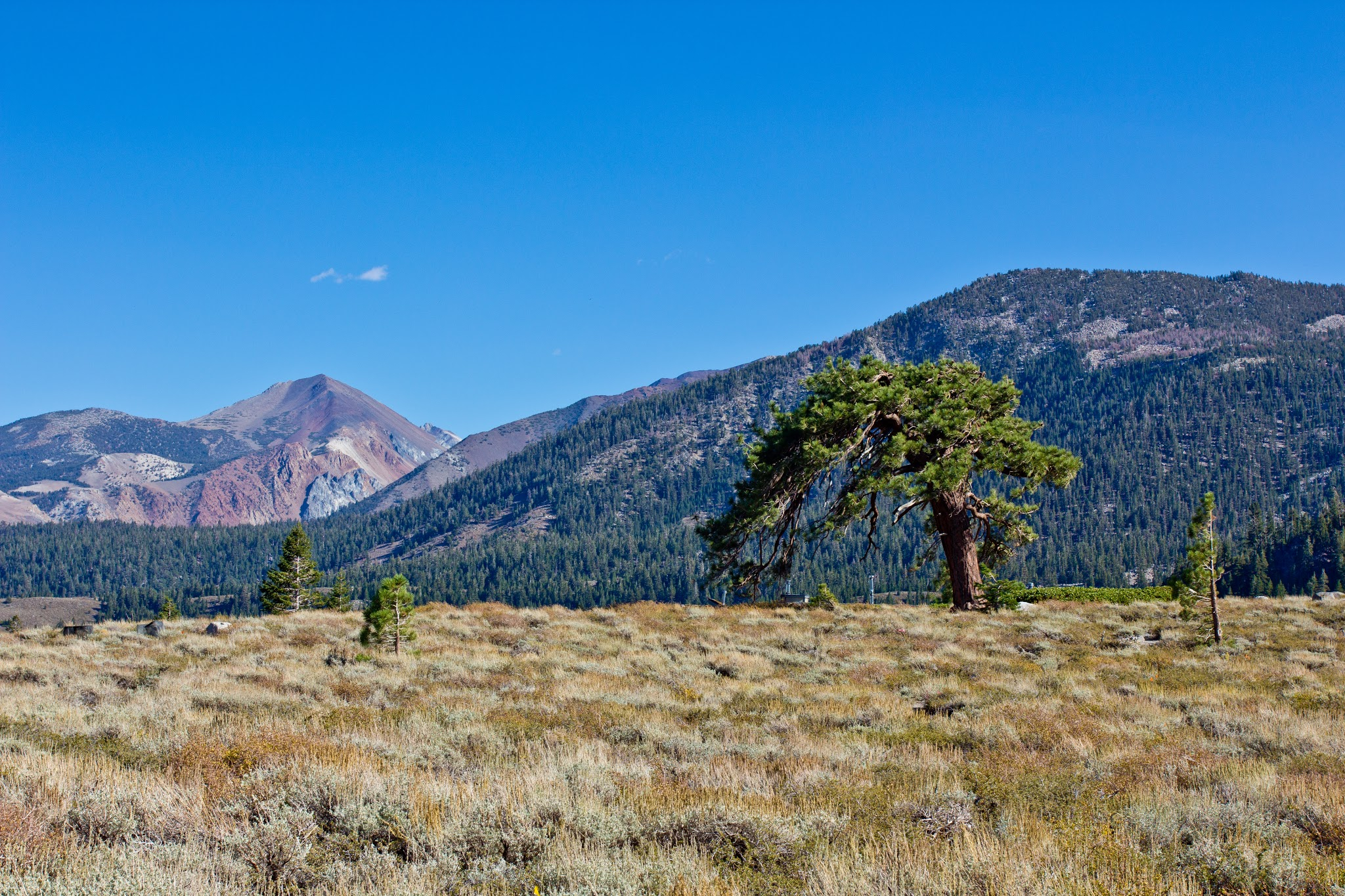 VESR has a variety of habitats including montane forests, meadows, riparian zones and sagebrush. Courtesy of Carol Blanchette

In the open forests of the Sierra Nevada, for instance, fire served to clear out understory vegetation, prevent the overcrowding and encroachment of conifers and encourage the future growth of food plants, like acorns and tubers.

However, the arrival of European settlers put an end to this arrangement. Fires were difficult to control and dangerous to the settlers, with the capability of destroying whole communities in one fell swoop.

Already racist and disdainful toward Native Americans, settlers established new regulations and carried out forced relocation and acculturation programs. Cultural burning was limited by such practices.

Meanwhile, a massive and disastrous fire in 1910, the Big Blowup, tore through three million acres of forested land in Montana and Idaho over two days. In its aftermath, a policy of total fire suppression became gospel for decades in the United States Forest Service.

Now, in one 155-acre plot of land in Mammoth Lakes, researchers with the University of California are trying to better understand how California’s forests can be rehabilitated through both selective burning and thinning in the wake of monster fires and climate change.

Located in just about the middle of Mammoth Lakes, in the wildland-urban interface, Valentine Eastern Sierra Reserves (VESR) is one of two reserves managed by UC Santa Barbara in the eastern Sierra, along with the Sierra Nevada Aquatic Research Laboratory.

“Valentine has a really unique property … It’s never been logged or grazed, and it actually supports one of the highest diversity of plant communities in [the] Sierra Nevada,” VESR Director Carol Blanchette said.

VESR has a wide variety of habitats in its bounds, including montane forests, meadows, riparian zones and sagebrush. Of particular interest to fire ecologists are the montane forests.

“Studies using some of the old trees have shown that forest fires were really common events in this area, prior to human development … [However,] there are widespread practices of fire suppression that have prevented these fires,” Blanchette said.

“This has resulted in forests with high densities of trees that are vulnerable to the effects of drought, pathogens and wildfire.”

In the final UC-wide natural reserve seminar of the quarter, Hugh Safford, a UC Davis researcher and regional ecologist with the U.S. Forest Service, and Ashley Grupenhoff, a researcher in Safford’s lab, spoke of their research and ecological restoration work in VESR. 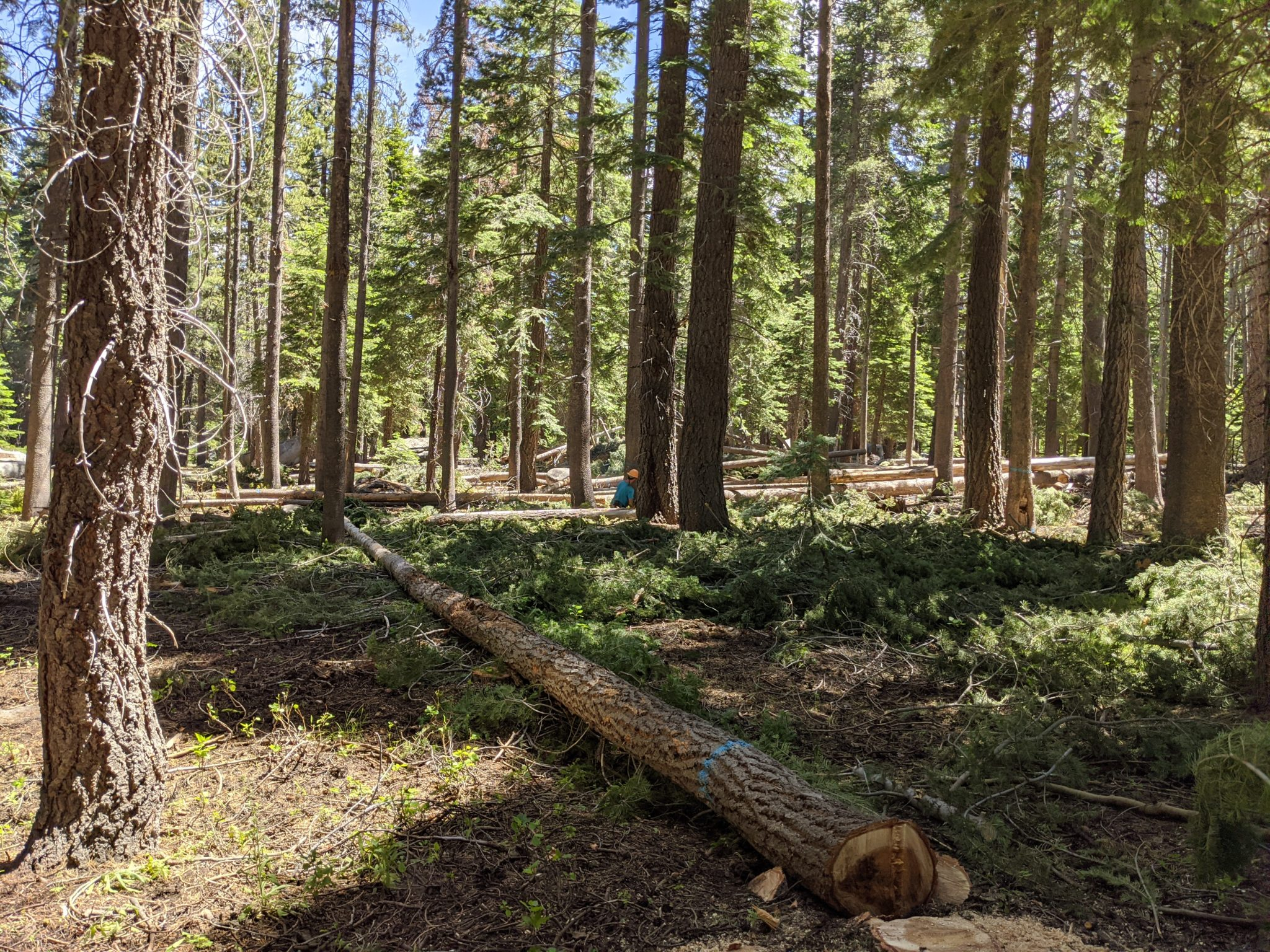 Ecologists carrying out fieldwork in the conifer forests of VESR. Courtesy of Carol Blanchette

According to Safford, California’s pronounced Mediterranean climate is the reason for its susceptibility to fires. Ample rain and snow in the winter allows for the extensive growth of vegetation. Then summer comes, and the relentless heat and sun dry out all of this fuel.

However, not all fires behave the same across the landscape. In chaparral, fires are infrequent, “but when they burn, they really burn,” as Safford said.

In contrast, many montane forests thrive best when they have frequent and low-intensity fires. The principal vegetation fueling these are found in the understory, including saplings, low herbaceous cover and litter, while dominant large trees typically emerge from a fire unscathed.

“In the natural state, fire is not a transformational factor in these forests; rather, it’s a factor that maintains forest composition structure,” Safford said.

During summer 2019, Safford and a crew of international foresters conducted common stand exams. These measured overstory and understory tree diversity, shrub cover and total fuel loading — vital information for gauging both forest conditions and the effectiveness of fuel treatments.

“Fire was historically common in this area, yet the last fire that burned here occurred around 130 years ago. This has major implications for both standard structure and species composition across the landscape,” Grupenhoff said.

In order to compensate for the lack of fire on the landscape, researchers at VESR carried out  ecological thinning last year to create a “mosaic of natural features” with the aim of cultivating better forest health and improving resiliency against pests, drought and wildfires.

“The thinning was conducted in a variable density fashion to produce heterogeneity across the landscape, [with] these clumps and open patches leading to [an] overall increase in biodiversity,” Grupenhoff said.

“But a big question is, how do we know if these treatments are effective without a massive wildfire? One way we can do this is through simulating fire through time under multiple scenarios, climate and management treatments.”

These forest vegetation simulators have been employed to help researchers better understand how the structure of a forest changes in response to fire. The simulators also take climate change into account by looking at how mortality is affected by projected warming.

So what have the researchers found from these simulations?

“Thinning is great at reducing tree density but results in an increase in service fuels. So reintroducing fire is important to restoring forest health. It keeps our flammable fuels in check, protects larger trees [and] maintains structural diversity. And there’s hope that in Valentine, controlled burning operations could start next year, which is really exciting,” Grupenhoff said.

And this information is important for more than ecologists. As seen especially poignantly in 2018 and 2020, with the Camp Fire and the North Complex Fire, respectively, a community in an overgrown, unhealthy forest is a community at risk.

“Fuel reduction and forest restoration is not just something we want to do, or should. We almost kind of have to do it … It’s a miracle at this point that you have not had a really severe fire or loss of life [in Mammoth]. It’s going to happen,” Safford said.