As part of their “Conscious Conversations Series,” UC Santa Barbara’s MultiCultural Center held another event titled “International Student Experiences During COVID-19” on Tuesday, Nov. 17. The event took place over Zoom, moderated by Ashley Rifkin, the program coordinator of the Office of International Students and Scholars. The main purpose of the event was to spark an open discussion about the impacts of the pandemic felt by UCSB’s international student community, providing a forum for them to share their stories. The questions posed by the moderator were mainly directed toward three students who attended the event, third-year global studies and sociology double major Harry Liu, fourth-year political science major Jennifer Li and second-year economics major Peter, who did not disclose his last name during the Zoom call. 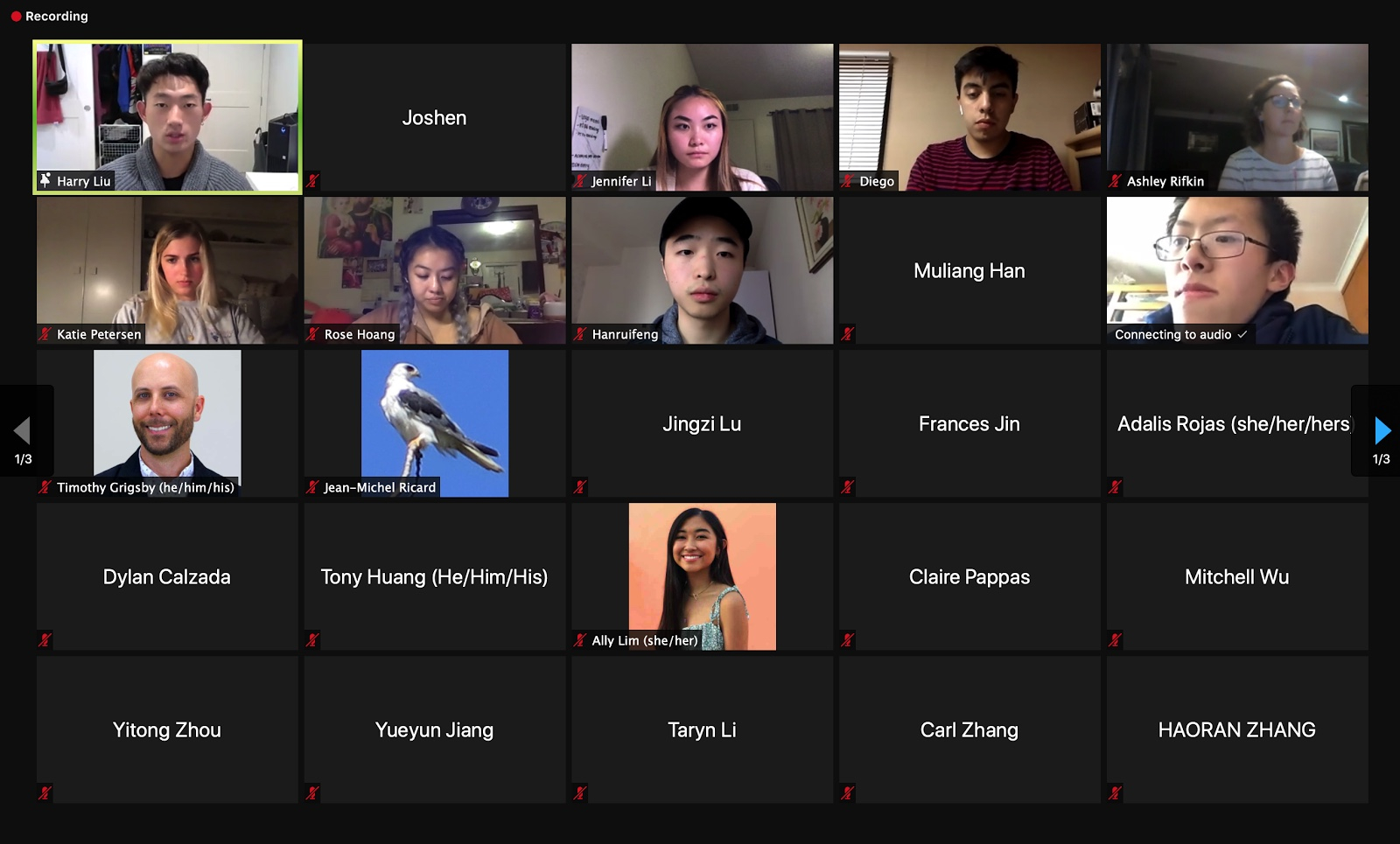 Liu, an international student, started off the conversation by discussing his background, stating that he left China when he was 9 years old to live in Venezuela for five to six years before returning to China for the past few years because of the civil unrest in the South American nation. Liu explained that at the beginning of the pandemic, his parents wanted him to return to China, but he expressed certainty that the United States would have the virus contained effectively in only a matter of time. With the virus shockingly taking hold of the U.S. quickly, Liu made the decision to rent a place in Goleta because of the stringent rules and regulations associated with returning to China, including documentation and a 14-day quarantine period.

Despite his story sounding similar to other international students’ experiences, all four of Liu’s roommates left for home, leaving Liu alone until at least next July, which he said will almost certainly lead to a decline in his mental health. However, in spite of this looming hardship, Liu found solace in reconnecting with his parents and calling them more often, with his dad teaching him about the virus and how it has impacted Albania and China’s economies. When asked about what more the university can do for international students, Liu said there’s not much the university can do, as in-person classes are contingent upon a vaccine. He discussed how much online classes have altered his and his friends’ lives, telling a story about his friend who lives above the Amazon Hub Locker in Isla Vista and constantly hears people coughing in his hall and partying amidst the pandemic, and, as a result, can’t sleep due to his anxiety. Ultimately, Liu relayed the importance of domestic students following COVID-19 guidelines and social distancing, and how that will directly affect and help international students’ struggles during this time.

The second student who recounted her experience during the early weeks of the pandemic was fourth-year domestic student Li. She was studying abroad in Singapore when the pandemic first spread — actually on a mini excursion in Indonesia — and returned to a shortage of masks in Singapore. Li shared her ongoing anxiety in relation to the uncertainty of the pandemic and waking up to new emails every day about the changing circumstances from university officials. One of her dorms was turned into a quarantine facility, and she expressed that the student body was essentially on lockdown, as they could not leave their dorms with officials being stringent about quarantine isolation.

While Li was abroad and living with her roommate from I.V., the two were still not allowed to interact in their living room, contributing to an isolating atmosphere for their mental health. Despite the solitude Li had to face, she expressed that she was grateful the Singaporian government handled the pandemic well, in stark contrast to the U.S. She explained that the main difference she noticed between the two countries was that Singaporean citizens had unwavering trust in their government, knowing that the regulations were put in place for the well-being of the collective, including aggressive contract tracing and a testing plan. Obviously, the decisions were effective, because normal operations are returning in Singapore, with the government providing free masks to everyone. Overall, Li said she felt her identity change coming out of quarantine and this study abroad experience — learning more about what she wants to pursue after college (a law degree) — while before quarantine, she felt like she did not take the necessary time to reflect on her future.

The final student who shared his experience was second-year international student Peter, who detailed his internal struggle about returning to China. He was overwhelmingly worried about no one being able to care for him if he caught COVID-19, so he returned to China, which he expressed came with a lot of disadvantages, including not being able to see his friends and having to wake up at odd times to attend classes and take exams. Upon his return to China, he was quarantined for 14 days in his hotel, and during this time Peter took the time to apply for jobs and internships and also reconnect with friends and music. He conveyed, similar to Li, that the gap between the American versus Chinese response to the pandemic correlated with public trust. He communicated that Chinese citizens obey their government and still wear masks in public places and on transit, despite the number of new cases being relatively low. The hardest part, Peter revealed, was reconnecting with Chinese culture and relearning how to integrate into Chinese society.

After these three students recounted their individualized experiences, some responses were made in the chat, specifically in relation to xenophobia on campus and the university’s response in helping international students during the pandemic. The resounding conclusion was that students wish the university would lower tuition in response to the pandemic to directly ease the ongoing financial burden many students are facing. One student expressed that they were taking a course specifically designed for international students, and it would help if the course could better understand the challenges for international students by dropping the lowest homework and exam score. The conversation then shifted to racist experiences on campus, with some in the Zoom chat expressing that UCSB is an “overwhelming welcoming atmosphere” while others, like Rose Hoang, indicating that there are harmful experiences occurring against international students, whether they are hypervisible or not, such as memes mocking international students for wearing masks. Peter revealed a similar sentiment, as one of his friends was denied an Uber ride in I.V. in February because she was wearing a mask. The concluding remarks of the event revolved around the growing optimism relating to the new Biden administration, including the possibility of an early release of a vaccine and a 4-6 week lockdown in the new year.