The Daily Nexus
News
The Show Must Go On: How UCSB’s Theater Department Has Learned To Perform Virtually
November 24, 2020 at 12:50 pm by Mariam Bagdady

Most people can remember their last pre-pandemic live performance. For some, it was a packed stadium with their favorite band playing. For others, it was a night at the opera. But with the pandemic forcing social distancing and stay-at-home orders, most performances have been cancelled, postponed or closed indefinitely. 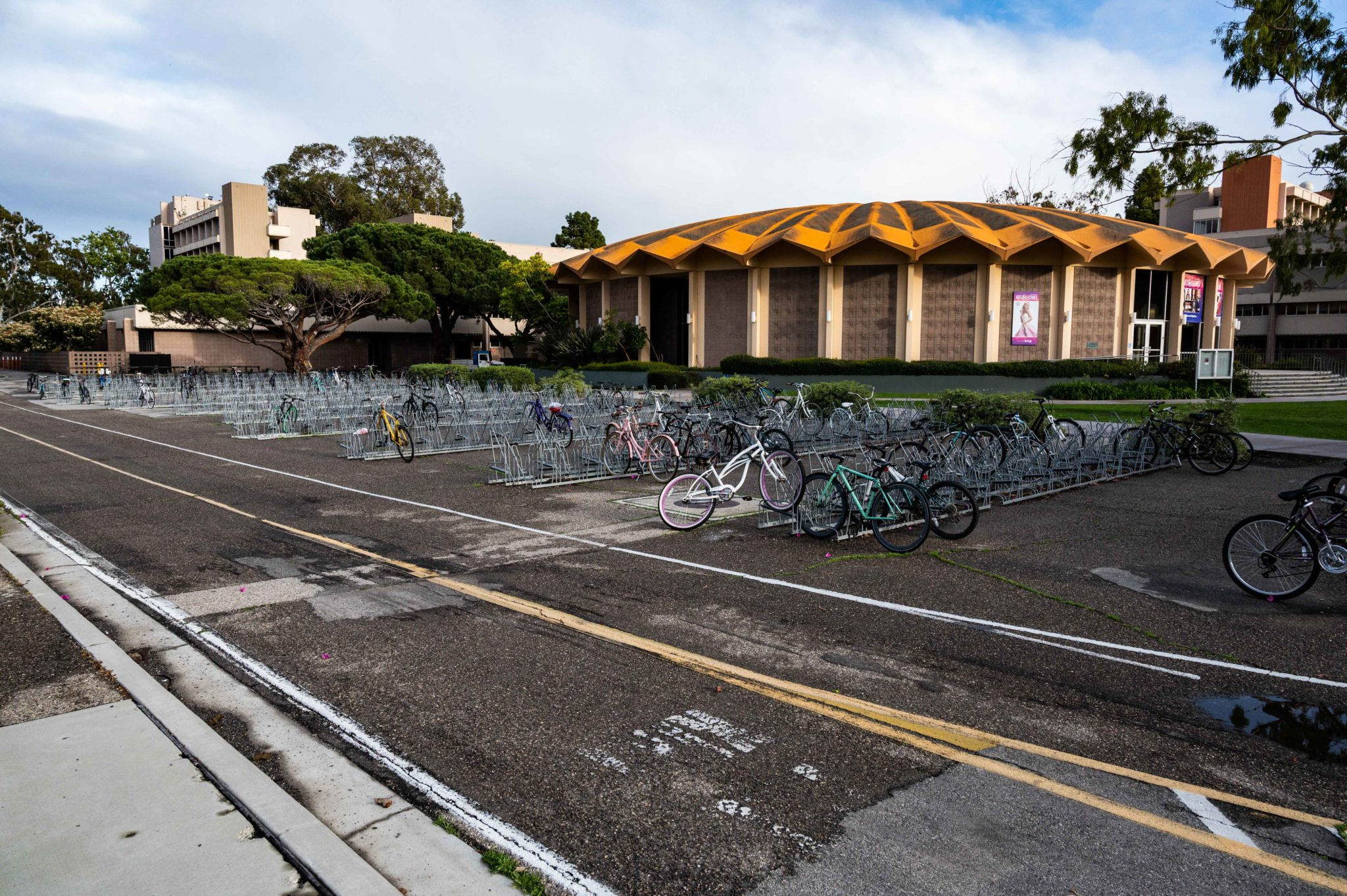 With the pandemic forcing social distancing and stay-at-home orders, most performances have been cancelled, postponed or closed indefinitely. Max Abrams / Daily Nexus

But in UC Santa Barbara’s Department of Theater and Dance, the show hasn’t stopped. Months into the pandemic, the department has turned the consequences of social distancing and quarantining into a virtual escape from reality, with auditions, rehearsals and performances all shifting to Zoom from the comfort of students’ homes.

UCSB’s Department of Theater and Dance has put together a lineup of productions meant to integrate theater with the virtual realm. Some of the latest shows include the Oct. 17 premiere of “Becoming Othello: A Black Girl’s Journey” and “All the Devils are Here: How Shakespeare Invented the Villain.”

Irwin Appel, chair of the Department of Theater and Dance, said the new performing experience was a silver lining amid the difficult circumstances of the pandemic and that the change to online format has strengthened the department.

“There are certain wonderful things about it that maybe you wouldn’t have anticipated going into it. There’s an intimacy of being able to watch people on screen almost in close up all the time,” Appel said. “Even though we’re socially distant, we’re more global than ever.”

The shift to an online format has also made room for contemplating new meanings of theater as an art form, Appel said.

“We’re still discovering out of necessity what this art form is. Is it theater? Is it film? Is it television? Is it social media? Is it something else? It’s definitely a hybrid form of theater,” Appel said.

Third-year theater major Allyson Nicholas said that creativity has played a major role in allowing rehearsals and performances to continue, even when students cannot be in the same room.

“Theatre is all about connecting with others and sharing an intimate space with other people,” Nicholas noted. “It’s inherently not the same as a real performance would be, but I still think there are ways to mitigate that and create that intimacy and use that experience to create a new definition for theater, or like a new avenue of where theater can go.”

Cyrus Roberts, a third-year theater major, said he has benefited from the virtual performances.

“What I needed to work on was really understanding what I’m saying and what’s happening, and Zoom forces you to over-understand so you can oversell the message,” Roberts explained. “Zoom makes you work.”

Although this has been a challenge on the department, Appel said his students have been “remarkably game” to push through performances amidst this new form of theater.

“Every single piece of Zoom theater that we’ve done, the students have been totally committed and completely giving their all. They have really thrown themselves into it, which has allowed us to do some really interesting projects,” Appel said. “We have so many interesting things going on in the department now, in this virtual realm, that ironically we have probably one of our best seasons ever.”

Theater students, however, have made it clear that even though they are trying to be optimistic, nothing compares to being on stage among their peers.

“I miss the act of having to go to a rehearsal space and talking to other people… that’s what I miss the most,” Nicholas said.

Jordan Finley, a second-year writing and literature major in the College of Creative Studies who has performed in UCSB productions in the past, also said she felt nostalgic for traditional theater, mentioning how difficult it has been for her to accumulate to virtual performances.

“Not being able to stand up or move around is so restricting, and makes me feel like I’m constantly getting worse and have no way to develop my acting. I miss having a scene partner physically with me,” she said.

While performances have gone virtual, so have rehearsals, costuming and tech within the department. Unfortunately, students are left to be their own tech crew and are in charge of their own costumes, according to Appel. Though rehearsing online “can be a challenge” when it comes to privacy, time, and getting things in sync, Appel said, “students have really thrown themselves into [the shows].”

“The motto for our department all year is out of adversity comes opportunity, and I really believe that’s where artists have to operate from,” he explained. “We don’t really know when we’re going to be back, [but] it’s getting us by until we can be back in person.”

Although the shift to virtual performances has left an uncertainty amongst the students and staff for when things will return to normal, they agreed that the remote experience is one worth having.

“This is temporary and the theater program is something that lives in you whether we’re isolated or not. There’s a community of people whose only intention is to help you be more honest with yourself,” Roberts said.

“You can find some grain of community even from hundreds of miles away.”