In recent years, the world has seen a decrease in biodiversity. Countless species of plants and animals have gone extinct, with human activities being a major cause. Amphibians, specifically, have been facing the consequences of global trade through chytridiomycosis, an infectious disease caused by the fungus Batrachochytrium dendrobatidis (Bd). 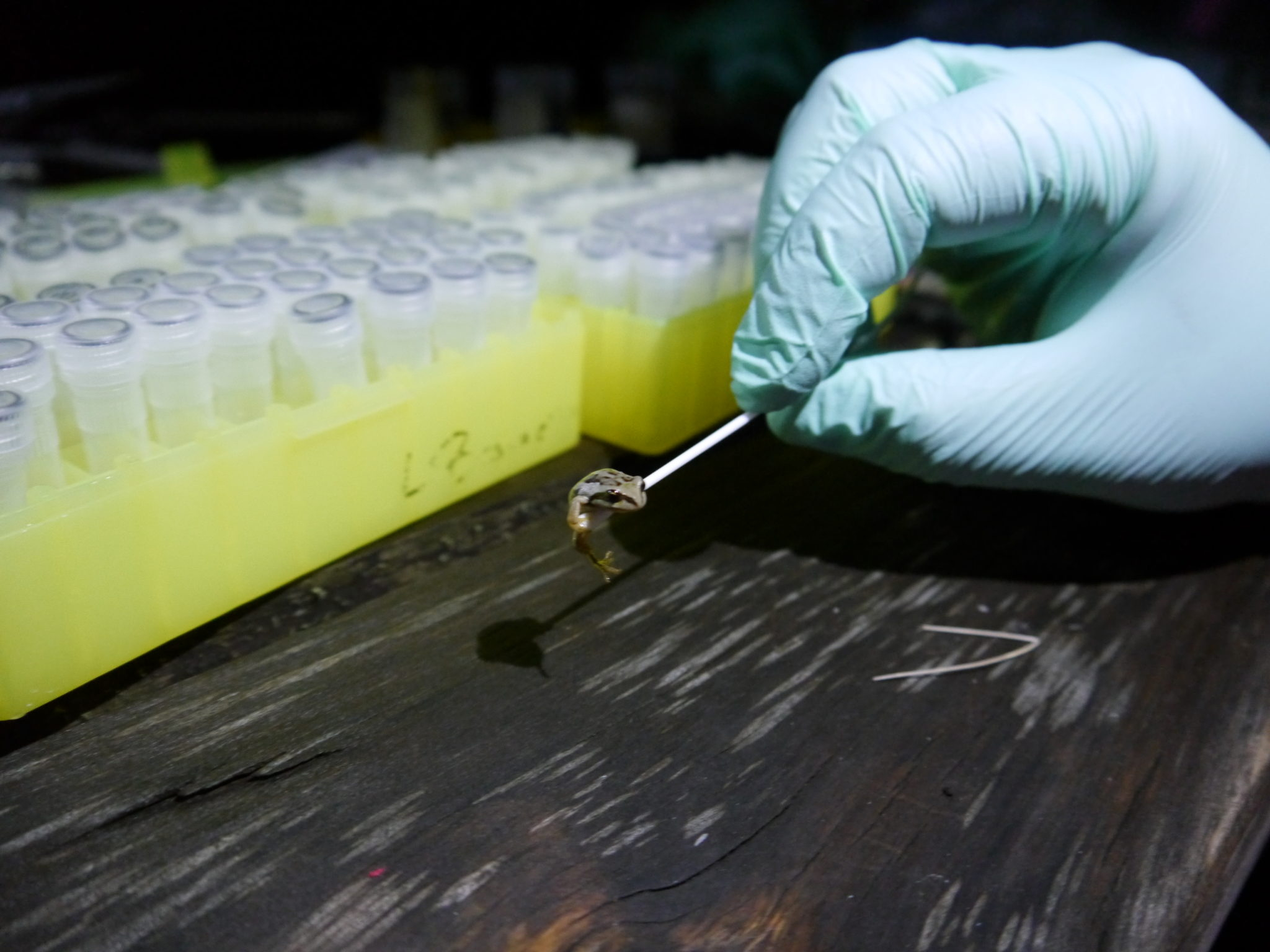 Chytridiomycosis is “the most important wildlife disease in the past century,” Laura Brannelly, a research fellow at the University of Melbourne who has been researching diseases like chytridiomycosis for the past 10 years, wrote, “Over 500 species have been affected by chytridiomycosis and it is the primary cause of 90 species to become extinct.”

Not every population reacts to disease in the same way. A myriad of factors affect resistance, how easily an individual contracts a disease, and tolerance, how affected an individual is by the disease. These factors include genetics, population density, behavior and climate, among many others. Why do some species survive? Can we prevent the extinction of other species? These questions are investigated in a recent synthesis paper by Brannelly and her colleagues, including UC Santa Barbara’s own Cheryl Briggs, a professor in the Department of Ecology, Evolution and Marine Biology.

The researchers analyzed past studies of chytridiomycosis in a variety of amphibian populations. Knowing how amphibians resist the disease can help scientists determine how to help them survive. Although ways to keep species from succumbing to chytridiomycosis has been researched before, “management options are rarely framed in terms of supporting the mechanisms of population persistence that the animals are naturally using in the face of the disease,” according to Brannelly.

“In this review, we aimed to overview how management can support the natural mechanisms of persistence,” Brannelly said.

In other words, the researchers focused on ways to support a population’s natural ability to survive a disease as opposed to trying to introduce an entirely new method. “When management supports these natural mechanisms, it will lead to more successful management outcomes and fewer failures,” Brannelly added.

The research team used data from studies used in another review as well as a number of more recent studies examining chytridiomycosis in amphibian species. Then, they created a model to compare the results from these studies and draw conclusions. However, directly comparing research done by different labs is difficult because of differences in methodology. For example, labs might use different amphibian species to test resistance to chytridiomycosis, or the experiment might cover one generation or many.

“Because each experimental infection design was slightly different, we controlled for temperature, dose and days post-inoculation in our model so that the results could be comparable among species and life stages,” Brannelly explained. Then, it was possible for the researchers to detect trends in population persistence after exposure to the disease.

So what do we know now? Mostly, that we don’t know enough. Immunity — either genetic or acquired — was long thought to be the main reason that some species survived chytridiomycosis better than others, Brannelly said.

However, Brannelly and her team found that immunity, tested in a lab setting, is not a reliable indicator of how the tested species fared in the wild. Therefore, there must be other significant factors that influence a population’s resistance, and they should be taken into account. According to Brannelly, there needs to be more research into ways that frogs survive this disease.

“There are very few species that have been adequately tested,” Brannelly said. “This could be because understanding mechanisms of persistence are challenging, where a number of mechanisms could be in play.”

Despite this, the researchers laid out a number of options for population management based on their findings. Potential courses of action include encouraging breeding or compensating for the effects of fires or droughts. Brannelly warns against being hasty with the delicate process of population management, especially given the current lack of understanding regarding the best ways for populations to survive: “This means we might be guessing which management options to use and guessing could lead to exacerbating declines.”

Conducting more research on chytridiomycosis and Bd won’t just help scientists protect amphibians; understanding how frogs survive disease can help us support other species. If, for instance, scientists determine that a specific intervention — like manipulating a habit to encourage breeding, or mixing in members from a more resistant population — promotes survival under certain conditions, then that intervention could be applied to other, non-amphibian species infected with disease.