The Daily Nexus
Society & Psychology
UCSB Professor Investigates Cognitive and Neurocognitive Effects of Being an Interpreter
November 3, 2020 at 11:59 pm by Gracie Shi

Being an interpreter is known to be a highly intensive profession that requires not only the mastery of two languages but also the ability to convert and to communicate ideas in a short amount of time from one language to another. Interpreters switch their minds between two or sometimes multiple languages constantly due to the requirements of their job. 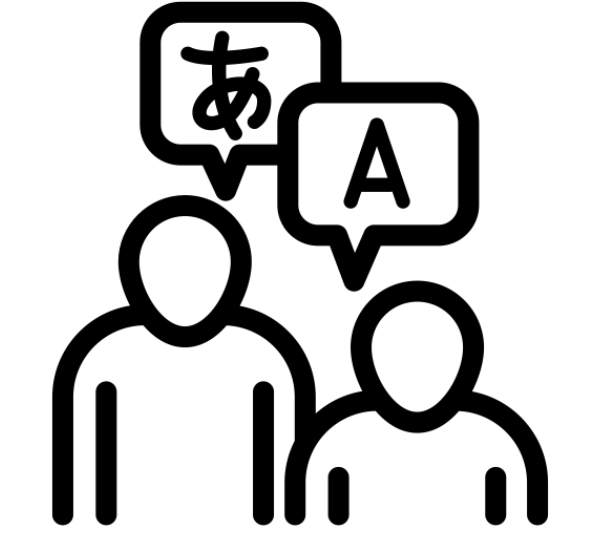 Ferreira has worked on this research since 2016. Christian Wad / Noun Project

Different from translators, who are not required to translate under time pressure, interpreters are required to convert one language to another during verbal conversations within a set amount of time.

One might consider interpreters bilingual. However, the definition of bilingual does not include language proficiency; variability between individual interpreters makes it difficult to draw robust conclusions for researchers investigating the advantages of bilingualism.

Aline Ferreira, an associate professor from the UCSB Department of Spanish and Portuguese and the director of the Bilingualism, Translation, and Cognition Laboratory, has been working with bilinguals since 2010.

Investigating written translation from a first language into a second language, Ferreira conducted a research study with two other researchers, John W. Schwieter and Julia Festman, published as “Cognitive and Neurocognitive Effects From the Unique Bilingual Experiences of Interpreters.” Ferreira has worked on this research since 2016.

“Colleagues from all around the world have been contributing to better explain bilingualism,” Ferreira said.

Some studies suggested that interpreters show high performance in semantic error detection and short-term memory advantages due to their sensitivity of semantic features and memorization skills developed through interpreting experiences. Other studies argued that the unique bilingual language experiences of interpreters show a significant contribution to “mental set shifting enhancement in cognitive control but not to inhibition.”

Among the studies discussed in this paper on whether or not there is a cognitive advantage for interpreters, “Elmer and colleagues (2014) and Abutalebi and colleagues (2014, 2015)’s findings were two of the most significant,” Ferreira wrote in an email to the Nexus.

Elmer and colleagues found that professional interpreters seem to show a specific neuroanatomical and neurofunctional profile of verbal and non-verbal processes. Abutalebi and colleagues (2014, 2015)’s findings showed that changes in gray matter density have been observed as reflections of life-long bilingualism.

Ferreira and the two other researchers agree that a “defined conclusion has not yet been drawn” due to the variability of the individual interpreter experiences. In other words, whether or not there is a cognitive advantage due to the bilingual experiences of interpreters is still in debate and needs further investigation.

“We have walked a long path since the “speculative theorizing”, as called by Gile (1990)**, and we have borrowed from other fields to create new studies and address issues that have been explained in several models, but never tested. Maybe it is time to test those theories and have a better description of participants’ bilingual profiles,” Ferreira said.

For future studies, it is suggested that a “more precise measure of professional experience should be used.” For instance, including a more detailed description of the participants’ past experiences could possibly help provide a more certain conclusion.

“I will conduct further research. As we keep working on the designs, participants’ recruitment, and data analyses, we might find other ways to answer the questions that we have and probably ask even more questions,” Ferreira said.