The Daily Nexus
Music
In Review: “Positions” Is The Return of Classic — Albeit More Sultry — Ariana
November 3, 2020 at 10:56 am by Joshen Mantai 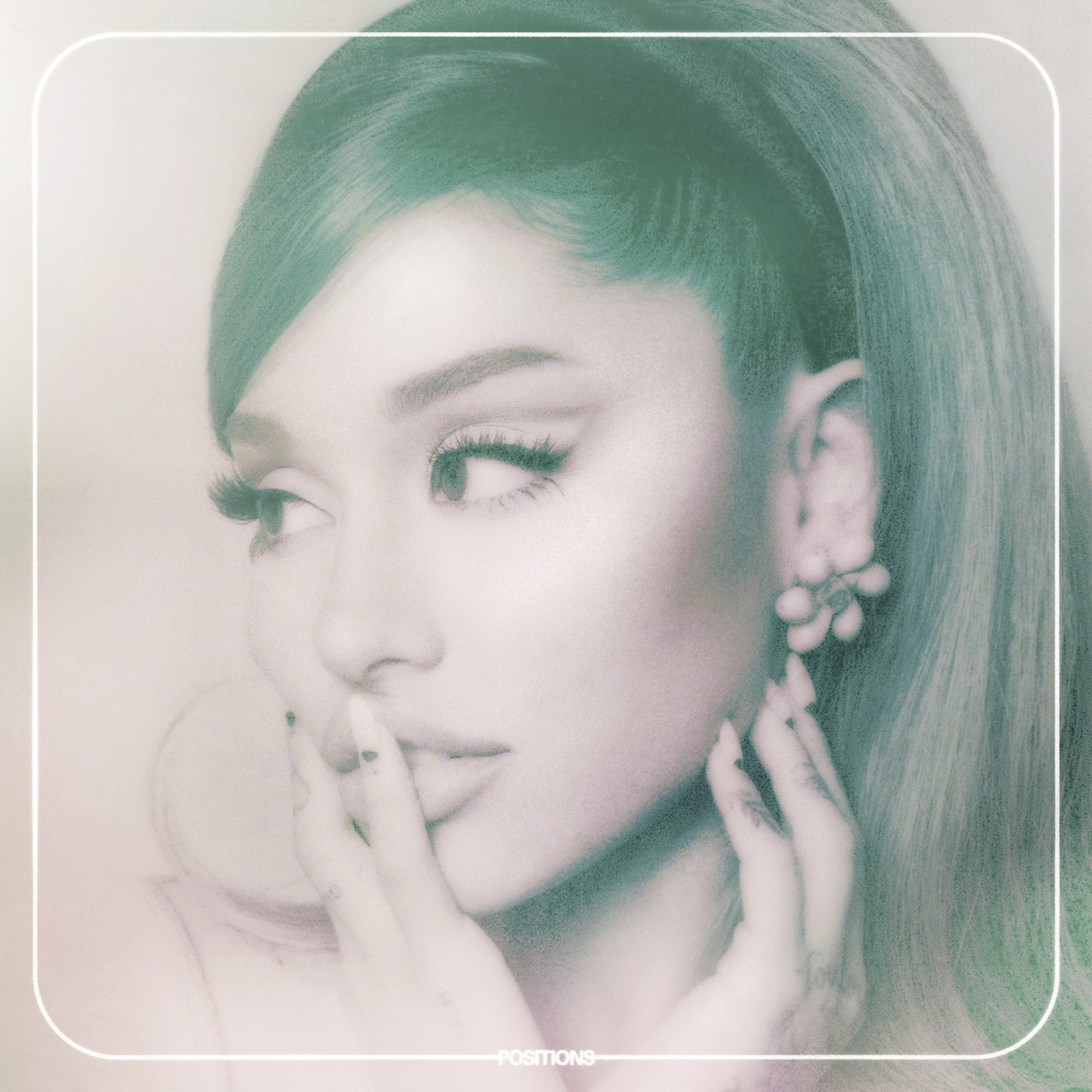 The viral Bagel Bites tweet said it best: Ariana Grande’s new sixth studio album “Positions” is a recurrently vulnerable pop and R&B escape into the artist’s personal growth and newfound positivity despite all the trauma and media frenzy she has previously been entrenched in. Grande’s October album emerged into the music universe with little notice; her Oct. 14 tweet, “i can’t wait to give u my album this month” sent fans into a scrambling frenzy of intertwining gratitude and anticipation.

The title track, “positions” and its accompanying music video were released a week before the full album and showed significant promise for the rest of the release, an unmistakable pop bop crafted to be a top hit and TikTok sound, of course. The music video featured Grande in multiple “positions,” primarily in a presidential role, that gave us a peek into a fantasy world of ubiquitous female political power. She even referenced praises of postal workers in contrast to their mistreatment in reality under the current political administration.

The album opens with the brazenly dismissive and carefree track “shut up,” one that signifies Grande’s burgeoning maturation and ability to be playful with her critics. Grande refreshingly confronts her past demons in lyrics like “All them demons helped me see shit differently / So don’t be sad for me,” while also showing her frisky side off with the repeated phrase “You know you sound so dumb.” The plucked violin instrumentation contributes to an atmosphere reminiscent of an orchestral Disney soundtrack, decrescendoing into musical blankness.

Perhaps more striking is that “Positions” feels overwhelmingly like an intimate foray into Grande’s bedroom sheets, especially on eye-widening explicit tracks like “34+35” and “nasty.” “34+35” doesn’t leave much to the imagination, featuring lyrics alluding to the infamous “69” sex position: “Got the neighbors yellin’ ‘Earthquake!’ / 4.5 when I make the bed shake.” Grande seems to slyly know what she was doing with this one, ending the song singing “Means I wanna ‘69’ with you,” just to be entirely transparent with her fans. “nasty” gives off a similar aura that, despite having overtly sexual lyrics like “Swear it’s just right for ya / Like this pussy designed for ya,” dually evokes a feeling of swoon-worthy romanticism that accompanies the familiar feeling of infatuation with a partner.

The album features several noteworthy collaborations, one of which is titled “motive” with Doja Cat. The track is dance-worthy to say the least and is assembled in a manner that makes me miss hitting the clubs I’ve never even hit in the first place. Another electrifying partnership is set forth in the long-awaited resurgence of The Weeknd on “off the table,” a more slow and stripped-down track that sultrily shows off Grande’s hesitations about delving into another relationship: “Will you be thеre? / Can I still love you? / Not yet healed already / Should I be goin’ too steady?” This proves similar in scope to “safety net” featuring Ty Dolla $ign, where Grande sings: “Is it real this time or is it in my head?”, a subtle nod to her song “in my head” from her previous album “thank u, next” where she details the regretful constructed build-up of a romantic interest in her mind.

The binary of Grande’s confidence with her susceptibility is put on display throughout the duration of the album. In tracks like “just like magic,” she asserts “I get everything I want ‘cause I attract it,” but in others like “my hair,” she references the fear of being open to someone touching her signature ponytail. The album ends on the ballad “pov,” which wistfully and softly showcases lyrics like “Ooh, for all of my pretty and all of my ugly too / I’d love to see me from your point of view.” This emotional track proclaims Grande’s capability of emotional honesty, reminiscent of the thematic catharsis of album “Sweetener.”

“Positions” proves itself to be a succinct 41-minute album that is a strong resurgence of classic Grande, in all of her textural and high soaring vocals, accompanied by treasured glimpses into her romantic life that keeps fans asking for more. After listening to the entirety of the album, we’ll all wish we could be living the immaculate romantic journey Grande is traipsing through in her quarantine.