The Daily Nexus
Outside Opinions
Joe Biden Will Not Defeat Fascism, Class Warfare Will
November 2, 2020 at 3:25 pm by Taylor Clark 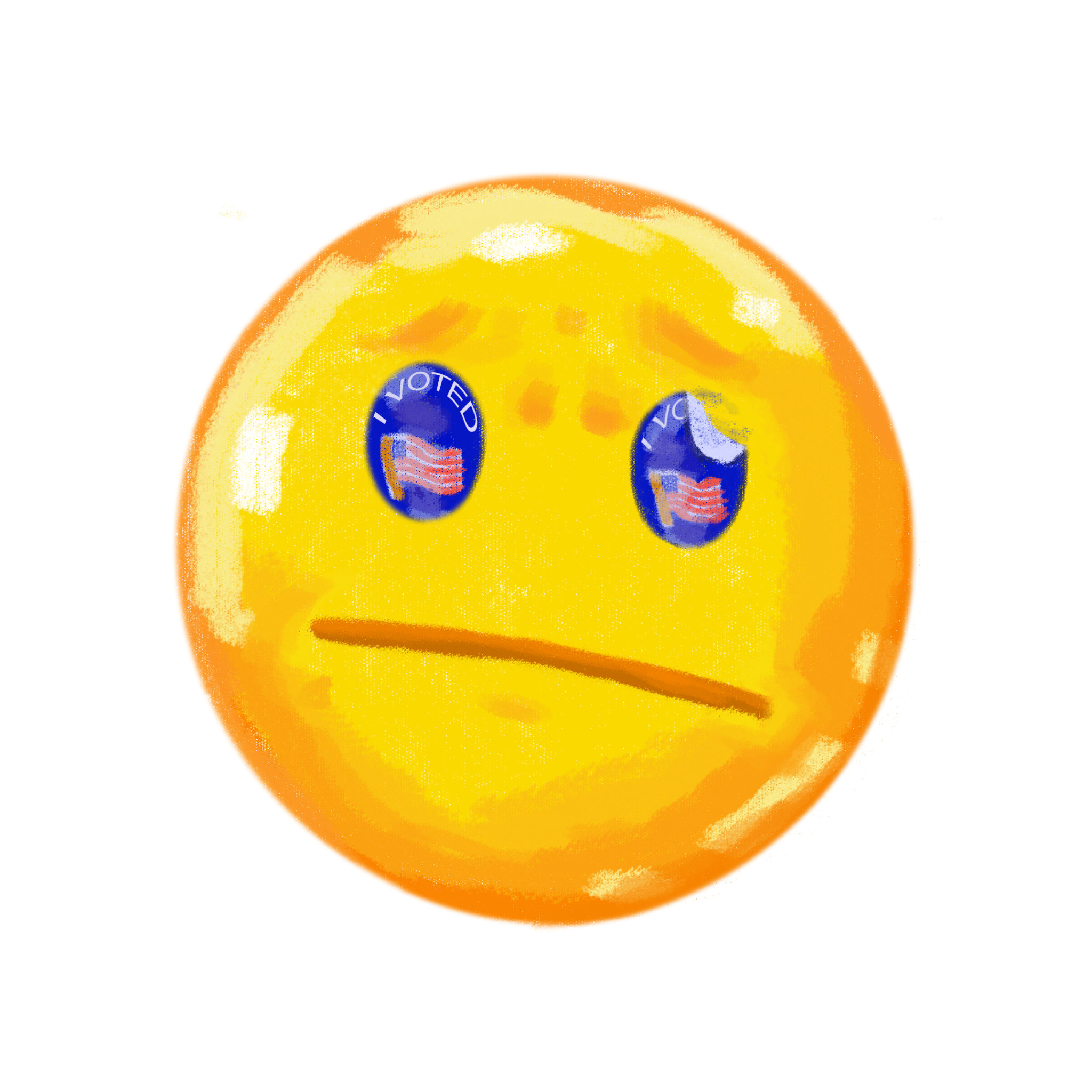 There is a debate today that cannot be ignored. It is a debate that anyone who considers themselves to be to the left of Michael Rubens Bloomberg is forced to contend with. Like a whirlpool, everything else swirls around it in a chaotic hurricane, and like a virus, it infects and destroys everything it touches.

It rouses passions, destroys friendships and yet accomplishes nothing. The debate is whether we should or should not vote for Joe Biden, the Democratic candidate that nobody really wanted.

It is a polarizing debate, and it is particularly relevant here at UC Santa Barbara and in Isla Vista, where Bernie Sanders won more than 65% of the vote in every precinct during the primary. That’s a fact that makes me extremely proud, as one of the former leaders of Students for Bernie and as the current co-chair of the Young Democratic Socialists of America here at UCSB.

The fact is, what Biden voters are concerned about are truly valid concerns. The ideology President Donald Trump represents is an existential threat to what little democracy the United States has left, and the possibility of a judicial coup is a real threat that should be taken seriously. This is perhaps the central reason why so many people, who are well aware of Biden’s numerous faults, are willing to vote for him.

But electing Biden will not end that threat.

Let’s be clear: Will Biden attempt a coup if he loses like what Trump appears to be doing? No. Will Biden represent a quantifiable improvement over Trump in a number of ways? Yes.

The problem is that there is a significant portion of liberal America that sincerely believes that simply voting for Biden and annoying voters on Instagram constitutes as “activism” and will somehow be sufficient to prevent a fascist coup or insurrection. It is not. This stems from the fact that even now, many liberals and self-proclaimed leftists subscribe to a theory of power and perspective on society that a socialist might call “neoliberal.”

According to this perspective, Trump’s victory in 2016 was just an accident — a glitch in the system that, once righted, will prompt “a return to normalcy.” They do not recognize Trump and his movement for what they are — the product of a prolonged process of systemic rot that has been molding in the back of the American psyche for decades. A process that Biden himself has participated in.

Socialists, on the other hand, can tell you exactly where Trump came from. One of the central tenets of socialism is the idea that politics and history are largely the product of conflict between social classes (aka class warfare), not the actions of certain “special” individuals. This means that they can walk you through the long history that led us to this moment and can even explain to you how the systemic contradictions of capitalism as a whole help to encourage authoritarianism and build racial animosity. Contradictions that paved the way for Make America Great Again (MAGA) as a movement.

Socialists do not subscribe to the same “great-man” view of politics that neoliberals fetishize. They know that Trump losing the election will not suddenly turn millions of MAGA-hatted bigots into tolerant freedom lovers. Socialists recognize that there will likely be another neo-fascist on the ballot in 2024, assuming Trump himself does not run again.

That difference in perspective is key because it informs strategy. It’s the reason why suburban wine moms and A-list celebrities across the country think that they can somehow tweet away totalitarianism, because unlike socialists, they do not recognize the truth behind abolitionist Frederick Douglass’ words: “Power concedes nothing without a demand. It never has, and it never will.”

Mainstream democrats have proven themselves incapable of making that demand. Nancy Pelosi could have easily forced a government shutdown to make certain that Trump’s Supreme Court nominee, Amy Coney Barrett, did not make it anywhere near the bench, but she chose not to. When asked what he plans to do if Trump attempts to steal the election, Biden responded that the army “will escort him from the White House with great dispatch” in spite of top general Mark Milley’s assurances to the contrary. In other words, Biden himself plans to leave the defense of our democratic institutions to those who have no interest in fighting for them.

The Democratic Party and its politicians have demonstrated time and time again that they will not fight for the beliefs and priorities of their constituents, refusing to support policies that are wildly popular like Medicare for All and the Green New Deal. It now appears that they will not stand even to maintain the basic democratic institutions of our country. Since they will not do it, someone else will have to.

This is where the s-word (socialism) comes back into the picture. What socialists know that millionaire talk show hosts will not tell you is that politics is, and always has been, about class. Putting all the pageantry and virtue-signaling aside, Biden and Pelosi have a lot more in common with the likes of Trump and Jeff Bezos than they do with any of us.

The reason Speaker Pelosi can’t be bothered to defend the basic human decencies she claims to stand for is because she knows that, at the end of the day, she can retire to her $24,000 fridges of specialty ice creams and millions of dollars in stocks, while everyone else has to worry about getting evicted or murdered by a cop. Although Trump might use that as a rhetorical weapon, they both know that the one won’t seriously try to take away the wealth of the other, while a socialist like Sanders might.

With that basic fact acknowledged, we then have to ask ourselves how the demand Douglass was talking about can be realistically made. This is the point where a lot of liberal folks tend to give up, by either resigning themselves to never meaningfully changing the world they live in or giving into political nihilism. From their perspective, no one who is not rich or famous can tangibly change the world around them. If the elites don’t want to shake things up, then there’s no point in even trying.

Socialists know better. They understand that the forces of bigotry and grotesque levels of wealth can be brought to heel but, to steal from Douglass, it is they “who would be free themselves [that] must strike the blow.” In other words, only ordinary people acting together en masse have a prayer of succeeding when our politicians have failed.

What does that mean? That means organizing ourselves in ways that allow us to properly exploit our strength in numbers. It means rebuilding the labor movement and using strikes as a weapon that can seriously impact corporate bottom lines and win concessions that directly better the lives of regular people, while also building capacity towards something as large as a general strike. It means directly building democratic organizations like the Democratic Socialists of America that will do what the Democratic Party will not: Run politicians that can be held directly accountable to their base, while also using the label of a democrat to successfully navigate America’s two-party system.

It is more than just protesting with an occasional riot sprinkled in. At the end of the day, protests are mostly symbolic. They have a role to play for sure, but they cannot be relied upon to secure demands in and of themselves. This doesn’t mean you can’t vote for Biden. In fact, many socialists are. But they are doing it with the knowledge that it is simply a single step on the road — not the destination. They know that they will have to stay at work in their communities long after the election is over, however it ends, if there is to be any hope for this country to live up to its promise.

So go ahead and vote for Biden, if that’s what makes you most comfortable. But know that if voting for the man that wrote the 1994 crime bill and a cop is all you have done to stop fascism, then at best, you are simply forestalling the inevitable.

Taylor Clark believes that Joe Biden and Instagram–activism will not prevent fascism, but millions of people joining labor unions and the Democratic Socialists of America could.

Joe Biden may not defeat fascism, but handing fascism a victory by letting Trump win doesn’t seem great either.

Wow, because it worked so well in Brazil, right?

You can be as idealistic as you want, but best-case scenario you create an aristocracy. I promise there’s not a country that’s even tried democratic socialism you’d want to move to.

Good point Jeff, but let’s be clear that the primary cause of the failure of democratic socialism in the Southern hemisphere is United States intervention. That is evidenced in many places, but most dramatically in the sudden death of Hugo Chavez.

It’s not really fair to imply that it would’ve been all fine and peachy if XYZ never happened, considering democratic socialism has never “worked” anywhere in the first place.

It’s an impossible ideal. Maybe in a perfect world under controlled conditions, yes. But life happens, and that ideal is not nearly resilient enough to withstand it.

As the author of this article, I have to say the other two comments are actually hilarious to me.