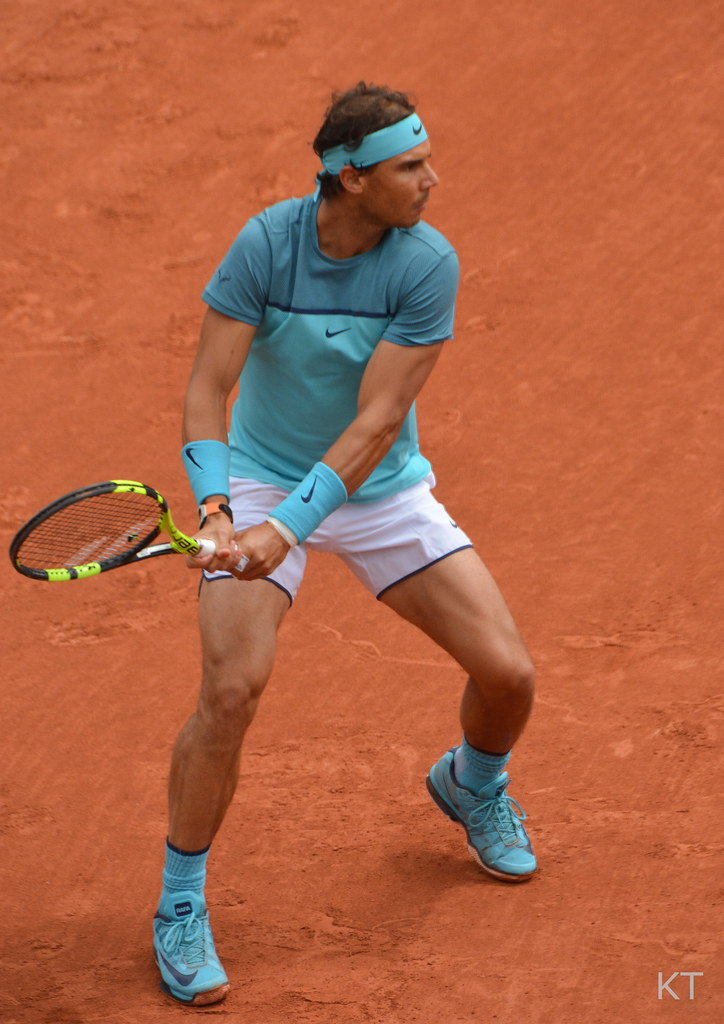 Rafael Nadal’s, more commonly known as the “King of Clay,” dominant French Open (Roland Garros) win earlier this month proved to be historic in multiple ways. He won his 13th French Open without dropping a single set, which is the most Grand Slam titles any individual has ever won at the same venue. In the same tournament, Nadal tied Roger Federer’s record of 20 Grand Slams, the most among men. This victory also gave Nadal his 100th match win at the French Open, a tournament in which he has only lost two matches. The Spaniard is also the oldest French Open champion since Andrés Gimeno in 1972. The enormity of this achievement warrants a reflection of Nadal’s dominance of the most difficult major to win.

Nadal clinched his maiden Grand Slam during his French Open at the mere age of 19. He came into the tournament with a 17-match streak on clay, making him one of the favorites to win the title. Leading up to the final match, Nadal defeated No. 1, Roger Federer. A final win against Argentina’s Argentina’s Mariano Puerta propelled Nadal into the No. 3 spot in the world.

Nadal defended his first French Open title by besting Federer 1–6, 6–1, 6–4, 7–6(7–4).  Coming into the tournament, Nadal had won all four European tournaments he had entered, which he played, beating Federer for two of those titles. This win was Nadal’s second Grand Slam title, his 6th consecutive victory on clay, and his 14th match win streak at Roland Garros.

Nadal successfully defended his past two French Open titles by again defeating Federer in the final 6–3, 4–6, 6–3, 6–4. Coming into the tournament, he won three out of the four European clay tournaments:  Masters Series Monte Carlo, the Open Sabadell Atlántico in Barcelona, and the Masters Series Internazionali BNL d’Italia in Rome. This win marked his third Grand Slam title and his 21 match win streak at the tournament.

Once again, Nadal defended his three consecutive French Open titles by defeating Federer in straight sets. This was the fourth straight year that Nadal had defeated Federer at the French Open and also marked the fourth consecutive year Nadal won the tournament. Nadal had also won the tournament without losing a single set. This win extended his match-winning streak to 28. He later won Wimbledon and an  Olympic Gold medal at the 2008Beijing Olympics.

Nadal experienced his first loss at the French open during 2009 after losing in a 4th round upset against Robin Soderling, the eventual runner-up. This loss snapped his 31 winning-match streak at the tournament. However, he ended up winning his fifth French Open title by defeating Soderling, the very player who defeated him the year earlier, 6-4, 6-2, 6-4. Just like in 2008, Nadal was able to win the tournament without dropping a single set. By winning the title, Nadal regained the world No. 1 title from Federer. Nadal later went on to win Wimbledon and the US Open.

Nadal was able to successfully defend his three consecutive titles by defeating David Ferrer in a 6–3, 6–2, 6–3 set. This was his fourth straight French Open title and his eighth title overall. This victory marked his 59th win at the tournament, which surpassed the previous record held by Federer and Guillermo Vilas.

Nadal defended his four consecutive French Open titles by defeating Djokovic 3-6, 7-5, 6-2, 6-4. This win marked his ninth French Open crown and this fourteenth Grand Slam title. Not only was he the first man to win the same Grand Slam nine times, but he also was the first man to win the tournament five times in a row. During his 2014 tennis season, Nadal suffered from multiple injuries that prevented him from defending his title at the Barcelona Open and the Monte Carlos Masters (European clay tournaments); nonetheless,, he bounced back to win the French Open.

After losing to Novak Djovik in the 2015 French Open quarterfinals and withdrawing from his third-round match in 2016, Nadal captured his 10th French Open title and 15th Grand Slam title by beating Stan Wawrinka 6-2, 6-3, 6-1. He also won the tournament without dropping a single set. With this win, Nadal became the first male player to win 10 singles titles at the same Grand Slam. He went on to win the US Open and ended the year as the top player in men’s tennis.

Nadal defended his 2017 French Open title by defeating Domonic Thiem 6-4, 6-3, 6-2, and thus won his 11th French Open crown by only dropping a single set the whole tournament. He tied Margaret Court’s all-time record of 11 Grand Slam singles titles won at one major. Although he was plagued by a variety of injuries, he ended the year No. 2.

Nadal defended his two consecutive French Open titles by again defeating Domonic Thiem 6-3, 5-7, 6-1, 6-1. This was his 12th French Open title which broke the all-time record for the most singles titles won by a player at the same Grand Slam Tournament. He also won his ninth Italian Open title (European clay-court tournament). He later won the U.S. Open.

Just earlier this month Nadal defeated Novak Djokovic 6-0, 6-2, 7-5 to defend his three consecutive titles and win his 13th French Open title. This was the fourth time that Nadal had won the tournament without dropping a set. He broke his previous record of most singles Grand Slams won by a single player and tied Federer’s record for the most Grand Slams singles title won by any player in the Open year. He became the first player to win 100 matches at the French Open.