The Daily Nexus
Film & TV
Defeating Fear With Laughter: “The Great Dictator” in a Modern Context
October 25, 2020 at 10:07 pm by Jonathan Kim 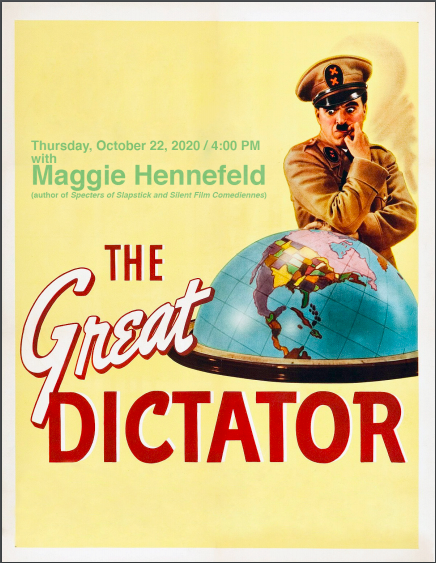 Last Thursday, Maggie Hennefeld, associate professor of cultural studies and comparative literature at the University of Minnesota, Twin Cities, and Miguel Penabella, a Ph.D. candidate in film and media studies at UC Santa Barbara, graciously invited UCSB students for a Zoom discussion as part of the Carsey-Wolf Center’s ongoing series on subversive cinema, which is appropriately titled “Subversives.” The focus of this event was on none other than Charlie Chaplin’s comedic masterpiece, “The Great Dictator.” And, really, what could possibly be a more quaint way of spending a Thursday afternoon than discussing a 1940s film ridiculing Nazism and its hateful leader in 2020, when such worries are now but a distant memory of the past?

I kid, of course, and so did Chaplin when he worked on this subversive film. Perhaps the most notable aspect about the subversiveness of “The Great Dictator” was how it was banned in multiple countries, including European nations occupied by the Nazis at the time as well as a number of nations in Latin America. According to Hennefeld, “There’s really no better hallmark of a subversive film than its prohibition by a system that finds it fundamentally threatening.” She also mentioned that the film was met with mostly positive reception at the domestic box office, but the conservative America First Committee decried the film, indicating that, at the very least, it was subversive to Republicans in the U.S., which she said “is always a great thing.”

“The Great Dictator” satirizes Nazis and particularly goes out of its way to parodize Adolf Hitler with the buffoonish character Adenoid Hynkel. Hennefeld noted that while the classic film functioned with this premise back in 1940, it is an outmoded method of combating fascist leaders today. “[Donald] Trump, for example, maybe more resembles Hynkel than Hitler. He’s obviously cruel and dangerous, but he sort of incorporated his own self-parody into his persona,” Hennefeld said. She continued to state that Trump, along with other buffoonish authoritarian leaders like Silvio Berlusconi or Volodymyr Zelensky, is a part of a neo-authoritarianism that is absurd in itself to the point that it’s questionable how much work satire can actually do against it.

Hennefeld discussed her own personal experiences in college in the mid-2000s, binge-watching “The Daily Show” in its prime and feeling as though her “laughter was inherently political — maybe to a point that it could take the place of activism.” Meanwhile, money was being infused into politics to ensure that the Republicans were solidifying their power.

“I think that if satire leads us to underestimate our enemy or not to take activism more seriously, that’s maybe more dangerous than not. I think we’ve been disillusioned about how far satire can actually go in recent years, and that’s probably a good thing,” Hennefeld said.

However, Hennefeld was careful to mention that she still does enjoy political satire and doesn’t believe that it has lost its place in a modern context, saying, “Laughter is essential; satire defeats fear with laughter, and it can get us through the day and give us hope and helps us feel politically engaged at a time when the present is so destabilized and the future feels so unimaginable.” 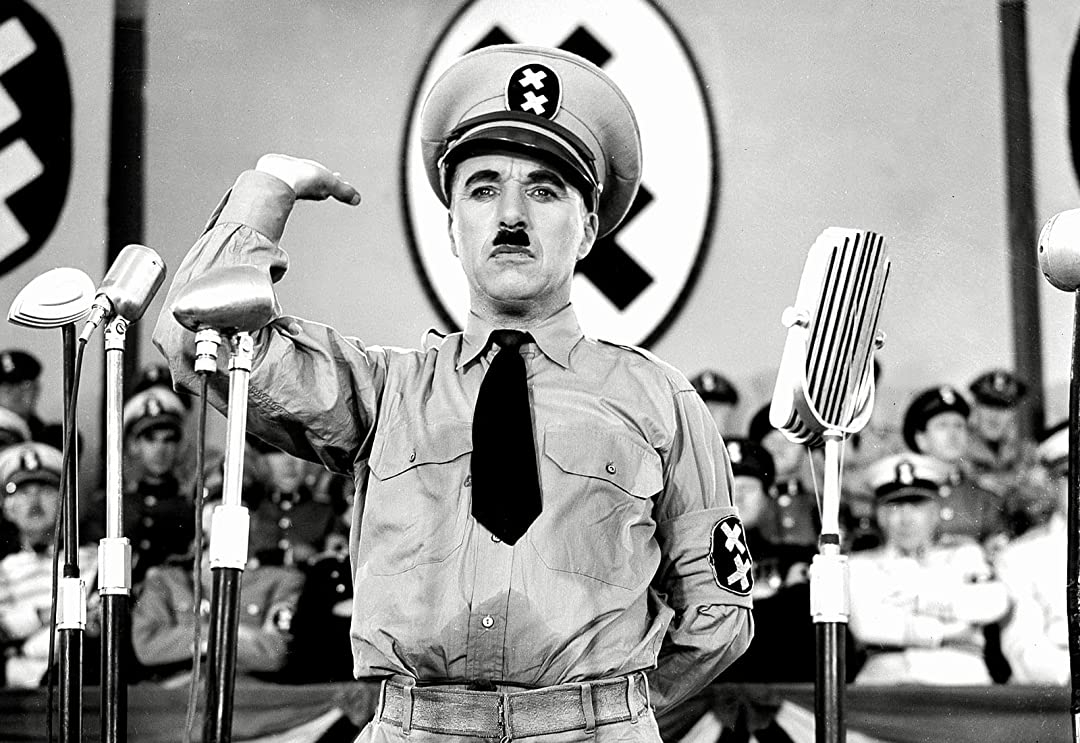 Regarding the relevance of “The Great Dictator” today, Hennefeld believes that the text is still very worth engaging with but it is no longer a subversive one because “no one is a greater parodist of Trump than Trump himself.” She feels that it’s unlikely that alt-right members or neo-fascists of today would feel the subversive effects that the film once had if they were to watch it now. “Authoritarianism looks so different now: it’s white polos instead of brown shirts; it’s edgy jokelords on Reddit instead of radio-broadcasting propagandists,” Hennefeld said.

The last 10 minutes of the event were used for an open Q&A session, during which participants were able to ask Hennefeld any burning questions still left after the discussion. One participant asked for Hennefeld’s thoughts on Theodor W. Adorno’s critique of the film, who said that “The Great Dictator” trivialized political reality for the sake of political commitment. Hennefeld replied by reiterating that satire defeats fear with laughter on the one hand, but it also trivializes political trauma and tyranny that we really need to be taking seriously rather than through the vein of lighthearted slapstick gags. In the film, a Jewish girl can hit a line of stormtroopers on the head with a pan and get away with it, which poses the danger of leading viewers to underestimate their enemy.

For her last comments, Hennefeld suggested that participants join her in watching “Borat Subsequent Moviefilm,” which was released this past Friday, because of how well it seemed to serve as an analog to everything spoken about in the discussion up until then. While political comedy becomes a harder and harder tightrope to effectively balance upon, the true power of defeating fear with laughter is a valuable one that comedians will never give up on — whether this be through making out a mass-murdering fascist to be an incompetent buffoon, or by potentially exposing the current president’s lawyer to be a pedophile.