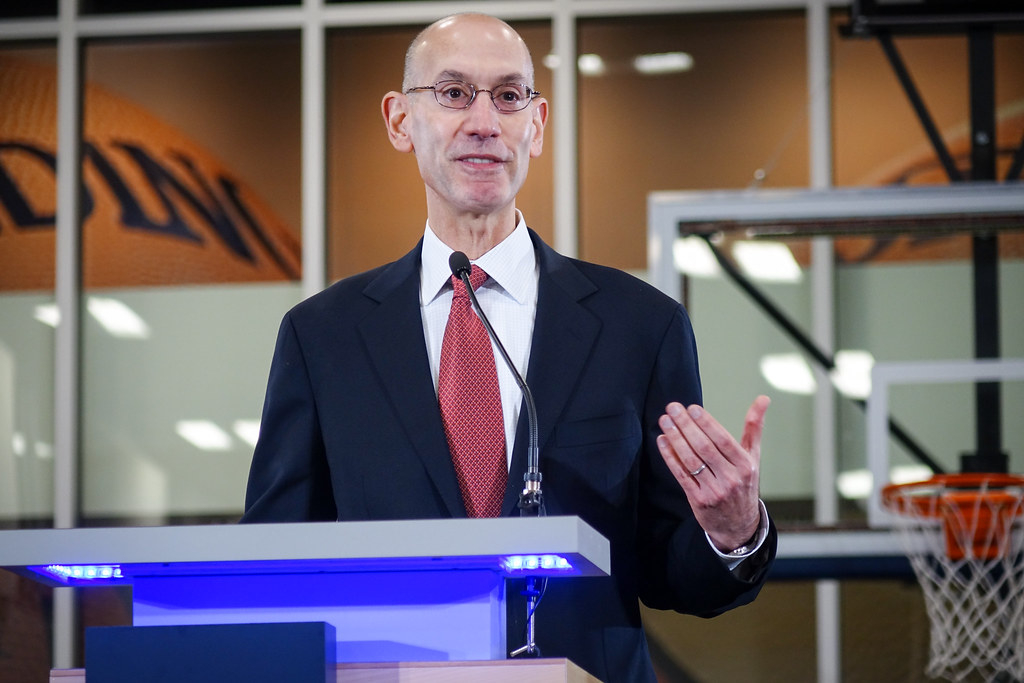 As the 2019-20 NBA season comes to an end with the Lakers winning their 17th title, one can come to appreciate how this season was able to continue amid the COVID-19 crisis. Adam Silver, the commissioner of the NBA, set up an ambitious plan: Continue the rest of the NBA season in an isolated “bubble.” In this bubble, there were strict regulations on who could come in or out, as well as an extensive list of guidelines to follow to prevent the spread of COVID-19. The result of this bubble was a huge success, with zero reported cases of COVID-19 in the bubble. Initially, from observing what the NBA did and their successes, I looked to find ways for college sports to adapt principles from the bubble in order to start up their programs on a larger scale once again. But through my research, I realized the underlying factors in place that made the NBA bubble possible do not translate into other areas due to these three main factors:

The NBA bubble cost an exorbitant amount of money. The NBA had to pay for players living at three Disney resorts, chefs, entertainment and COVID-19 testing, among other expenses. Joe Vardon, a senior writer at the Athletic who participated in the bubble, estimated that the total cost of the operation was $170 million. On top of that, the NBA lost around 40 of its revenue due to fans not being present in the arena and spending on purchases during games. Comparing this to UCSB’s expenses, the university’s basketball program tends to make and spend about $14.8 million, according to College Factual. With an expected cut to the revenue side, increasing the cost in such a drastic way would not be feasible for a school such as UCSB.

Another aspect of the bubble that would not translate well into the college scene is the ability to maintain the mental health of athletes. Within the bubble, many NBA players reported having struggles with their mental health. LeBron James mentioned, “I’ve had numerous nights and days where I’ve been thinking about leaving the bubble. I think everyone has. I don’t think there’s one person that has not had a mind that said ‘oh, I’ve got to get the hell out of here.’”

Other players such as Paul George mentioned, “I underestimated mental health. I had anxiety. A little bit of depression. Us being locked in here, I just wasn’t there. I just checked out.”

A variety of reasons could have led to these struggles such as the isolation that players are in, allowing them to become trapped in their thoughts more easily, or the fact that these players were separated from their families for months, only being able to see a couple of family members two months into the bubble. The NBA also had the luxury of having a team therapist in order to help and manage their struggles on a daily basis. While there are ways to manage mental health, colleges would lack the resources to be able to provide this to student athletes.

The NBA is a massive multibillion-dollar organization that has connections to many different agencies. Because of its connections with Disney, the NBA was able to rent out the Walt Disney World Resort, which possessed the perfect infrastructure for a situation like this. Unfortunately, these are not available around the country, making it nearly impossible to create an atmosphere where players can play their sports and have a living situation that would allow for the same success that the NBA bubble had.

The NBA bubble is one of those once-in-a-generation type of events. It made the 2019-20 NBA season unique and provided an atmosphere that allowed fans to experience one of the most equal-footed NBA seasons in many years. While college sports may not be able to have their own “bubble,” there are still things they can take away from it and apply to their own leagues.