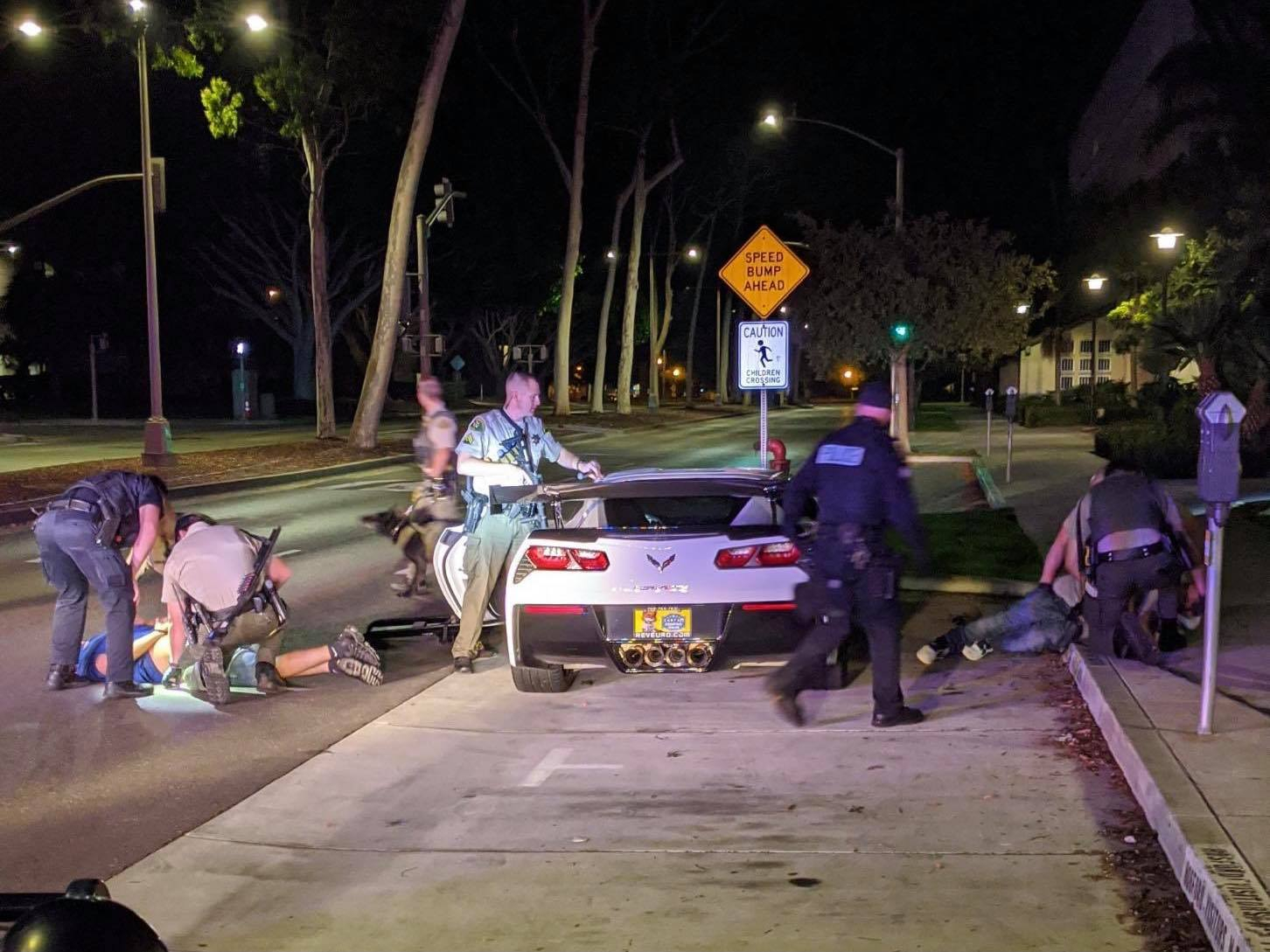 After a 50-minute standoff and the addition of UCSB Police Department officers and a K-9 unit from SBSO, the subjects surrendered, turning over a handgun and ammunition. Courtesy of Raquel Zick

Deputies were originally responding to a report of people shooting a firearm into the ocean at 1:56 a.m. in the area around the intersection of Camino Del Sur and Del Playa Drive, according to a press release from the Santa Barbara County Sheriff’s Office (SBSO), but the suspects left the area in a white Chevrolet Corvette with a black spoiler before they arrived.

Five minutes later, deputies located the vehicle near El Colegio Road and Ocean Road and proceeded with a “high-risk traffic stop,” the press release continued, during which the vehicle’s two occupants refused to leave the vehicle.

After a 50-minute standoff and the addition of UC Santa Barbara Police Department officers and a K-9 unit from SBSO, the subjects surrendered, turning over a handgun and ammunition, the press release continued.

Both suspects, 22 year-old Brayan Aguilar-Jimenez of Goleta and 25-year-old Raul Cortes of Fresno, were charged with negligent discharge of a firearm, failure to obey a peace officer, resisting arrest, conspiracy and possession of a controlled substance, according to the press release, and were released on $35,000 bail; Aguilar-Jimenez was also charged with driving under the influence of alcohol.