As my housemates and I were scrolling through Netflix a week ago, one show in particular caught our eye: “Emily in Paris.” The 10-episode show proved to be a binge-worthy series — but not for the reasons one might think. 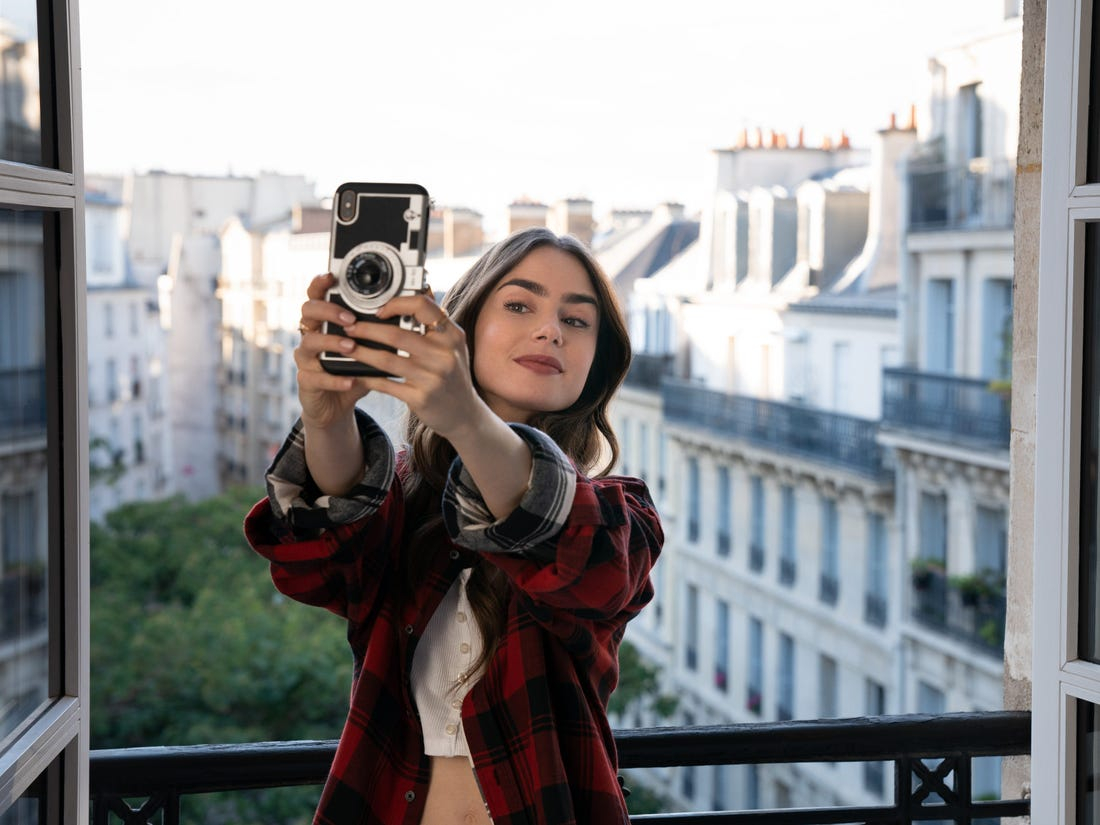 The new Netflix original series from Darren Star (creator of “Sex and the City”) follows Lily Collins as Emily Cooper, an American woman who moves to Paris to work for a marketing agency called Savoir. There’s just one problem: Cooper doesn’t speak French, nor does she know anything about French culture. As a result, her boss, Sylvie Grateau, immediately takes a disliking to Cooper, labeling her as a typical American who doesn’t have respect for other cultures.

While the show paints Grateau, played by Phillippine Leroy-Beaulieu, as the main antagonist, she is correct about Cooper to some extent. A good example of this can be seen when Cooper complains about the use of masculine and feminine nouns in the French language, criticizing how “le vagin” is masculine. Cooper starts a social media storm revolving around “le vagin” by posting about it on her Instagram. If this happened in reality, it would be seen as performative, as it would not contribute anything of value to the feminist discourse.

Along her journey, Cooper meets Mindy Chen, portrayed by Ashley Park, a fellow nonnative. They quickly become friends, and Chen even plans a welcome party for Cooper. And what is a story in Paris without a handsome Frenchman? Enter: Gabriel, played by Lucas Bravo. Gabriel is introduced early in the series as Cooper’s attractive downstairs neighbor and — you guessed it — love interest. Although most of the conflict in “Emily in Paris” arises from her workplace troubles at Savoir, the love story between Gabriel and Cooper is way more compelling (and frustrating).

Besides that, however, there was not much else in the show that was worth watching. It was hard to become invested in Cooper as a character and empathize with her problems because every conflict she had in the workplace seemed to be resolved within 20 minutes. There was no real struggle in overcoming these issues, and with that aspect of realism lost, the audience isn’t left with much to work with. Furthermore, Cooper is shown to be a lifestyle influencer throughout the series, and her fanbase grows at an exponential rate on Instagram. She has about 48 followers when she first arrives in Paris and quickly gains 20,000 followers within a matter of a couple months, even though all of Cooper’s content is low effort and nothing out of the ordinary. Yet, for the sake of plot convenience, she becomes an influencer.

In the interest of delving deeper into Cooper as a character, persistence may be her defining trait, which translates into condescension and an unwillingness to accept her errors at times. For instance, she orders steak at a restaurant with Chen, but when it comes out too rare, she tries to send it back before tasting it. Chen tries to convince Cooper that her meal is how the French prepare their steak and even offers to switch plates with her, but Cooper refuses, saying that “the customer is always right.” The chef comes out and attempts to rectify the situation, having Cooper try the steak before sending it back again. Clearly, Grateau was right when she contended that Cooper had a lack of respect for French culture.

At times, the costume design was a bit questionable, especially for Cooper. As a self-proclaimed fashionista, one would expect her to dress like she wasn’t stuck in a 2014 Pinterest board. In many of her outfits, the patterns and colors clash, and these sartorial choices really make the audience wonder how Cooper ended up in one of the biggest fashion capitals in the world with such an atrocious style.

To the show’s credit, the beautiful scenery was one of the highlights of “Emily in Paris,” as it was actually shot in Paris. You can actually go visit La Boulangerie Moderne, the bakery where Cooper buys her pain au chocolat. Or, if you prefer a more natural scene, you can go to the Jardin du Palais Royal, where Cooper and Chen first meet. One particularly eye-catching scene is when Cooper and Gabriel sit down at a Van Gogh art exhibition, with a painting being electronically projected onto them. The cinematography perfectly captures the emotion displayed in the scene, and it was reminiscent of something out of an A24 movie.

Furthermore, a lot of the side characters are decently interesting and funny, like Cooper’s coworkers Luc and Julien, played by Bruno Gouery and Samuel Arnold, respectively. Chen has a shocking and tragically hilarious backstory of her own, and Cooper’s other friend Camille, played by Camille Razat, gets entangled in Cooper’s romantic life in an unexpected way. It was great to see so many fresh faces in “Emily in Paris;” Netflix hired actual French actors to play a lot of these roles, and they nailed them. Cooper is definitely a step away from some of the more serious roles Collins has played before, like her role as Ellen in “To the Bone,” or Clary Fray in “The Mortal Instruments: City of Bones.” This goes to show how versatile Collins is as an actress, as she played the role of Cooper very well despite the protagonist’s inherent flaws.

Overall, “Emily in Paris” falls very short of becoming an iconic series and instead is more like a dollar store’s “Gossip Girl.” That being said, it was difficult to stop watching. Not because it’s good, but because the show interests the audience just enough to keep them wanting to know what happens next. The show doesn’t do a fantastic job at making the audience become invested in the characters themselves, but more so the relationships between the characters and the main storyline. So, at the end of the day, “Emily in Paris” is actually thoroughly entertaining in spite of its flaws, and with each episode being about 30-minutes long, it’s a good “bad” show to binge if you’re looking for something to project your Parisian fantasies onto.