The Daily Nexus
Society & Psychology
The Balancing Act: “Using and Refusing the Law”
September 24, 2020 at 6:00 pm by Sean Crommelin

The Mapuche of Chile, unlike many other Indigenous people in the Americas, managed to hold onto their land through military force until only relatively recently. Even going into the 1870s, they kept a grasp on an expansive swath of southern Chile. This land was known to them in their native language as Wallmapu. 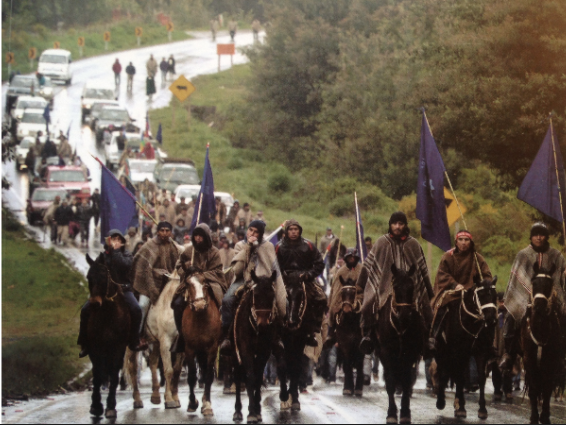 Mapuche activists parade down a road on horseback. Courtesy of Charles Hale

However, from decade to decade, more and more Mapuche land faced encroachment by the Chileans, and their territorial holdings shrank drastically.

In the 1970s, the left-wing government of Salvador Allende attempted to rectify these injustices and return the Mapuche’s land to them. However, a U.S.-backed military coup brought Augusto Pinochet to power, who backtracked on these policies and instead prompted the rapid consolidation and expansion of exotic forest plantations, hoping to spur a great Chilean economic recovery.

Fast forward more than a generation.

Charles Hale, an anthropology professor at UC Santa Barbara, arrived in Patagonia in southern Chile in 2017. He came to land that had historically belonged to the Mapuche people — but at the time was being held in a stranglehold by the Chilean forestry industry.

There, Hale and his collaborators, which included the likes of the Mapuche anthropologist Rosamel Millaman as well as the Chilean human rights lawyer José Aylwin, sought to answer the question of how, perhaps, the Mapuche could reclaim their ancestral land.

“When Pinochet was finally deposed by a democratic process and democracy returned to Chile in 1991, the Mapuche began to mobilize for the recognition of their former territory,” Hale said.

Legal disputes between colonizers and the colonized have been the object of intrigue and intense study among anthropologists for decades.

In the early 2000s in Nicaragua, Hale was called as an expert witness for the landmark court case Awas Tingni Community v. Nicaragua — which eventually went up to the Inter-American Court of Human Rights — in which the Awas Tingni used oral history as evidence of their traditional habitation of lands which the Nicaraguan government had earlier conceded to the Korean lumber company SOLCARSA.

“Often, when Indigenous people have been forced off their land, very rarely do they have titles to the territory that they claim is theirs,” Hale said.

One way to give validity to these territorial claims is through the use of oral history to demonstrate traditional occupancy: occupancy from time immemorial.

“This whole strategy was to convince the court that oral testimony was a means to verify territorial rights,” Hale said.

“The judges ultimately ruled in favor of the community. That became a major precedent for Indigenous territorial struggles throughout Latin America and throughout the world.”

However, despite this monumental ruling, the Awas Tingni found themselves fraught with challenges afterward — ranging from internal divisions to an unwillingness from the Nicaraguan regime to respect the rights that the community had won — that prevented them from taking full advantage of their legal victory.

Years later, Hale and his collaborators came to the Mapuche, who found themselves in a similar predicament. However, instead of using the courts, Hales and his collaborators began to look into forestry certifications, namely certifications from the Forest Stewardship Council (FSC), as a means to pressure companies to acquiesce to the Mapuche’s claims of ancestral land ownership. 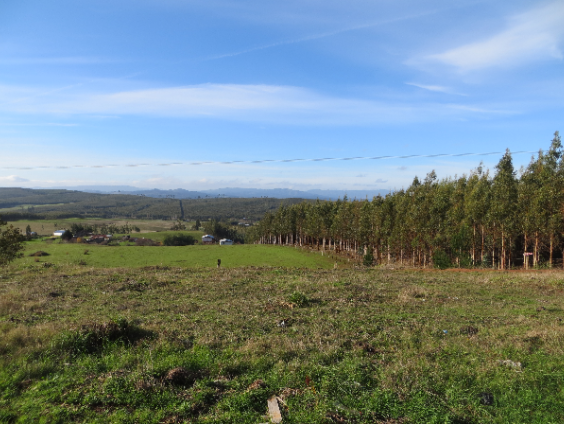 “Say you buy seafood or coffee, or organic vegetables. There’s a certification [to show] that the food was grown or harvested responsibly — no chemicals, fair labor, that kind of thing,” Hale said.

“FSC claims that one of the principles that goes into that certification is respect for Indigenous rights. “

Hale and his collaborators theorized that the FSC certification could be used to put consumer pressure on the foresters; they brought this to the attention of Indigenous leaders.

The Mapuche, however, didn’t bite. They were — in fact, are — incredibly skeptical of this proposition.

So, for both the Awas Tingni and the Mapuche, what went wrong? Hale believes the two case studies are a lesson in extremes.

In a paper published in American Anthropologist, Hale describes two dichotomous strategies which he has observed, namely “using and refusing the law,” and the difficulties in achieving a balancing act between the two.

There is a struggle, as Hale describes, between “using” the law to advance one’s interests and “refusing” the tenets of it which invalidate one’s culture.

“Indigenous struggles have very little confidence in western law, because western law is predicated on the elimination of Indigenous lifeways,” Hale said.

“They feel like they have to give up too much in order to get protection that the legal system would provide. So they’re constantly in a dilemma where they want to use the law, but they don’t want to accept all its parameters, because if they accept the law completely they risk undermining their own struggles.”

In Nicaragua, for instance, Hale argues that the Awas Tingni were so singularly focused on winning the legal case that they didn’t recognize other important aspects of the struggle which were needed to maintain momentum following the ruling.

“They found that they had abandoned a little too much of the speaking and the organizing and the internal work that was needed to keep them strong,” Hale said.

In the present day, the Mapuche find themselves on the other end. They’re skeptical of the entire system out of a concern that using western-devised pathways to achieve their goal will “undermine the basis for their refusal,” as Hale describes. 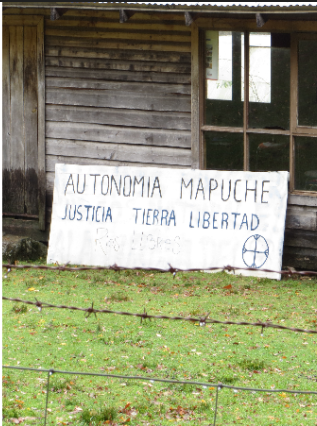 “Refusal is a certain kind of critical stance. It’s a stance of defending your own lifeways. It’s a stance that you can’t submit to the dominant. And it’s very powerful. That’s often what drives these movements and motivates people to get involved.”

Once one works within the legal system, a different logic takes hold. The need for money and lawyers arises. In working in legal and political institutions as they exist now, one is drawn, as Hale describes, “into a different set of sensibilities and politics.”

Hale believes that the most effective movements must be able to do both — use and refuse the law — and move back and forth between the two approaches to these issues. In fact, this balancing act between strategies goes beyond the conflicts between colonizers and Indigenous people. In the modern world, it even applies to, as Hale describes, “the current moment.”

“There is what some people are calling a civilizational crisis. We have the convergence of so many really deep structural problems in our society that are global. There’s a strong argument that we need to shift in a pretty deep way.”

“Now, if you believe that, and as that argument grows as the 21st century advances, then what that brings on is a use and refuse dilemma because we have to be able to think outside the limit of what’s currently imaginable in order to try to create something different — that’s the refuse — but we also have to use the tools that we have in order to make that change,” Hale said.

“It’s an interesting moment where we may be looking to people who have been marginalized. After seeing people in this category who have been struggling with this idea of ‘use and refuse’ for a long time, now they may just have some of the answers that society needs to draw from.”