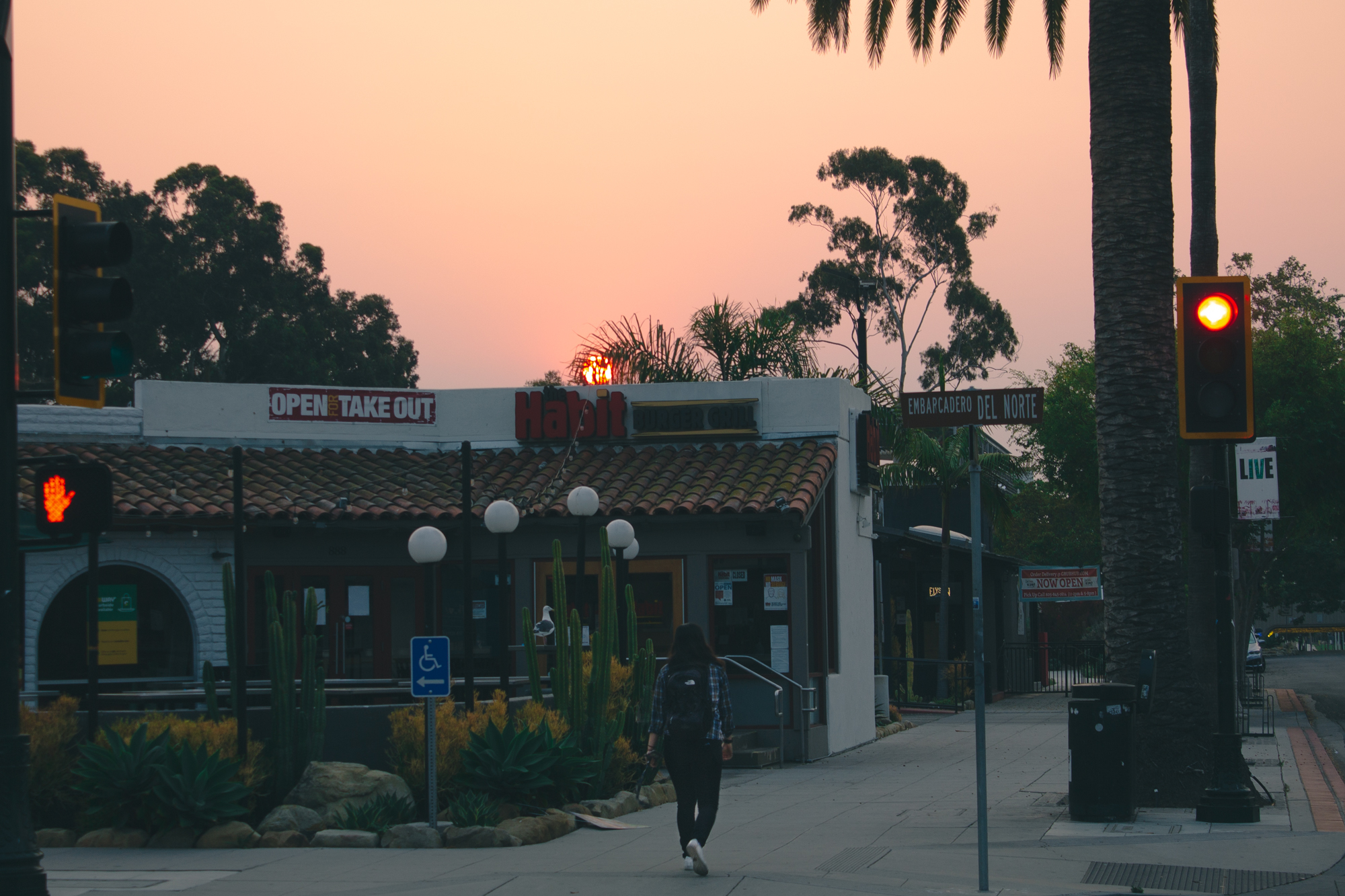 Air quality conditions are expected to deteriorate through the end of this week, according to the press release, as smoke is set to quickly descend to ground level from the upper atmosphere.

Particulate matter smaller than 2.5 microns — known as PM2.5 on the rating scale — is most affected by the smoke and has been deemed “unhealthy” in Santa Barbara, Goleta, Santa Maria and Lompoc, and “moderate” in Santa Ynez, according to the air pollution control district website.

For PM10, a slightly larger particle rating, Santa Barbara, Goleta, Santa Maria, Lompoc and Las Flores Canyon have been classified as “moderate,” according to the pollution control district website; all ozone ratings in the county are currently listed as “good.”

Residents are advised to limit time spent outside, close all windows and doors, stay hydrated and be vigilant, as the “dynamic situation” precipitated by wildfires can cause sudden changes in air quality, the press release said.

According to the California Department of Forestry and Fire Protection, there are over 7,700 active wildfires, the closest of which — known as the “Bobcat Fire” — has burned over 30,000 acres in the San Gabriel Canyon outside of Los Angeles and is at 6% containment; in 2020 alone, over 3,000,000 acres of land in California have been set ablaze by wildfires.