The Daily Nexus
News
From the Computer’s Glow, FSSP Offers a Remote Freshmen Experience
September 1, 2020 at 12:36 pm by Yuriko Chavez

UC Santa Barbara’s Freshman Summer Start Program, a six-week program during which incoming freshmen take summer classes ahead of fall quarter and learn about UCSB’s resources, is being held entirely online due to the coronavirus pandemic. 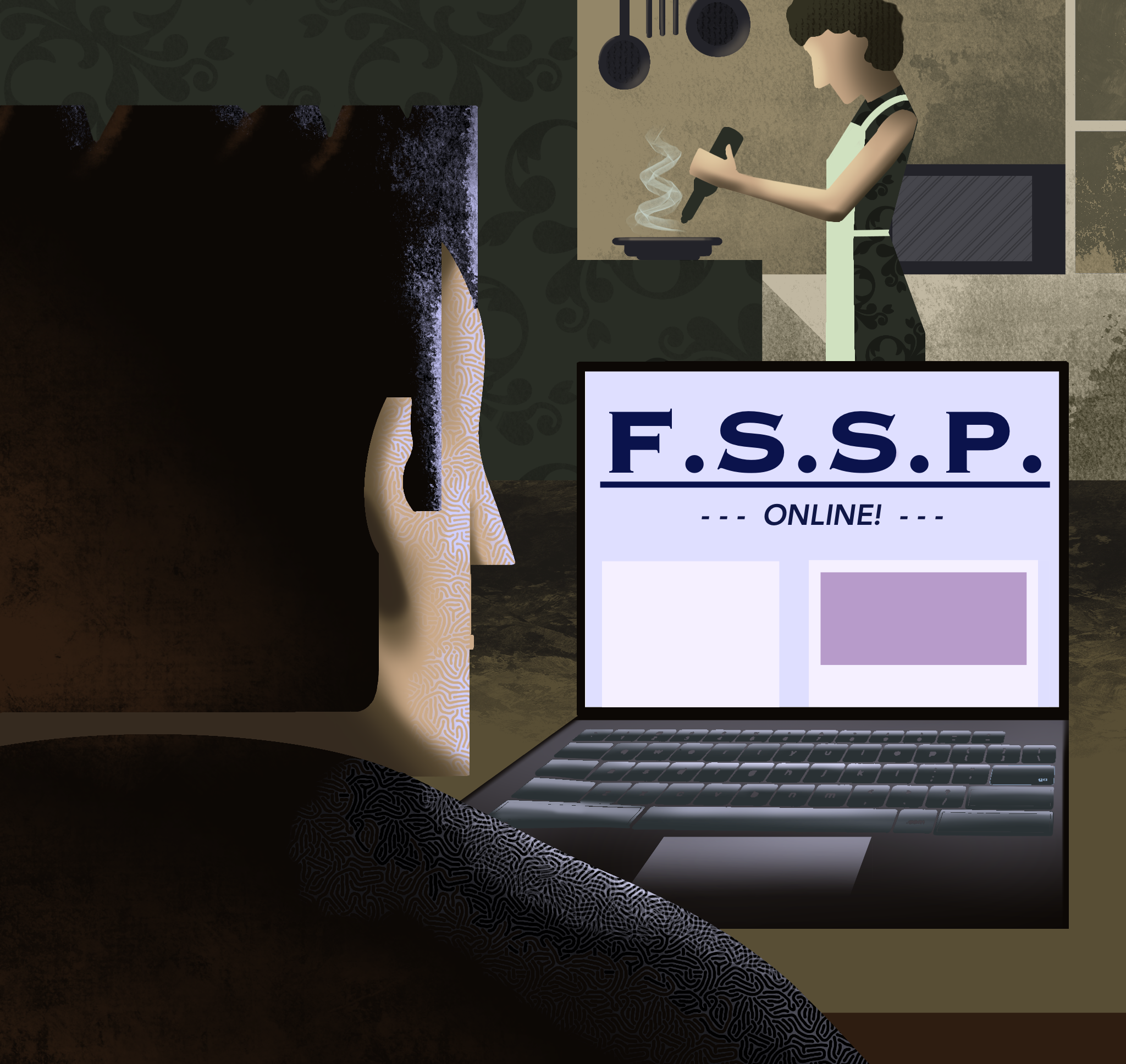 Under normal circumstances, FSSP would be held on campus and its attendees would dorm at the San Nicolas Residence Hall, but this summer it was held virtually. Marcello Frisina / Daily Nexus

Under normal circumstances, the Freshman Summer Start Program (FSSP) would be held on campus and its attendees would dorm at the San Nicolas Residence Hall. However, health concerns have barred the program’s students from experiencing its usual format — involving in-person classes and exploring UCSB’s beachside environment — in exchange for one behind a computer.

Transitioning the program into the world of online learning and virtual socializing was not the experience that Ralph Gallucci, a professor in the classics department and one of the program’s directors, intended.

The two main goals of FSSP for students have always been “to transition at the university to make friends, and to know where everything is and understand all of the opportunities and resources that are available,” according to Gallucci, who also hosts the normally Campbell Hall-packing Greek mythology class, Classics 40, during FSSP.

Despite the challenge of online instruction, Gallucci said the program is still able to show students the university’s resources virtually. With over 70 activities listed on Shoreline, the online platform which has connections with other clubs and organizations, students can register and attend various workshops with multiple faculty members and interact with other freshmen through Zoom breakout sessions, he added.

With students attending the online program entirely from home, FSSP has adapted; following an increase in size of 55 more freshmen than the year before, the program currently holds 530 members. And as a result of the virtual nature of this year’s FSSP, students are also exempt from the traditional housing and program service fees, saving them almost $3,500, according to the Summer Sessions website.

Keila Kazanjian, an incoming freshman and pre-political science major, said one of the main attractions of FSSP is “the idea of being able to get a head start on receiving credits and becoming more familiar with the university, as it has a very different system compared to high school.”

Another incoming freshman and physics major, Anthony Lu, said that the opportunity to interact with and get to know his professors is one of the greatest benefits of the program.

Recently, Lu attended a seminar and learned about the importance of his professors and the amount of diligence and stress that the job demands.

“It really gave [me] a different perspective about the university and about professors that we see every day,” Lu said.

While the virtual FSSP is able to share opportunities to its students, the socializing component of the program has noticeably changed. In lieu of socializing in person, FSSP now offers virtual groups on Zoom for freshmen to mingle and talk, according to Kazanjian.

James Li, an incoming actuarial science major, said that “Zoom definitely made it more awkward” but that everyone “definitely gets closer after everybody introduces themselves.”

Similarly, Lu said that even though he is in contact with numerous other freshmen, “it’s a little bit harder to find people that I can specifically … talk to personally and talk to one-on-one.”

To close the communication gap, students have been using social media and creating “group chats that are made for a certain class or certain majors” to make up for lost in-person connections, Kazanjian said.

But despite the program’s efforts to provide students with the conventional FSSP experience, some freshmen have decided not to attend the program.

“If you’re at home … you can’t really experience living in dorms [or] making your friends,” according to Hailey Pereyra, an incoming pre-biology major who chose not to attend FSSP due to the online format.

Instead Pereyra has been using Shoreline to connect with other students, as well as student life Instagram pages that have connected her to individuals and clubs that share her interests, she said.

Despite a summer of virtual social interactions — and the inconveniences they bring — FSSP students are still grateful for the program and the opportunities it has to offer.

“In general, what I’ve believed before this pandemic, and still believe now during FSSP, is that online classes are never really ideal because it removes the physical interaction with both teachers and classmates,” Lu said.

“But they can still become almost equally as enriching,” he added, “to those who stay focused, are responsible and can adapt to new environments.”